Liverpool captain Jordan Henderson lamented the situation that means some of their fans might not be able to attend this weekend’s Champions League final.

Around 1,000 supporters were left high and dry when operator Worldchoice Sports cancelled three flights because it did not have sufficient landing slots at Boryspil Airport.

Mayor of Liverpool Joe Anderson has said he is ‘working really hard’ to find a situation – alongside Kiev’s mayor – former boxer Vitali Klitschko.

Henderson said at the preview press conference: ‘It’s obviously disappointing. Difficult for them now to try to get over so we are disappointed for them they cannot come and make the final.

‘Hopefully they can find an alternative route but, if they can’t, I am sure they will support us back in Liverpool.’

Liverpool manager Jurgen Klopp added: ‘The club is trying as much as they can to find any solution to fix these things. We don’t have too much time but we try everything to bring everyone over to Kiev.’

The Reds are up against a side who are targeting a hat-trick of successive Champions League crowns – and 13th European Cup overall – but Henderson insists the Merseysiders will not be overawed. 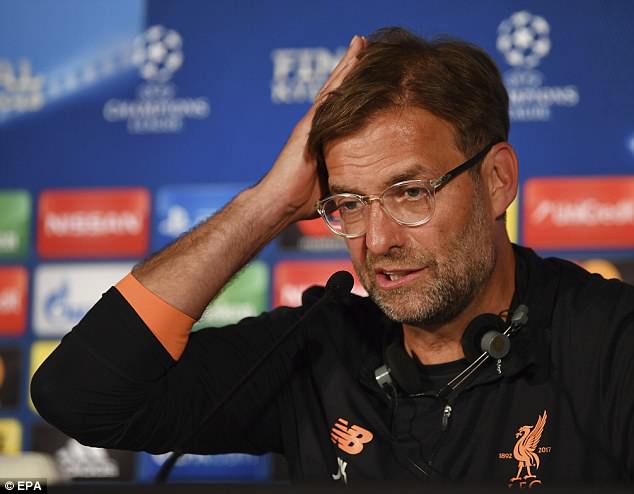 He said: ‘It is about us fulfilling our own history but we want to be remembered for our own reasons and that is winning the Champions League.

‘Anything can happen in any game, especially the Champions League final. We know Real are a fantastic team with fantastic players, but we also believe we are good players and if we can perform at the level we are capable of then we can hurt Madrid.’

Virgil van Dijk, who joined Liverpool from Southampton earlier this year for a world record fee for a defender, will be expected to martial the backline against Madrid’s formidable attacking threat.

On being a Liverpool player, the Dutchman said: ‘I think from day one the lads and the manager and staff and everyone around the club have made me so welcome and that helps a lot settling in.

‘Results help a lot as well. Liverpool is my team and Anfield is my home and I love playing for this club. 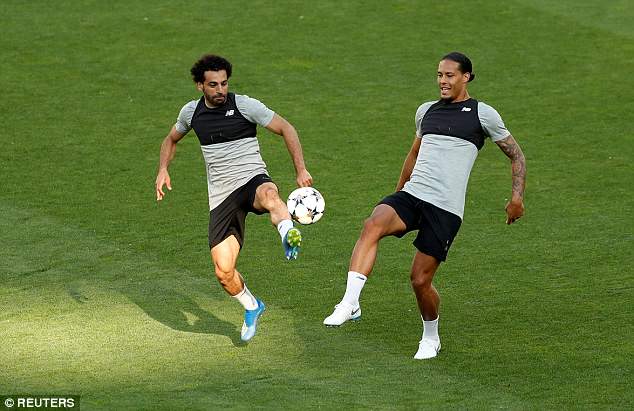