‘It’s too early to be saying stuff like that’: Jordan Henderson warns Liverpool team-mates against believing they are favourites to retain the Champions League title on eve of tricky trip to face Napoli

Jordan Henderson has warned his Liverpool team-mates of becoming complacent as the Reds captain dismissed talk the club are favourites to win the Champions League this season.

Jurgen Klopp’s side were free-flowing and a major force in last season’s competition before they clinched their sixth European crown by beating Tottenham in Madrid.

But ahead of the midweek trip to Naples – where they were beaten in the group stage last season – Henderson wants the club to avoid becoming relaxed at talk they will again go the distance. 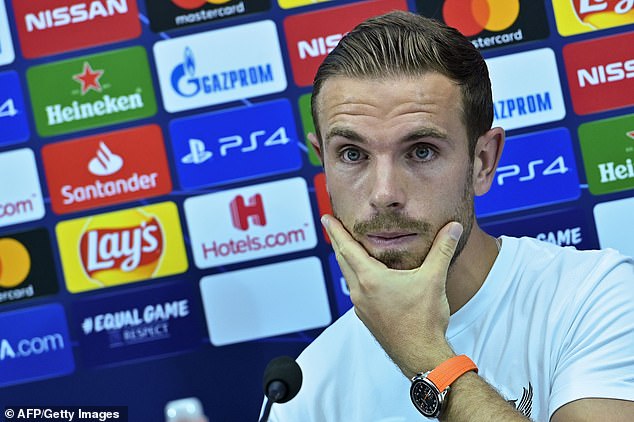 ‘I think it’s too early to be saying stuff like that,’ Henderson said on Monday.

‘For us, we’ve started the season really well and we just want to continue that on. We still feel that we can improve and get better.

‘That’s what we try to do [against Napoli], we try to give everything and start the campaign off really well.’

The two sides meet at the Stadio San Paolo for a second successive season. 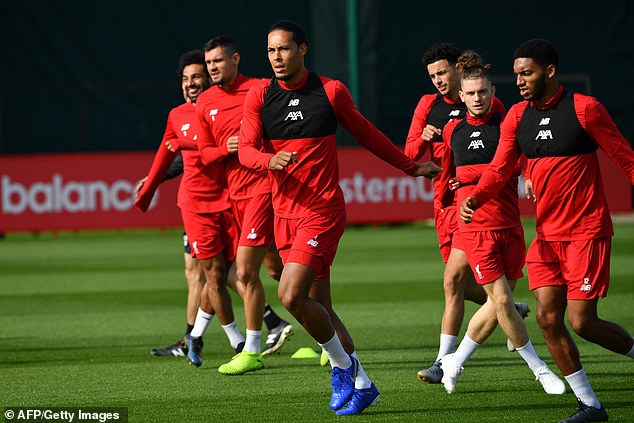 In their previous encounter in Naples, it took a stoppage time goal from Lorenzo Insigne to ensure Napoli got a vital win with the group so finely poised between them, Liverpool and Paris Saint-Germain.

This time it appears both sides are favourites to progress ahead of Genk and Red Bull Salzburg but an opening game defeat will be something both sides are no doubt keen to avoid.

Liverpool have made a 100 per cent start to their Premier League campaign while Napoli have suffered one defeat in three games – the dramatic 4-3 loss to title rivals Juventus in Turin.