A son stabbed his mother to death and killed his pet cat with a rope before jumping in front of a van in a failed suicide attempt.

Jason Nellist, 41, plunged a knife into the body of his mother Julie Clark, 59, as she shouted ‘what are you doing?’ and saying she loved him.

Nellist, who suffers from paranoid psychosis, had earlier killed his pet cat Gizmo with a rope and told a friend his ‘plan to take them all to a more comfortable, happy place’.

He then jumped in front a van that was travelling at 40mph along a busy road in a bid to take his own life, but he survived.

Mrs Clark’s body was found slumped on the kitchen floor of her house in Hereford at around 10pm on January 9.

Her son was yesterday found guilty of murder at Birmingham Crown Court but was deemed unfit to plea due to his mental health condition.

Jason Nellist, 41 (pictured), killed his mother and his pet cat Gizmo before trying to kill himself because he wanted to end their ‘nightmare life’, he told a friend before the deadly attack

The court heard the night before his deadly attack, Nellist had recorded a message on an iPhone explaining his ‘plan’ and shared it with a friend.

In the message he said he didn’t want to but he was going to kill himself, his mother and his cat because of their ‘nightmare life’.

He said: ‘The last thing on earth I would ever want to do is harm anyone’ and that he intended to take ‘us all to a more comfortable, happy place’.

Police were aware he had mental health difficulties and an officer went to Nellist’s mother’s home at around 7pm but there was no answer at the door.

He returned at 10pm and went to the back of her home and found her body in a pool of blood. 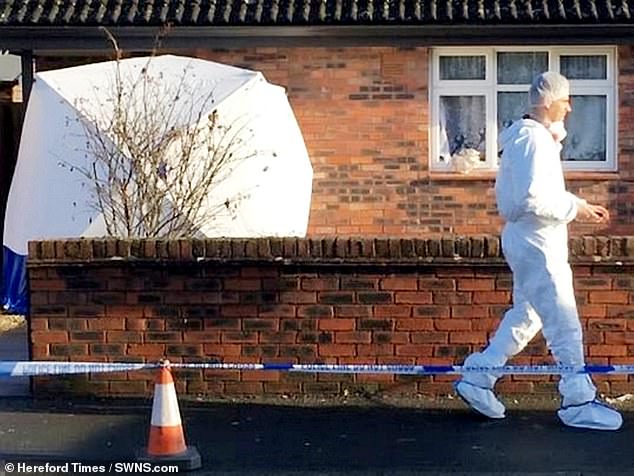 Mr Bradley said the next day Nellist went to B&Q at around 10.30am and bought rope and a hacksaw before returning to his flat in Bobblestock, Hereford.

He killed his cat with the rope before going into Hereford to buy knives.

During police interview, Nellist described how he went to his mother’s house in the afternoon and then stabbed her in the back.

Mr Bradley said: ‘She turned and asked him why he had done that.

‘She asked what the matter was and said she loved him. He said he told her he loved her more.’

Nellist said he wanted her death to be rapid so he used the knife again after she had collapsed on the floor.

He told police: ‘It was all over in a couple of minutes.’ Nellist is due to be sentenced today. 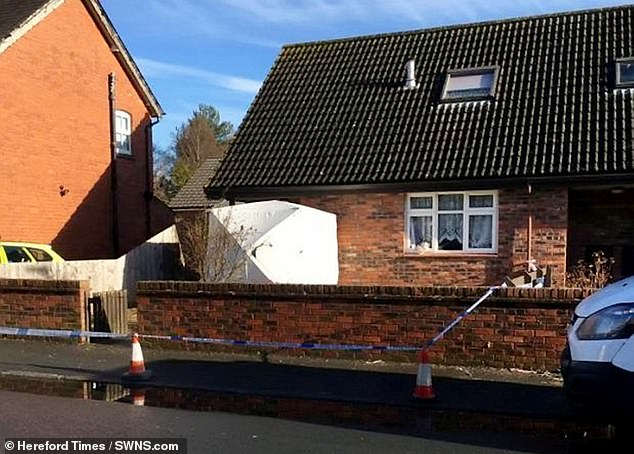 Crime scene: A forensic tent was set up outside Julie Clark’s home in Hereford after her murder on January 9 this year