Hero father wrestles pair of dingoes to save his baby boy, 14 months, after the animals took the child from inside of a campervan in eerie reminder of Chamberlain case

A baby boy was saved from a pack of dingoes by his father who wrestled him away from the wild dogs.

The 14-month-old was dragged by his head from the family’s caravan as his parents slept.

The parents awoke to the sounds of their baby screaming, with the cries getting fainter as he was dragged farther away.

The boy was airlifted to hospital by RACQ LifeFlight Rescue after he was attacked by the dingoes on Fraser Island, Queensland

At least two wild dogs are understood to have entered the caravan on Fraser Island in the early hours of Friday morning.

The boy was treated by paramedics stationed on the island before an RACQ LifeFlight helicopter arrived about 2.30am.

The boy was bleeding heavily but was in a stable condition in Hervey Bay Hospital by morning.

It is the ninth dingo attack on Fraser Island in the past 20 years, and the third this year after a six-year-old boy Michael Schipanski was mauled in January.

A month later, two tourists including a nine-year-old boy were attacked.

The last person to be killed by a dingo on the island was in 2001 when a boy was killed and his brother mauled. He is the only other person ever killed by dingoes in Australia.

The latest incident is an eerie reminder of a case which captivated Australia in 1980, when Lindy Chamberlain’s nine-week-old baby Azaria was taken by a dingo in the Northern Territory.

Ms Chamberlain was accused of killing her child and tried for murder, spending more than three years in jail.

She was not exonerated until a piece of Azaria’s clothing was found near a dingo lair. She later received $1.3 million in compensation. 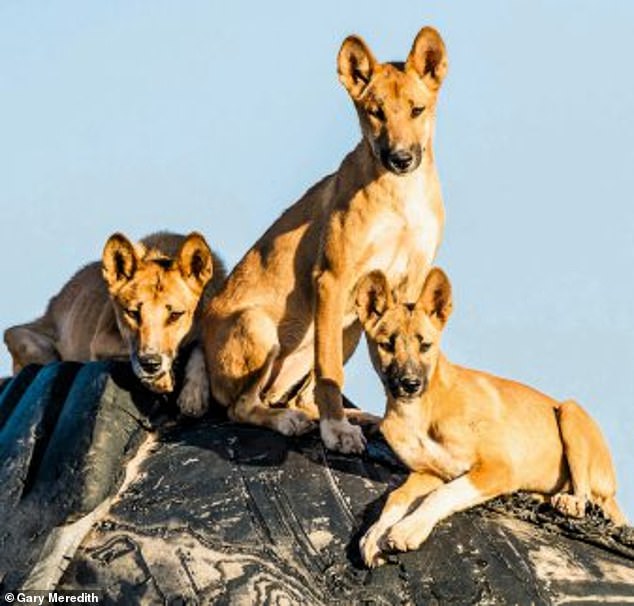