By Peter Vincent and Tita Smith For Daily Mail Australia

A hero tradie saved one man from a burning house by breaking in through a window and dragging him to safety – then went back inside, but could not save the second occupant.

Hayssam ‘Sam’ Sabsabi, 44, told Daily Mail Australia he was preparing to drive to work before 7am when he noticed smoke coming out of the windows in his street River Avenue, Carramar, in southern Sydney.

‘I asked a lady what was happening and they said the people inside could not unlock the front door, they didn’t have the keys,’ Mr Sabsabi, a carpenter, said.

He removed the fly screen from a window and climbed inside, where he found an elderly man asleep – despite ‘very scary’ heat and thick black smoke.

‘I think he was disabled because he could not walk. I lifted him up and took him outside.’

With the situation worsening and no emergency services on scene yet, Mr Sansabi climbed back inside.

‘I went into the hallway and I could hear a voice. But I could not, it was too dark, too hot and smelled very very bad.

‘I tried twice to go in there but I could not.’

When he heard emergency vehicles he climbed outside and told them what was happening. The knocked through the front door of the home.

‘My wife told me the other person died, so I feel very sad. But I tried to help someone and I am pleased I helped one man.’

Emergency crews were called to River Avenue Carramar (pictured) about 7.15am to reports of a blaze 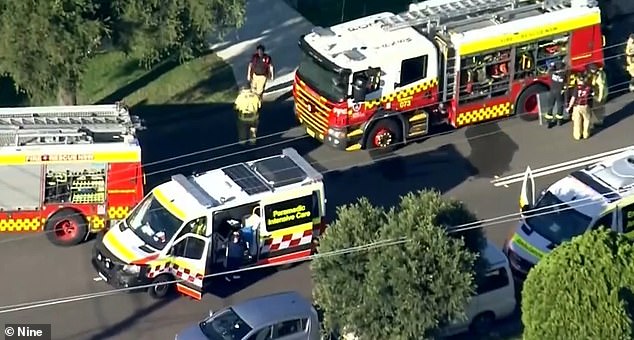 Emergency services were called to River Avenue at Carramar about 7.15am on Tuesday.

They arrived to find the man Mr Sabsabi rescued outside the single-level villa disability share home suffering from smoke inhalation.

He was treated by paramedics at the scene and the other man, aged 38, was removed from inside the building by a staff member and another resident.

NSW Ambulance paramedics performed CPR on the man, however, he could not be revived.

FRNSW Acting Deputy Commissioner Paul McGuiggan said firefighters, staff and other residents did everything they could but he has tragically passed away as a result of the fire. 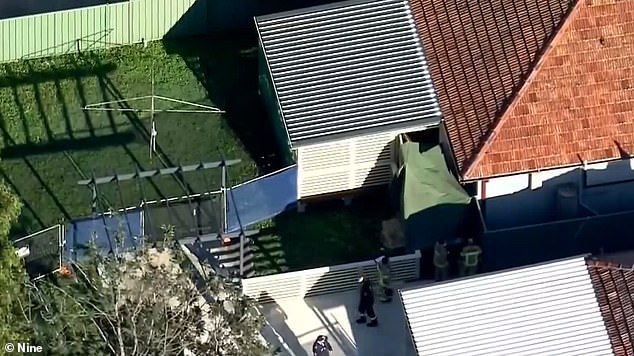 He added that the tragedy served as a reminder of the importance of having a working fire alarm.

‘This is the fourth preventable fire death this year,’ Deputy Commissioner McGuiggan said.

‘Here we are in a shared facility where we have people with a range of physical and intellectual disabilities.  Significant planning goes into making sure they are safe.

‘While we have smoke alarms in this facility, we have firefighters going to facilities where they have been removed.

‘It is just not good enough to have a smoke alarm. You need a working fire alarm on your premises.’

Parts of River Avenue remain closed to traffic and motorists are advised to avoid the area.

The fire has been extinguished and once the site is declared safe, fire investigators and detectives from Fairfield City Police Area Command will begin their examination of the scene.