An Idaho youth football team is being praised as heroic after saving a woman by lifting up a flipped truck she was trapped beneath.

The under 13s Boise Black Knights team from Idaho were on their way home from a tournament in California when they came across the crash site in Oregon.

They got out of their bus to help the man and woman who were trapped inside the overturned red Jeep.

While the man in the driver’s seat was able to get out of the car freely, the woman was stuck lying upside down with blood and shattered glass around her.

To free her, the group of teenagers combined their strength to lift the car enough so that she could slide out underneath.

A video of their efforts was posted on Facebook by team member Regan Magill.

For ten minutes, the group tried to free the woman by slicing the seat belt around her with a knife and trying to maneuver the car.

The woman is shown above, in a blue shirt, trapped in the passenger seat of the flipped car 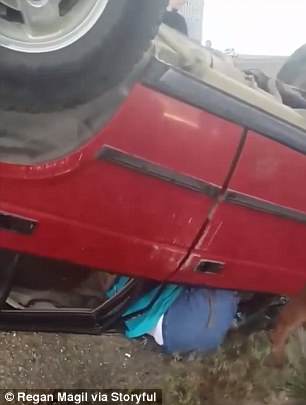 The woman was lodged in the car,  upside down, with her seatbelt stuck around her. One of the team members used a knife to cut it off (right) 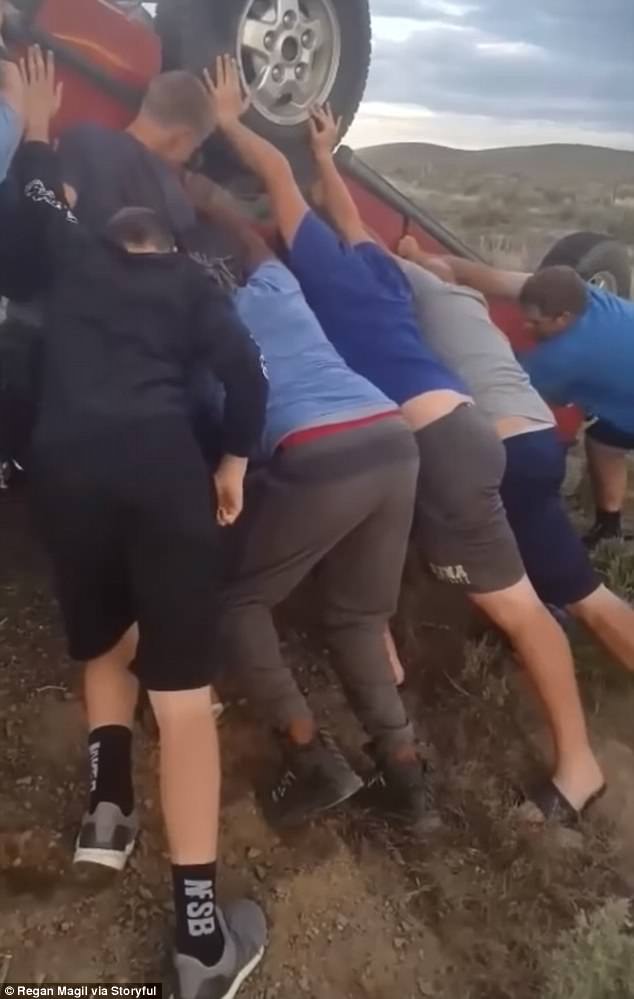 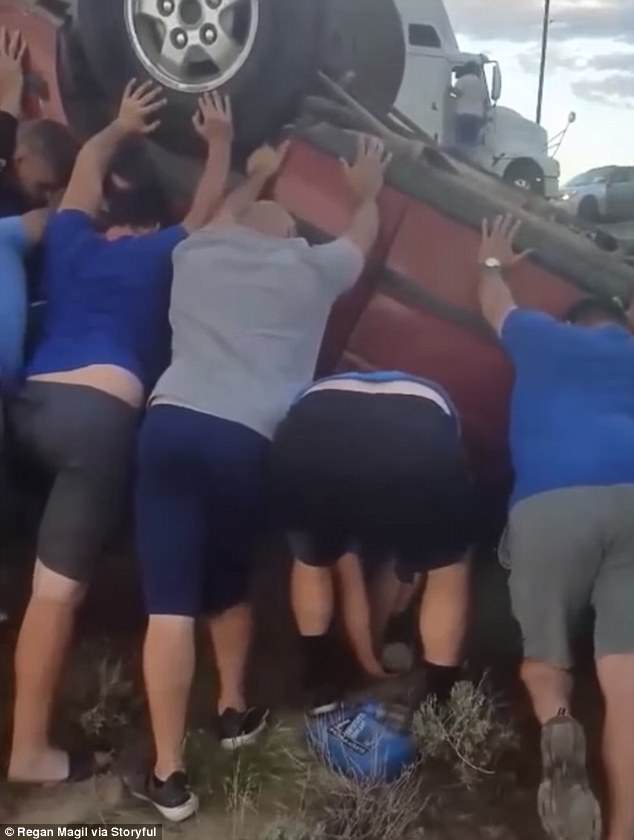 As most of the boys tilted the car, one reached down to give the woman a hand scooching herself out on her hands and backside 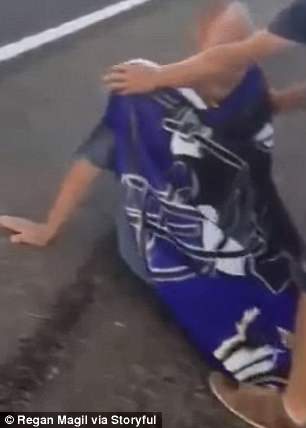 The car’s driver was shaken by the experience. One of the boys gave him a team blanket to stay warm in after he got out of the car

Eventually, they resorted to tilting it just enough so that she could slide herself out.

Team coach Rudy Jackson fought tears as he talked about how proud he was of the boys for springing into action.

‘We were all driving, they came around the corner and seen an accident with a car rolled over, and the two vans pulled over.

‘Me right now talking about it, I’m getting emotional. Because I’ve watched these boys grow. And they came a long way.

Regan said it was down to the coach’s teaching them to be ‘selfless’ football players.

‘He taught us to play selfless football. Help others out before yourself,’ he said. 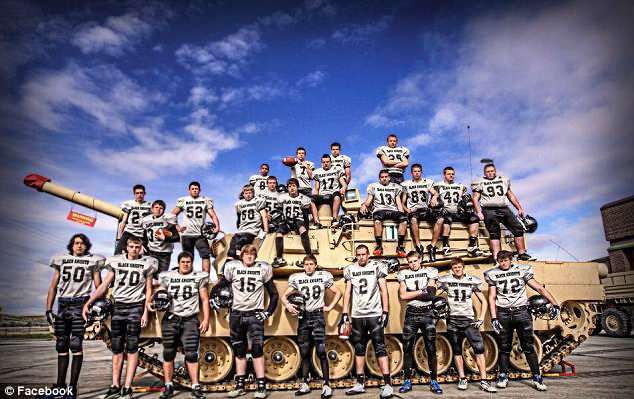 The Boise Black Knights football team is pictured. Their coach said he was proud of the boys, who are all under 13