Two Muslim men dived into a river in a desperate bid to save an elderly man’s life at he plunged from a Sydney bridge.

The men waded into the Parramatta River in Silverwater in Sydney’s west at about 1.15pm on Sunday when they saw the pensioner in the water.

Footage of the incident showed the pair walking through the waist-deep water before grabbing the man and hauling him back to the shore.

A crowd gathered as the men tried to resuscitate the pensioner, thought to be in his 80s, but he tragically died at the scene.

The men jumped in the Parramatta River to try and save an elderly man, believed to be in his 80s 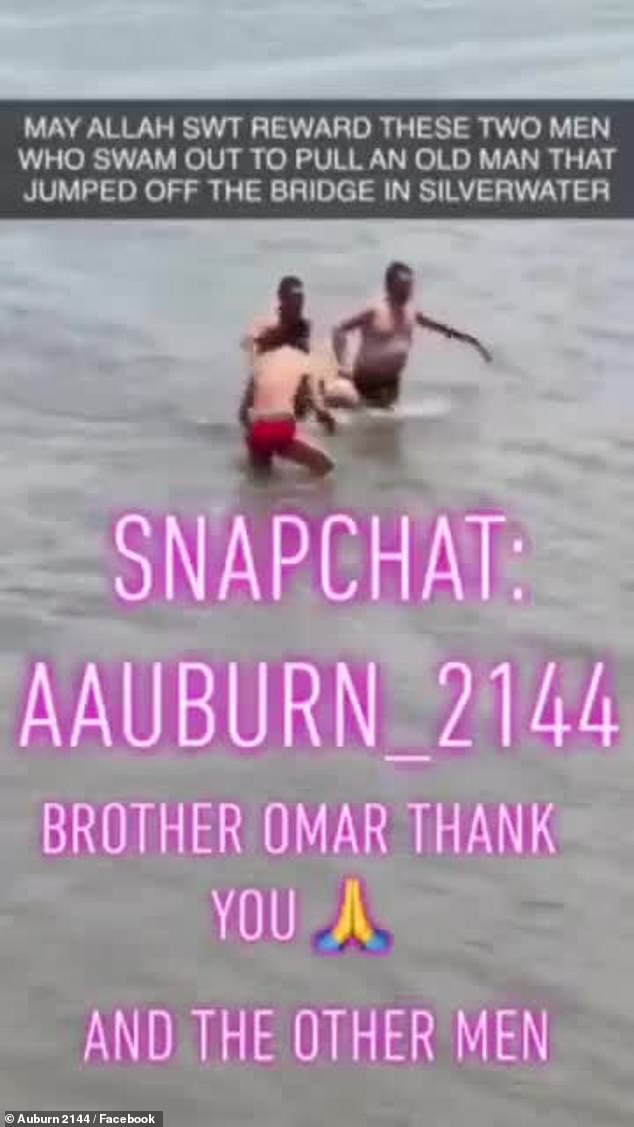 After wading through waist-deep water, they dragged the man back to the shore

‘May Allah reward these two men who swam out to pull an old man that jumped off the bridge in Silverwater,’ a caption on the video read.

Social media users were quick to praise the men’s actions.

‘Bless these guys for swimming out to the man,’ said one Facebook user.

‘Well done to the brave men who jumped in,’ said another.

‘What legends going in there to help,’ shared someone else.

Social media users were quick to praise the men’s actions. Well done to the brave men who jumped in,’ said one user

New South Wales Police told Daily Mail Australia emergency crews were called to revive the man, who is believed to be of Asian descent and in his 80s.

‘Cumberland police and ambulance services were called to the scene.

‘Despite their best efforts, the man could not be resuscitated.’

Police said a report is being prepared for the coroner.

The death is not being treated as suspicious.