Rio Ferdinand described Cristiano Ronaldo as a ‘living football god’ after the Juventus star overturned a two-goal deficit by scoring a stunning hat-trick against Atletico.

The Italian champions looked to be facing the steepest of uphill tasks after suffering a 2-0 defeat to Diego Simeone’s side three weeks ago in Madrid.

But Ronaldo warned the capital city club they would face a cauldron in Turin – and it turned out the fire would be lit by the Portugal star himself. 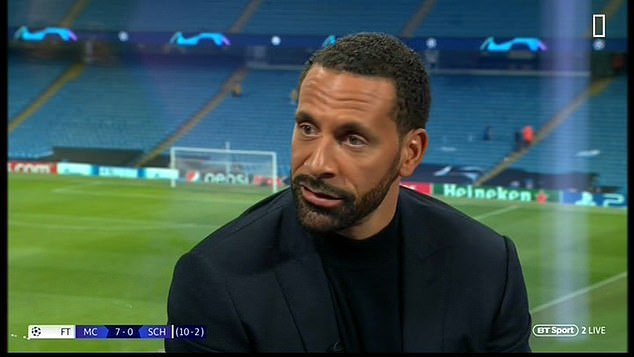 Former team-mate and BT Sport pundit Ferdinand was once again left in awe of the former Real Madrid and Manchester United frontman, describing his performance as godlike – while comparing his first goal to header-specialist Duncan Ferguson.

‘It’s ridiculous what he’s doing. All the records – in the Champions League, he’s got every record you can imagine. He’s joint most hat tricks with Messi.

‘This goal (first goal) is like Duncan Ferguson in his prime, attacking the ball, leaving the full back in a heap, that’s what you call desire.’

Atletico came to the Juventus Stadium with a seemingly safe 2-0 advantage, with goals from Diego Godin and Jose Gimenez putting the 2014 and 2016 finalists in command.

Notorious for their defensive solidity, not many would have backed the Italians to break the Spaniards down but through Ronaldo – and a bit of help from technology – they sent Simeone’s side packing. 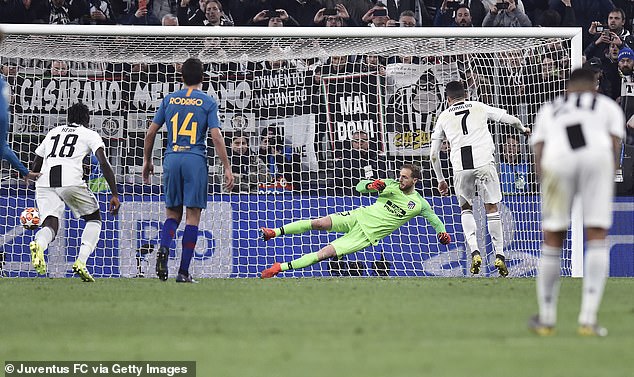 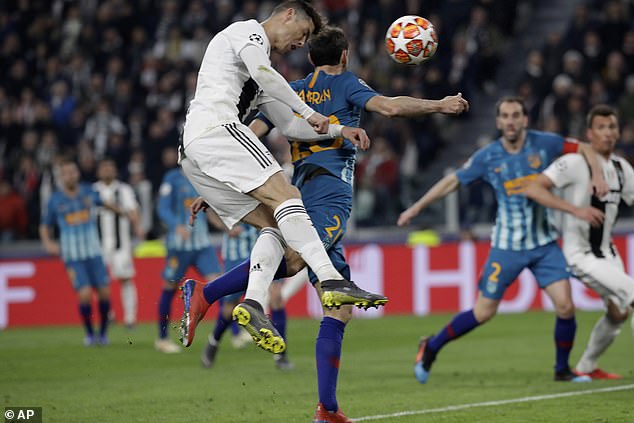 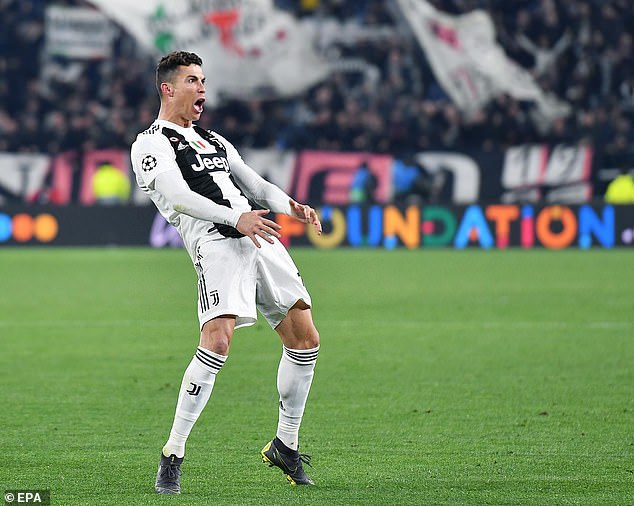 Ronaldo opened the scoring in the first half with a powerful  header which was aided by a salmon-like leap over full-back Juanfran.

He then pulled his side level on aggregate with another header after the break, this time goalkeeper Jan Oblak appeared to have clawed the ball away however goal-line technology intervened to reveal it had in fact crossed the line.

And then the five-time Champions League winner stepped up to fire home a penalty with a little over five minutes remaining after Federico Bernardeschi was fouled in the penalty area. 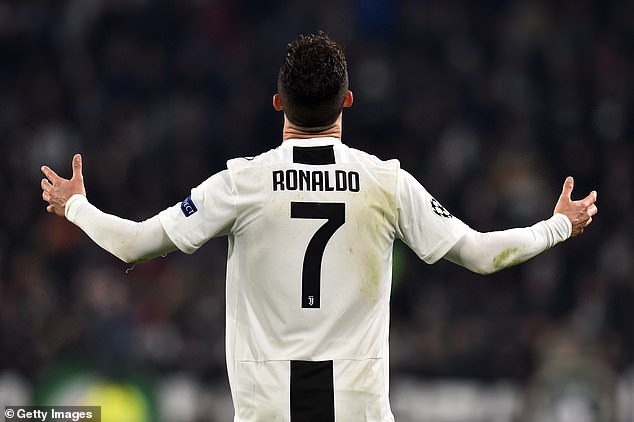 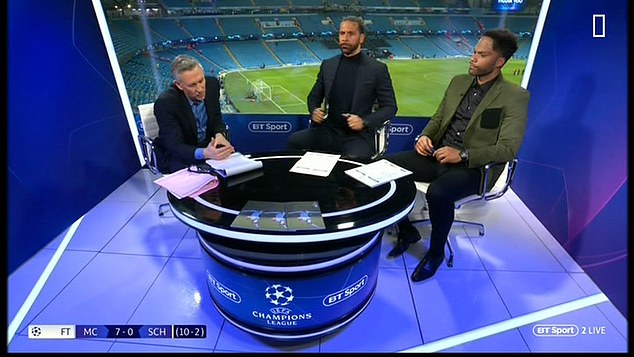 Lineker chimed: ‘I think he’s the best header of a ball I’ve ever seen.’

‘He loves it, to score goals, in any competition even if you’re 2-0 up you don’t want to be facing this guy.’

Ferdinand added: ‘This by the way is against an Atletico Madrid team who are renouned for having an unbelievable defence. He’s scored a hat trick!

‘He didn’t look nervous did he (for the penalty)? Unbelievable. This is my house, he said. Get out. Ridiculous, ridiculous.’