He’s the richest plumber in UK, now Charlie Mullins is going into politics

Seller’s remorse: Charlie Mullins criticises the US firm that bought him out

Britain’s richest plumber Charlie Mullins thinks he has the answer to the capital’s congestion – scrap cycle lanes. ‘They lie empty and penalise motorists,’ he says. Cyclists, in his opinion ‘rarely run big successful businesses’ and therefore make only a marginal contribution to the City’s wealth generation, says the London-born founder of Pimlico Plumbers.

His own blue Bentley, with personalised number plates, is in the car park of the pub where he is holding court. It’s one of a few rants running freely in the alcove of the West Sussex hostelry: from the ‘nonsense’ of working from home, to the current Government ‘shambles’ which has tested the entrepreneur’s lifelong Tory allegiance and put the brakes on his party donations.

Liz Truss’s resignation came as a relief for Mullins, 69, whose hopes of a Margaret Thatcher 2.0 were dashed by the policy U-turns on a mini-Budget that initially impressed him. ‘Lowering corporation tax offered a strong incentive for business to invest, and reversing it showed weakness and lost people’s confidence,’ he says. He would welcome Sajid Javid as her replacement and Rishi Sunak as Chancellor.

‘When somebody makes mistakes or is not the person for the job, the quicker they go the better. But whoever becomes leader, the party needs to start backing them and drinking from the same tea pot. They can turn it around if they’re honest, direct and stand by their decisions.’

Straight talking is of course his own modus operandi. Not that he would fancy the top job himself, citing the damage of Brexit and Boris’s misdemeanours as too much of a challenge. His frustrations could soon be channelled into direct action when he stands in the next London mayoral election in 2024, though admittedly he is an unlikely winner.

With a £210million fortune and some strong opinions, he has flirted with politics before, notably as a business adviser to David Cameron during the coalition years. Yet only now, following the £145million sale of his business to US home services giant Neighborly last September, does he feel better placed to pursue his ambitions.

‘If the Tories have a brain, they’ll sign me up [as a candidate] but I’ll probably run as an independent,’ he says, with his sparkling white teeth and a deep tan befitting a self-made millionaire who flits between his £10million Thames penthouse and a villa in Marbella.

‘I was going to run before, but I knew that with every policy and idea I’d been trying to put in place, people would say it’s just to benefit my own business. Now I feel I’ve got more of a free rein.’

It’s hard to imagine Mullins holding back from anything he wants to do. Recognition from fellow drinkers is met with a cheery raise of his pint. He says people know him wherever he goes. ‘Happens all over the world. There aren’t many plumbers that can say that.’

The business which began as a one-man band in a basement in 1979 with a second-hand van has been a triumph of brand power, with Mullins a willing public face.

From the outset, the mission was to bring more professionalism to an industry marred by tradesmen ‘turning up late with their a*** hanging out of their trousers’. By contrast, Pimlico’s workforce wore uniforms and drove branded vans while its publicity-friendly founder invested heavily in marketing.

That, says Mullins, achieved a visibility that remains unmatched by rivals ‘other than maybe Dyno-Rod’ and resulted in a 9 per cent share of London’s domestic plumbing market. Business was booming with a million-pound-a-week turnover when he sold up, buoyed by a strong performance during the pandemic. This he credited to a quick response, including a ‘no jab, no job’ employment policy for any new starters.

Ending on a high, he insists it was the right time to leave, though with an original target of a £100million turnover, there is perhaps, a sense of unfinished business. ‘Not thinking nationally will always be a regret. We dominated London, but we could’ve done so much more,’ he says. ‘I think it would have taken another five years to make headway with that. I’ve done it all my life – my son had been there for 30 years – and we agreed it needed new blood and ideas.’

That said, there is more than a hint of seller’s remorse. He picked Neighborly, a franchise specialist owned by US private equity firm KKR, because it offered the highest price.

But he embarks on a stream of criticism, including claims that long-serving staff are leaving. Would he do it all again? ‘I couldn’t rule out a Pimlico Plumbers 2 – not with me, but if family members wanted to get back into the trade, I’d support them with a new set-up. There are always people willing to pay for quality and there’s still a massive skills shortage in the trade.’ 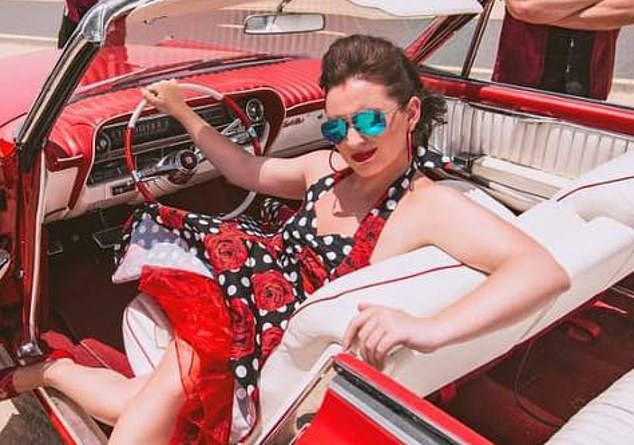 Mullins is evangelical on the merits of apprenticeship. His own in plumbing at the age of 15, having left school with no qualifications, was the making of him. He recalls suggesting that David Cameron should transfer the money used to pay unemployment benefits to apprenticeships, in order to provide higher wages for trainees. He believes this would be timely now during employment skills crisis.

‘I was told it would be too expensive but then what about the cost of crime? You don’t get people going to work who are stabbing people in the street. When a youngster has a job it changes everything.’

It’s a mission he’ll revisit if ever he became mayor, along with providing free travel for apprentices. Meanwhile he’s mixing business with pleasure, principally in the entertainment world. He has invested in Great British Radio, a new commercial station based in Southampton. He is also backing the music career of his fiancee Rachel Leavesley, known as RaRa, who has appeared as a Katy Perry tribute act.

He enthuses over a burgeoning acquaintance with music mogul Simon Cowell, who he met on the charity circuit and says was ‘kind enough to talk to us and give advice.’

And he’s full of enthusiasm for various reality shows he signed up to, including one called Naked Millionaire. The mind boggles, but details are mercifully sketchy. Is he really planning to appear on TV in the buff? In the world of Charlie Mullins, nothing is impossible.