‘Hi, I am Unai Emery…’: The moment Arsenal’s manager picked up the phone to me at press conference

There are times as a sports journalist when you’re praying your contact picks up.

The endless ringing through, waiting for someone to answer. Then a voice.

‘Hello good morning, I mean good afternoon. Hi, I am Unai Emery, how are you? We are working.’

Well, this wasn’t one of those days.

‘Jono Spencer?’ Emery asked before talking, waving his phone in front of the reporters.

And, yes, that’s the Arsenal manager waving my friend’s mobile phone in the middle of his press conference. 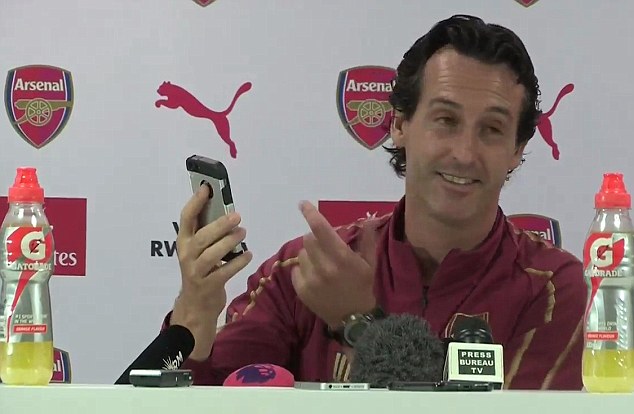 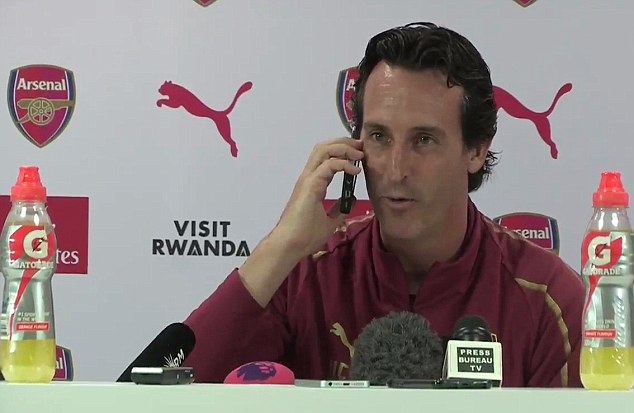 This is the moment I interrupted Emery giving his thoughts ahead of their match against Cardiff on Sunday.

I was working at MailOnline HQ but took a short break to call a colleague of mine about work next weekend at the Real Madrid legends match.

Little did I know that the Arsenal manager would be the one picking it up.

When the phone was answered, I was slightly taken aback to hear a foreign voice and after a few seconds of barely being able to understand what was being said, I decided to hang up. It was some sort of prank, obviously. I’ll try again later, I thought.

It was only 15 minutes later, I found out that I had in fact just hung up on new Arsenal boss Emery (who I am a massive fan of by the way!).

To my ignorance while busy at work, I completely forgot that the Arsenal press conference was taking place… even though I listen in every week as I await to hear the latest team news.

As soon as I stumbled across this video, I could feel my face turning the same colour as the club shirt. 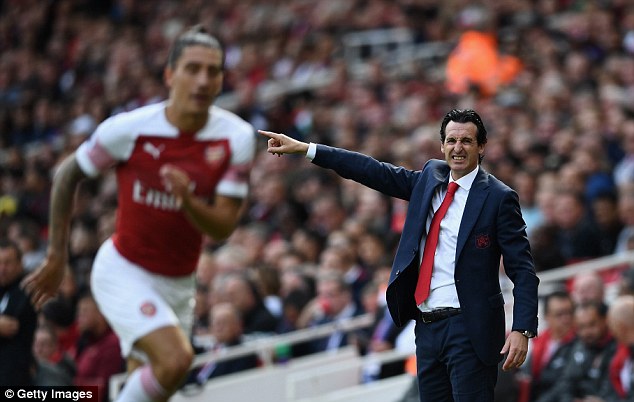 Before I knew it, my colleagues were laughing at me and just to help matters, Arsenal shared the video on their Twitter account.

It’s made even worse by Emery looking at the phone and saying ‘Jono Spencer’ so that every man and his dog now knows who I am.

Yes, this is definitely the most embarrassing moment of my life and I apologise to Emery for hanging up on him so bluntly.

If I knew who I was speaking to (and I honestly didn’t hear him say ‘Hi, I am Unai Emery’), believe me I would definitely not have hung up.

In fact, I would have started asking the questions ahead of the trip to Cardiff on the weekend – and what wine he’ll be sharing with Neil Warnock afterwards. I could do with a glass now.