Thousands of people with diabetes are to get NHS access to a life-changing device which spells an end to painful finger pricks.

Health bosses last night announced the Freestyle Libre patch will be available on NHS prescription for the first time.

The device, a sensor the size of a £2 coin, automatically reads blood sugar levels from the cells just below the skin and sends it to a smartphone.

It means patients no longer have to subject themselves to the frequent and painful finger pricks currently required to monitor glucose levels.

Major studies have shown the technology significantly improves the patients’ health because they have much better information about blood sugar peaks and troughs, and so are better able to manage their condition.

The system has been available privately in the UK since February 2016, at the cost of £96 a month.

At least 20,000 people are estimated to have already used the system.

But hundreds of thousands of more people could benefit from November 1, when it becomes available on the NHS.

The decision was last night welcomed by health ministers, doctors and health charities.

Not all areas will offer the system – the decision as to whether to provide it free of charge is down to each local NHS clinical commissioning group. 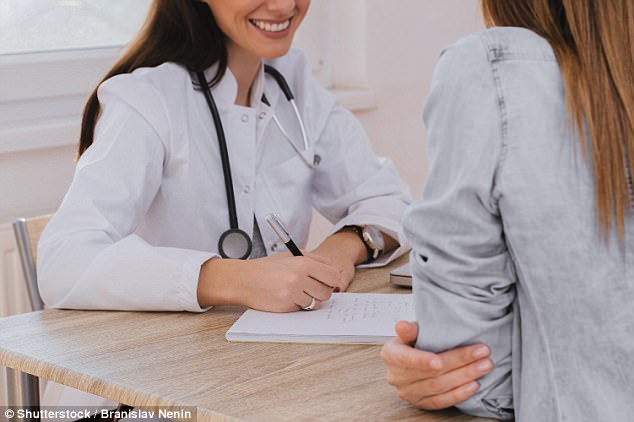 But the decision by the NHS Business Services Authority to put the device on the NHS tariff means areas that want to make it available on prescription will be able to do so for the first time.

Experts called for officials to make it available as widely as possible.

The device is particularly valuable for people with type 1 diabetes – an autoimmune disease which means the body cannot produce its own insulin, stopping proper regulation of blood sugar.

The type 1 form affects 400,000 people in Britain, usually first striking in childhood or adolescence, and everyone with the condition has to constantly monitor their blood sugar levels to check whether they need an insulin injection.

It is thought to be especially useful for parents of children with type 1 diabetes, who are able to collect data from the patch by swiping it with a smartphone, even when their child is asleep.

And when they are at school they can monitor it remotely, because if a teacher or nurse swipes the patch the data is automatically sent to their phone.

The device could also help the 25 per cent of patients with type 2 diabetes who are insulin dependent, who total roughly 1 million in the UK.

The system works by a 35mm-wide patch which is placed on the back of the upper arm.

A tiny filament – the width of three human hairs – goes through the upper level of the skin and reads the glucose levels in the substance between skin cells.

The information is transferred from the patch to a smartphone via a ‘flash sensing’ system– the same technology used for Oyster travel cards and contactless card payments.

Each patch lasts two weeks before it is replaced.

Chris Askew, chief executive of Diabetes UK, said: ‘Today’s announcement is fantastic news – not since the transition from urine testing to finger-prick testing has there been such potential to transform the lives of people living with type 1 and type 2 diabetes through technology.

‘Flash glucose monitoring can free people living with diabetes from the pain and rigour of frequent finger-prick testing, and puts them in greater control of their condition.

‘In doing so, it has the potential to help prevent a host of devastating long-term complications. Today’s decision is testament to the commitment of campaigners, clinicians and policy makers to making this technology available.’

Health minister Lord O’Shaughnessy said: ‘Living with diabetes can be difficult and stressful which is why this government is working hard to ensure patients have access to a wide range of appropriate products and treatments to help them manage their condition.

‘With Freestyle Libre now available on the NHS, patients have an exciting and innovative option to consider to help monitor their condition and prevent any long term complications.’

An NHS England spokesman added: ‘We are always keen to see new and innovative products that can improve the care patients receive.

‘It’s good to see the Freestyle Libre now being listed on the drug tariff after review by the Department of Health and it could have a positive impact for those patients who it is deemed appropriate to provide this to.’