Hidden extras that extract a fortune from your wallet

Hidden extras that extract a fortune from your wallet, from tourist tax to resort fees

Every week our Holiday Hero Neil Simpson takes an in-depth look at an important holiday topic, doing all the legwork so that you don’t have to. This week he examines the shockingly high hidden fees that await you at many holiday hotels.

Hidden charges can blow a hole in any holiday budget. And this summer a raft of unexpected fees and added extras are set to hit people heading anywhere from Vegas to Venice and from Disneyland to Dubai.

Here’s an early warning guide to the worst of them – and why you’ll need to carry cash.

Head to America and resort fees can add hundreds of pounds to the cost of your stay. The fees are due at the check-in desk and, as you can’t pay them in advance, they’re not included in the headline rate you’ll see when you shop around for a hotel online.

Ask what they’re for and you’ll be told they cover ‘extras’ such as pool towels, gym access and wi-fi. Ask for an exemption if you don’t plan to use the services and you’ll find out they’re compulsory. The trend for resort fees began in Las Vegas but has spread fast. Pick a big-name Vegas option such as New York-New York on the Strip and you can get a seven-night stay for £943 in October. But you’ll have to hand over the dollar equivalent of £227 (nearly a quarter more) in resort fees at reception.

It’s the same in Orlando. Take the family to Disneyworld in Florida this summer and, after paying £1,162 for a two-adult, two-child room at The Grove Resort, you’ll be asked for another £189 at reception. And don’t think you can dodge resort fees by avoiding anything that resembles a resort. They’re now widely charged in New York hotels, renamed as ‘Facility Fees’ and supposedly cover items such as newspapers in the lobby.

Many people now try to avoid being ripped off at a reception desk by opting to stay in an apartment instead. But the gap between the headline rate on that perfect Airbnb pad and the rate you pay is widening fast. Choose a week in Palma this June and the headline rate on a popular apartment is £1,019. Click through to book and another £158 (more than 15 per cent) is added in service fees. Pick a weekend in London and a £240 headline rate rises by nearly a third when a £30 cleaning fee and £42 service fee are added at the booking stage. 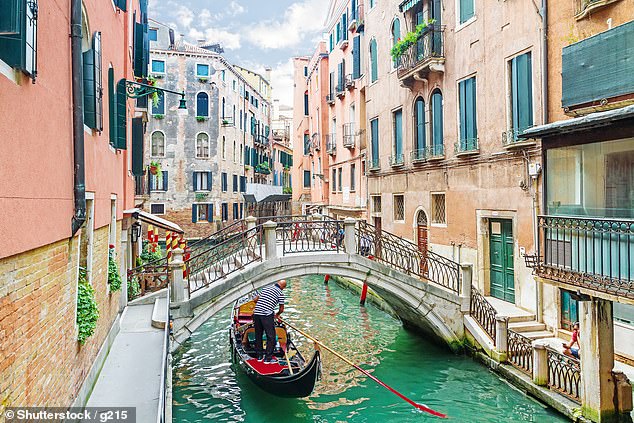 Prepare for them in popular places across Europe and beyond – but don’t expect them to be easy to understand. Most Italian cities charge ‘bedroom taxes’ on hotel stays with rates varying according to the location and standard of the hotel.

Some include the tax in pre-paid bookings but others ask for it in cash at the reception desk. In places such as Venice you should budget for around £4 per adult per night.

If you pay the tax at check-in get a receipt so you’re not asked for it again when you leave. Tourist taxes are also charged as far away as Dubai – and there’s a similar mix of hotels that include them in pre-booked prices and those that want them paid at reception. Some recent guests in Dubai have been asked for the socalled ‘dirham tax’ in the local currency. Expect to pay a nightly rate of around £4 per room.