Higgy in the middle: Juventus striker Gonzalo Higuain flies into fury by kicking coach and advertising hoarding after flopping at rondo drill

The Serie A giants begin their 2019-20 Champions League campaign away at Atletico Madrid on Wednesday night, with Cristiano Ronaldo looking to haunt his former La Liga rivals once more.

But during Juventus training on Tuesday, their preparations were interrupted after Higuain unexpectedly vented his frustration. 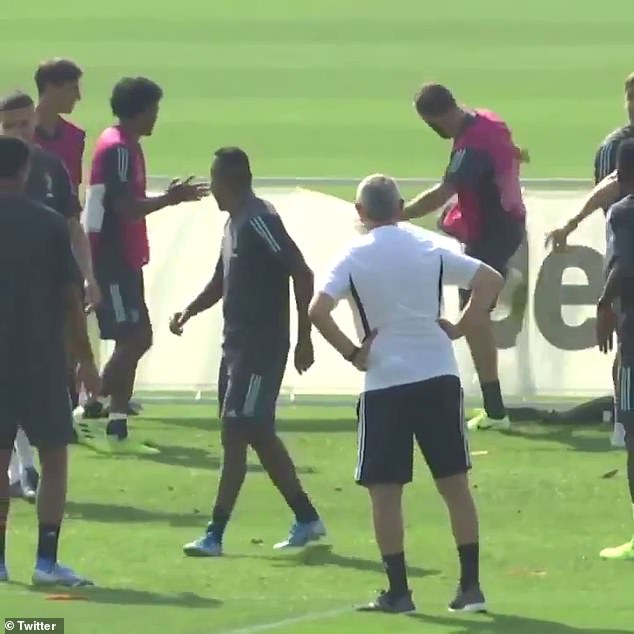 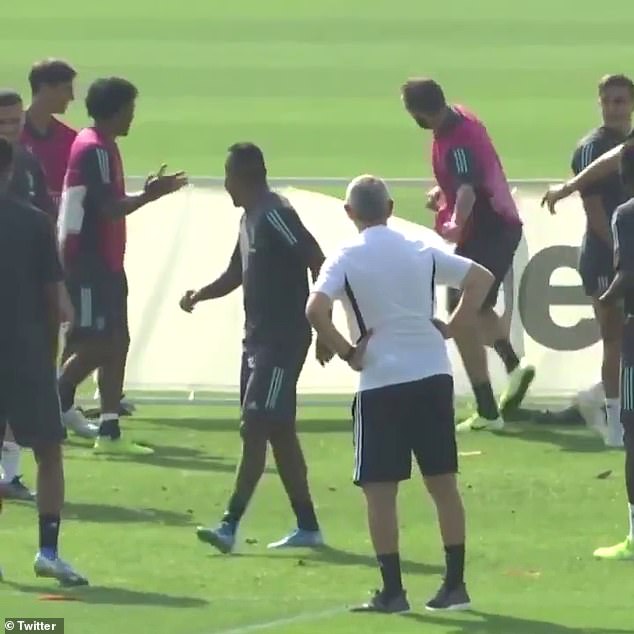 During the piggy-in-the-middle exercise, Higuain completely lost his cool after failing to get the ball off his team-mates.

After being given the runaround, the Argentine striker immediately let his feelings be known, kicking out at the coach watching on from the sides before smashing the advertising hoarding next to him.

The 31-year-old, who left the coach hobbling away, was then hauled back into the middle of the drill by a team-mate who attempted to defuse the situation.

Higuain’s Juventus team-mates will be hoping the striker directs his anger towards Atletico on Wednesday night by putting their defence to the sword at the Wanda Metropolitano. 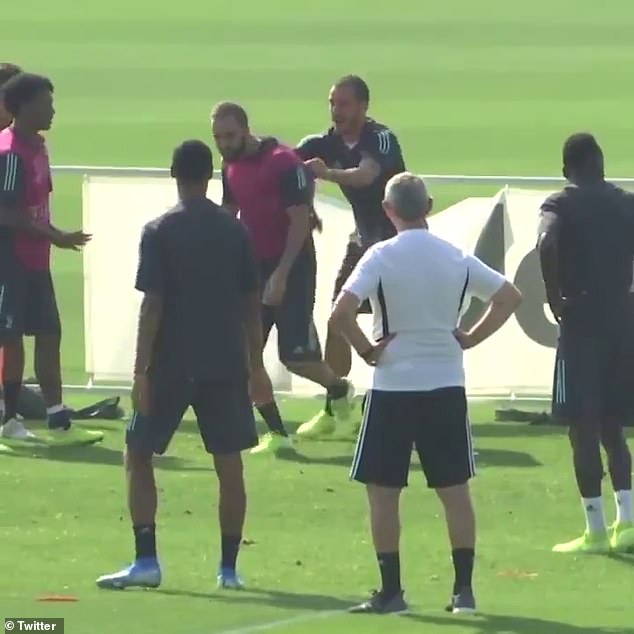 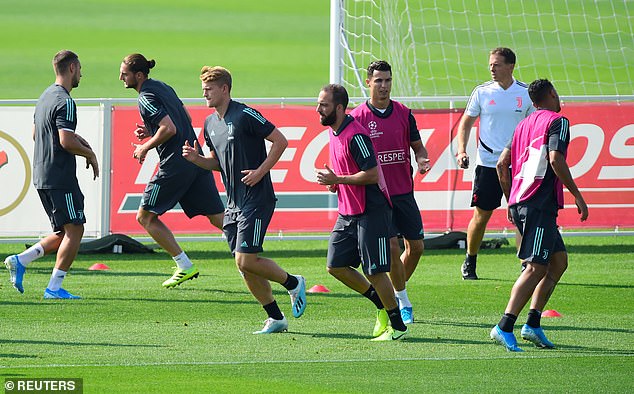 Higuain has started Juventus’ opening three Serie A matches this season after returning on loan from Chelsea, who rejected the chance to extend his temporary deal.

The experienced striker only scored five times for Chelsea during 18 appearances for the club last season.

But he will be hoping to put his nightmare Chelsea loan experience to bed by helping guide Juventus to their ninth straight Serie A title and first Champions League win since 1996.

Higuain has started life back at Juventus in solid fashion, scoring once in their enthralling 4-3 victory over Napoli on August 31. 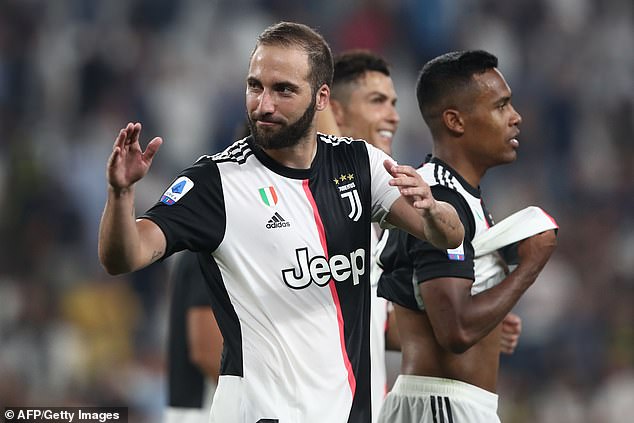 Higuain has scored once since his return to Juventus, netting in the 4-3 victory over Napoli