High earners could get pensions reliefs worth hundreds of millions of pounds to solve the NHS crisis over doctors cutting their hours, it was claimed today.

Those earning more than £110,000 would benefit from a proposal being mooted to end a stand-off with consultants.

Many have been turning down extra work, fueling waiting lists, for fear of being hit with huge bills.

The solution has been discussed in the Treasury, according to The Times, but NHS leaders are believed to be pushing for more concessions – meaning there is no guarantee it will succeed.

Doctors have been turning down extra work for fear of being hit with huge tax bills on pension contributions, fueling NHS waiting lists 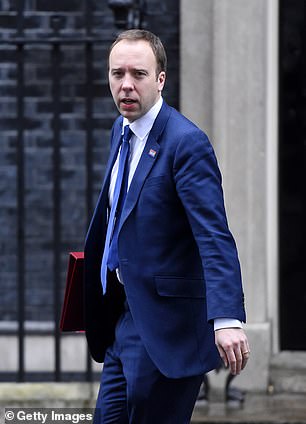 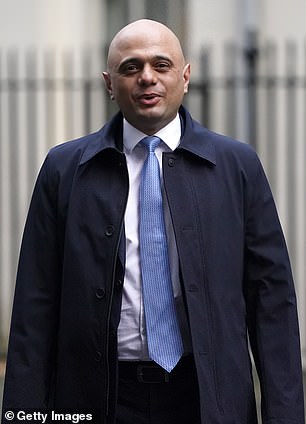 Health Secretary Matt Hancock has been pushing hard to find a way through the impasse. Any resolution is expected to be announced by Chancellor Sajid Javid (pictured right) at the Budget in March

Recent pension rule changes mean workers who earn over £110,000 face more stringent taxes on their contributions, which has landed senior consultants with unexpected tax bills of tens of thousands of pounds in some cases.

Health Secretary Matt Hancock has been pushing hard to find a way through the impasse.

Treasury mandarins are now thought to be considering raising the current pension threshold from £110,000 to £150,000.

That could free-up 90 per cent of consultants to agree to extra shifts and help cut NHS waiting lists.

However, the tax break would apply to all workers, not just those in the health sector.

Whitehall officials are currently conducting a review into how to lift the block on top doctors choosing to stay at home rather than take on more hospital hours.

Any resolution is expected to be announced by Chancellor Sajid Javid at the Budget in March.

A Treasury spokesman said: ‘We do not comment on speculation about tax changes.’