A luxury fashion vlogger has revealed clever tips for getting access to exclusive items that aren’t on display in designer boutiques.

Sophie Shohet, who lives in London, often shares her opinion on high-end goods including fashion, cars and home decor with her 355,000 subscribers on YouTube.

In a recent video, she explained how networking with sales associates, hiring a personal shopper and buying pre-loved can help to get a designer item that you want if it isn’t being made available in boutiques.

The vlogger admitted that she previously waited two years to get access to a Chanel flap bag because of the long wait list and their exclusivity.

Sophie Shohet (pictured), who lives in London, has gone viral on YouTube after sharing her advice for getting access to exclusive designer goods

Sophie explained that she decided to make the video after receiving emails from two viewers who’ve been struggling to get a classic black Chanel flap bag.

‘The easiest way of getting a sales associate’s details is not through cold calling. I think the best way is to go into a boutique, act like you’re a sure thing – and you are because you do really want to buy this item – and ask.

‘Sometimes they’re not necessarily going to be forthcoming with producing their details, but ask the question. The worst they are going to say is no.

‘If someone asked me for my contact details and I was working in that capacity, I would find it awkward to say no. 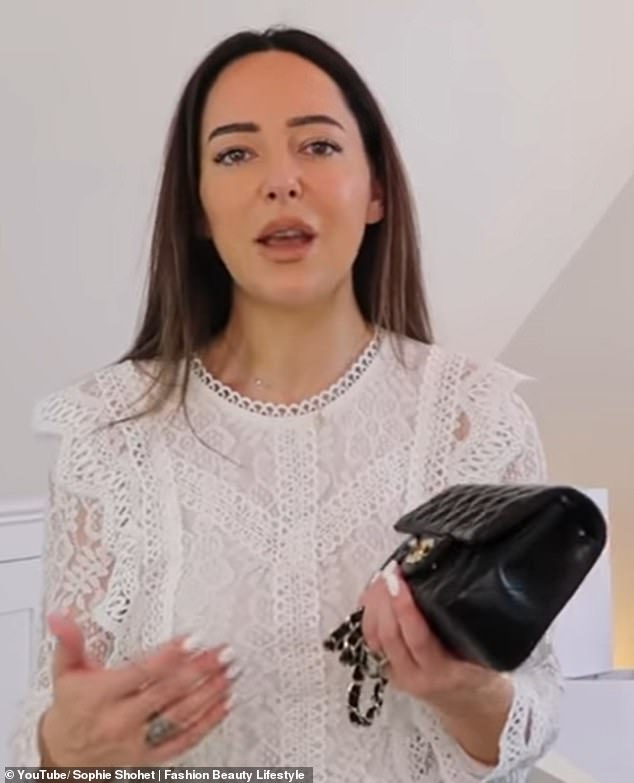 Sophie told her 355,000 subscribers that they should get the contact details of a sales associate and contact them at least once a month

‘As soon as you’ve got a sale associate’s details keep in touch with them. Don’t be a pest or really annoying but keep in touch.’

She said that one of her viewers had tried the technique and kept in touch with the sales assistant at the Walton Street branch of Chanel in London.

‘You kept in touch with things like wishing a happy Easter and you were just basically being nice. And, after doing that, a couple of weeks ago she contacted you.

‘She had this [Chanel] bag for you. You went and bought the bag.’

Giving her advice on how to approach it, Sophie said: ‘When you have that person’s details stay in their front of mind. Keep in touch with them and don’t leave it months and months then be like “Oh has that bag come in yet?”.

‘I would be slightly more frequent with that and even show interest in new collections that are coming out because there might even be something in those that you prefer.

‘It’s a way of you staying in touch without keep harping on about the one bag. I would just give a quick message once a month. Make sure as well that you get added to a waiting list.’ 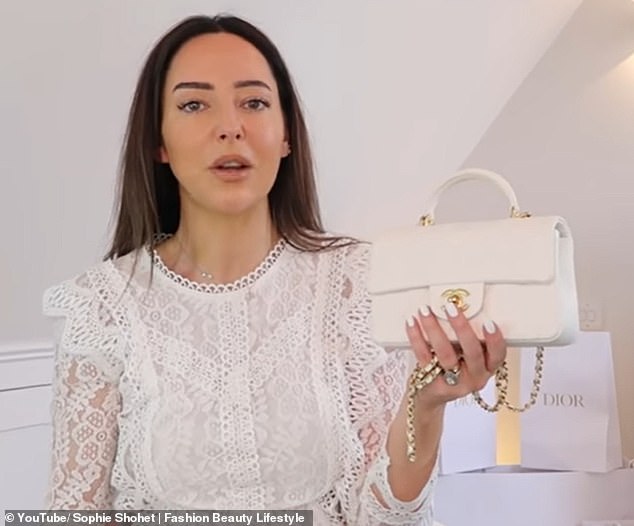 Sophie revealed that she was able to get a highly coveted handbag by contacting a personal shopper at Selfridges despite being told by a sales associate in a Chanel boutique that it was unlikely she would be able to get the item due to the demand.

Sophie said: ‘As soon as I saw this on the runway I really liked it. When I contacted my sales assistant about it she said “They’re not even going to go on the shelves, not in the white colour anyway”.

‘She said “We’re not actually getting many through and are waiting list is double, triple, four times the amount of bags we know we’re going to get. I’ll put you on the list but there’s borderline no point because it’s not going to happen”.

Not deterred, Sophie contacted the personal shoppinbg departments at Harrods and Selfridges.

‘You don’t pay any additional fees because you’re going through the store itself,’ she said. 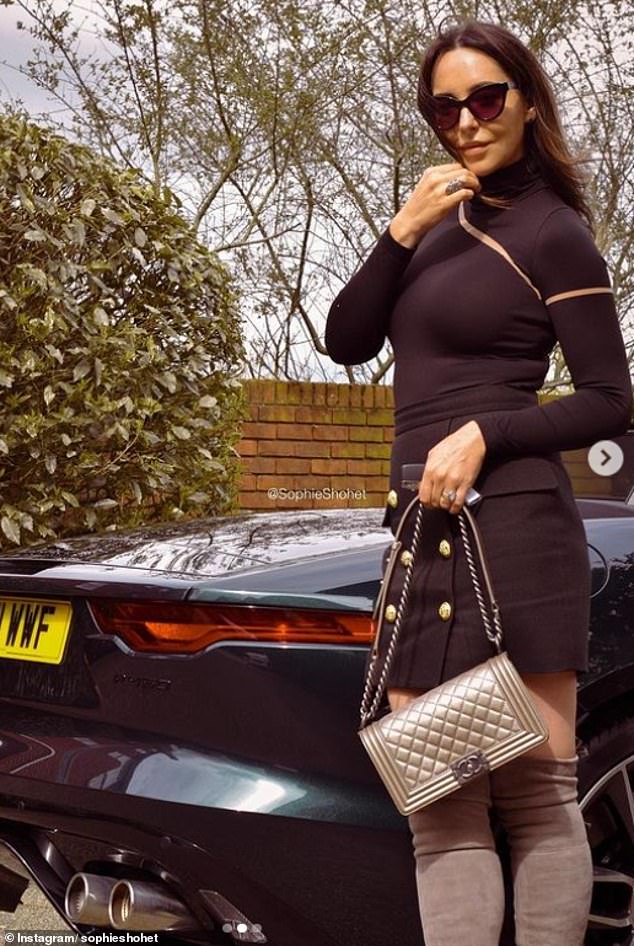 ‘It’s not like if you were to go through an independent personal shopper, where you might pay them 10 or 20 per cent commission on the price of what they’ve sourced for you.

‘If you go through the actual boutique you’re not paying that at all – just the price of the item, and they are independent from all of the different concessions that are in there.

‘This was a bag that someone decided not to buy and he kindly offered it to me. I was really grateful for that.’ 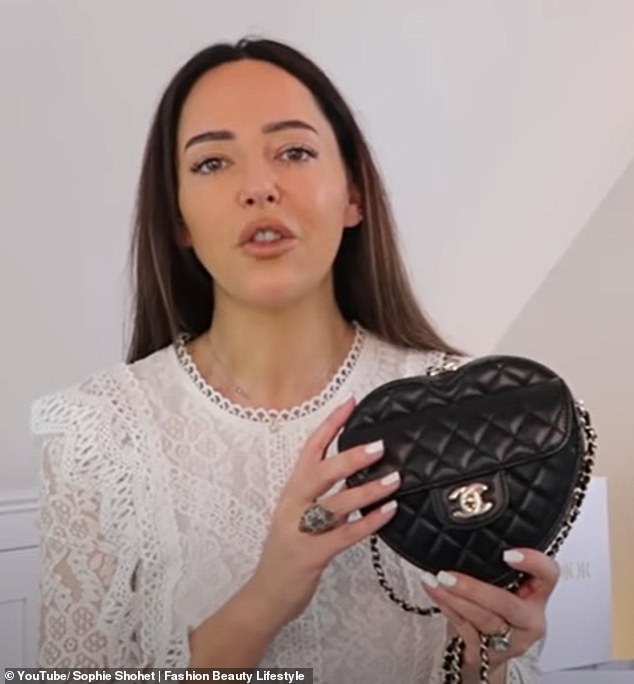 Sophie explained that she had to buy a mini bag vintage because she was unable to get it in the colour that she wanted new.

She claimed to prefer the feel of her vintage purchase and said she ‘loves’ knowing that the item has a backstory that she can imagine.

‘Consider going pre-loved,’ she recommended. ‘I don’t spend enough in Chanel to be offered the top bags. I got this [heart-shaped Chanel bag] through a friend of mine.

‘She’s got a really good relationship with her SA. She wanted this bag in the smaller size in white and I wanted it in the larger size in black and her SA actually got both bags in for her.

‘You’ve got to be really in there or spend big to be considered for this kind of thing and that can be hard to do.’ 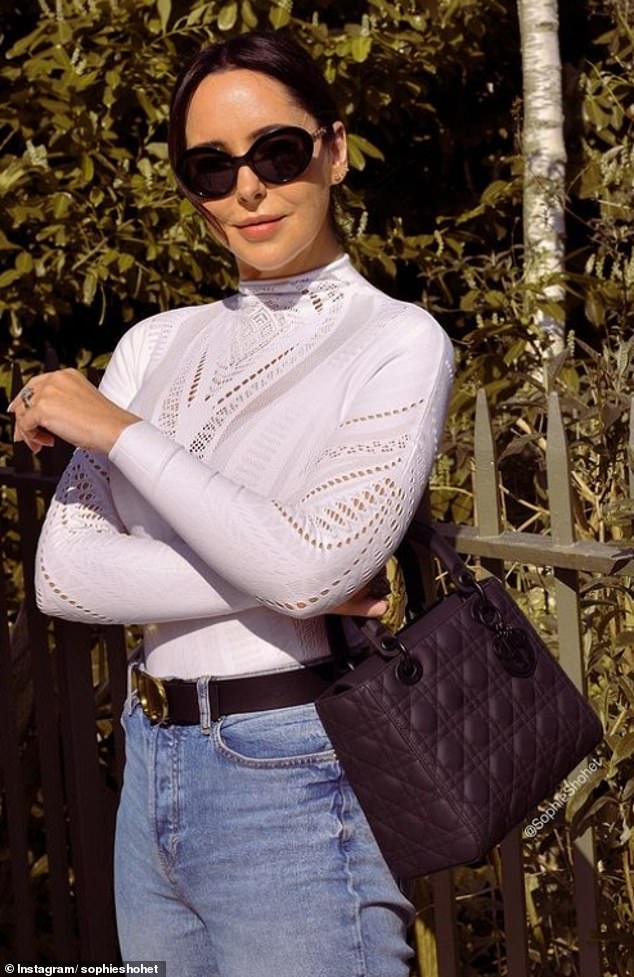 One person wrote: ‘Chanel is trying to be Hermes. Both stores require too much effort in my opinion. I work enough that shopping should be a pleasant experience, not a difficult mind game.’

‘So they want you to buy multiple items before they will “allow” you to give them money to get the overpriced-for-the-quality bag you want so you can wear it and essentially advertise for them so other people can go through the process of trying to obtain a bag.’

‘I scoff at companies like this. They are so arrogant, not worth my time or money and will never get either from me,’ another said.

A third added: ‘Imagine working hard, putting in the hours and stress to earn money and save for a luxury bag. Then imagine being treated like dirt in a store which should be a memorable proud moment. Not worth it.

‘Happened to me too many times. Look to the high street for beautiful bags and leather goods; LK Bennett, Whistles, Jigsaw and Aspinal. A lovely experience, gorgeous products and a fraction of the price.’