The high-end northern supermarket chain Booths has recalled five of its pre-cut vegetable mixes amid fears they may contain ‘small pieces of sharp metal’.

Booths – which has most of its branches in Lancashire – has taken its diced red onion, butternut squash & red onion soup mix, diced white onion, minestrone soup mix and leek & potato soup mix off the shelves.

The chain told MailOnline the products have been recalled as a ‘precautionary measure’ do to a ‘manufacturing issue’. 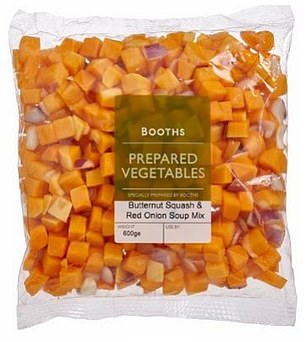 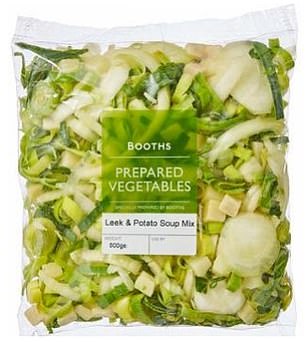 A spokesperson told MailOnline: ‘The packs have been recalled as a precautionary measure do to a manufacturing issue.

‘Technical teams are on site investigating the problem and putting procedures in place to ensure the problem is remedied and prevented in future.’

The only affected diced red and white onion packs are those that weigh 200g, according to the Food Standards Agency (FSA).

All the affected products have a use-by date of February 26.

Booths has assured customers no other products have been affected and they can return any of the aforementioned packs to one of its stores for a full refund.

A statement released by the FSA said: ‘The presence of metal makes this product unsafe to eat and presents a safety risk.’

Booths has also put up warning notices in all its stores that sold the recalled products.

The supermarket has 15 stores in Lancashire, seven in Cumbria, three in Yorkshire, two in Cheshire and one in Salford, Greater Manchester.

This comes after thousands of cartons of peaches, plums and nectarines were recalled across the US last month over fears of listeria contamination.

The fruit, which is sold in stores like Walmart, Costco and Fairway, all came from a plant in New York, which sources from Chile.

The company voluntarily pulled its products from the shelves after a routine sampling found traces of listeria. 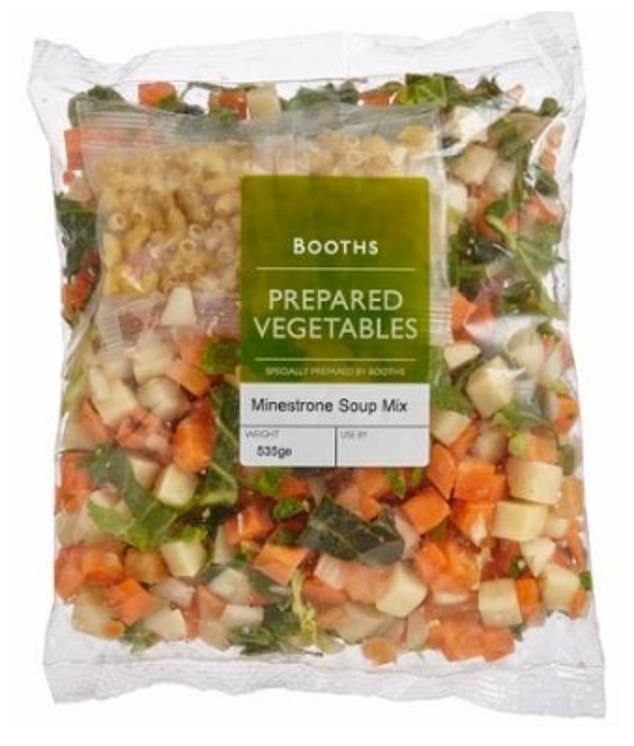 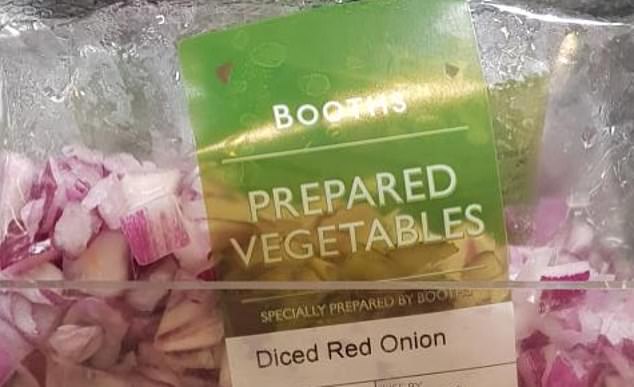 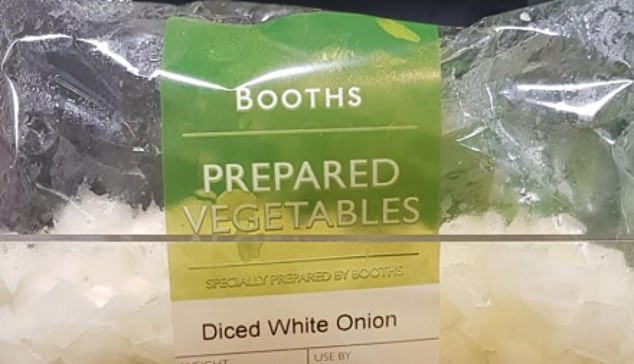