A woman being sued by her ex-fiance for calling him a violent sex addict has been described as a ruthless booze-hound who drank while pregnant and sent racy pics to her secret lover.

Melbourne man Constantine Arvanitis broke down in tears on Tuesday as he entered the witness box to dish out the dirt on the woman he once claimed to love.

Mr Arvantis is suing his ex-partner Selina Holder for defamation over an allegation she shared a document about him with two of his other ex-girlfriends – one of whom then shared it with his current fiancee’s sister. 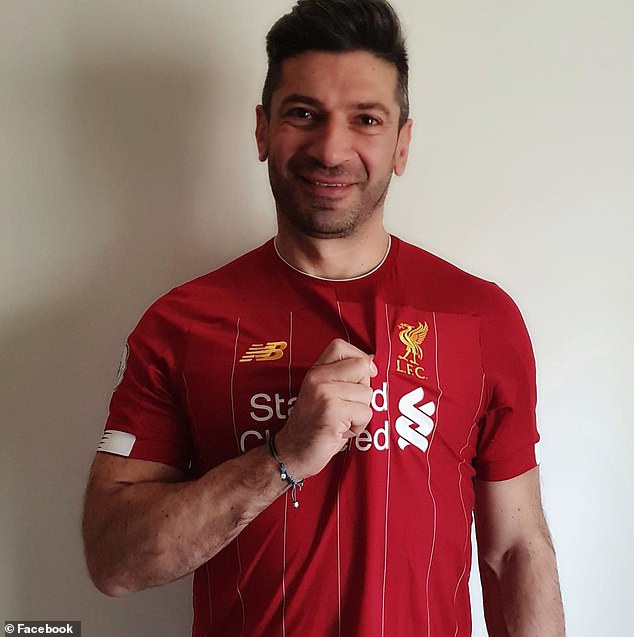 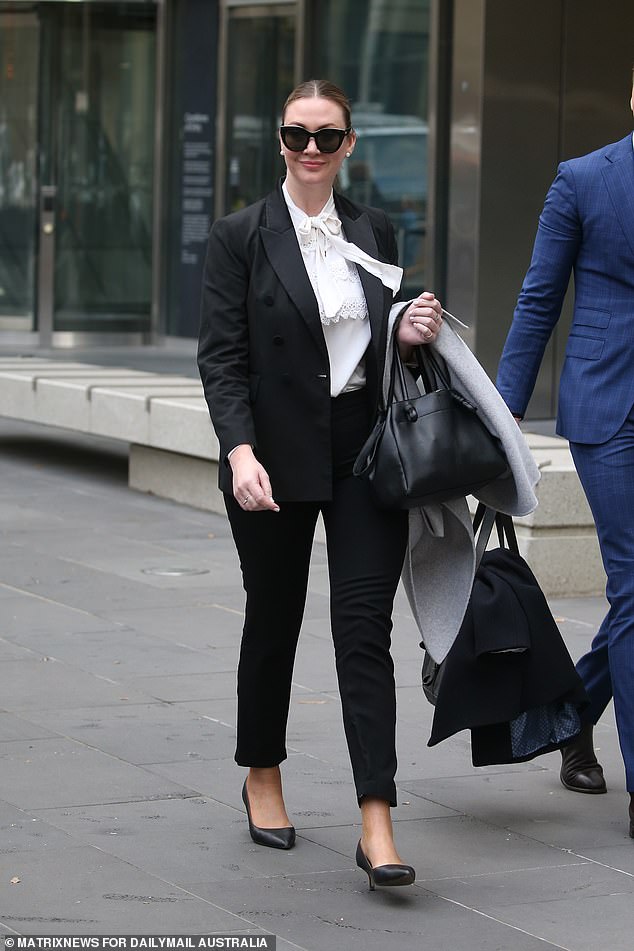 The document alleged Mr Arvantis broke the defendant’s foot, that he was a prescription drug dealer, was mentally unstable, a criminal and a ‘sex addict’.

While the IT specialist’s other two ex-girlfriends have since apologised and made retractions, Ms Holder proceeded to the County Court of Victoria to face-off with her ex-boyfriend.

It was a decision she may soon live to regret.

On Tuesday afternoon, after enduring a morning of evidence from Mr Arvantis, the matter was stood down to allow the warring ex-couple to enter mediation.

Only yesterday the court heard Mr Arvanitis would end his legal action should Ms Holder’s consent to an order that she stop making defamatory statements, an acknowledgment that what she had written was false, and $5000.

That offer was refused.

Instead, Mr Arvantis painted a grim picture of the woman he claims was out to destroy his reputation.

He told the court he had met Ms Holder via a dating app in September 2012. 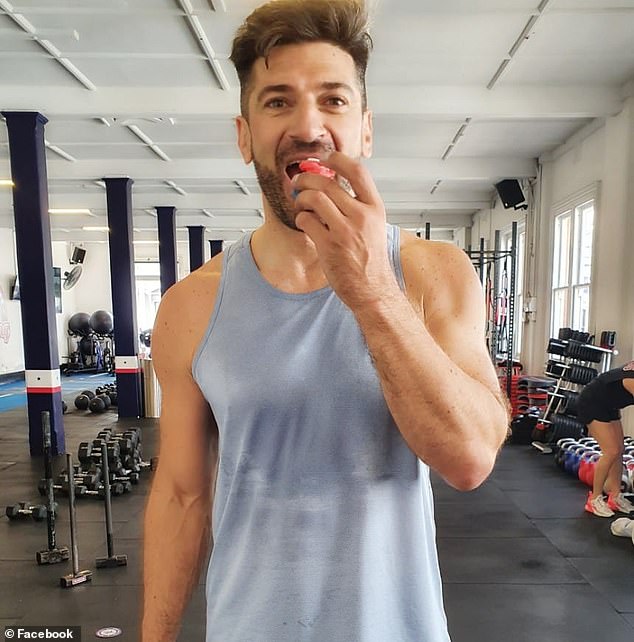 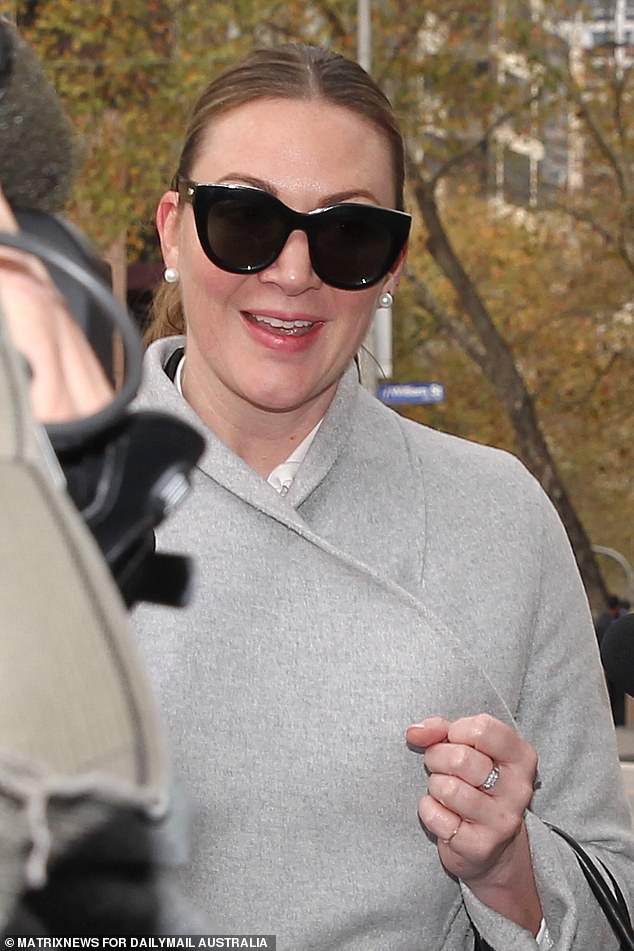 Selina Holder enters the County Court of Victoria on Tuesday. She has been contesting a claim she defamed her ex-boyfriend

But the relationship quickly soured and by 2015 it ended after the birth of their child.

Mr Arvantis claimed Ms Holder had cheated on him from the beginning of their relationship and had once found a ranchy photo message on her phone that he claimed she had sent to her secret lover.

When questioned about the image, Mr Arvantis claimed Ms Holder would become violent and lash out.

Among a swag of allegations, Mr Arvantis claimed Ms Holder repeatedly punched him in the face and whipped him over the head with a phone charging cable.

An image of Mr Arvantis’ battered face was tendered to the court in support of his claims.

The father of two claimed Ms Holder had not only consumed alcohol while pregnant, but would do so while breatfeeding their own child.

‘I didn’t think it was right,’ Mr Arvantis said.

The court heard Ms Holder once punched him in the face as he drove their car, but when he tried to make a report to police they told him not to bother.

‘If you were a female I’d have no hesitation in slapping an intervention order on,’ the office allegedly told him.

Mr Arvantis was issued with an order of his own later that evening after the argument esculated, the court heard.

By 2015, Mr Arvantis claimed Ms Holder would attack and incite him to respond and then record him with threats to go to police. 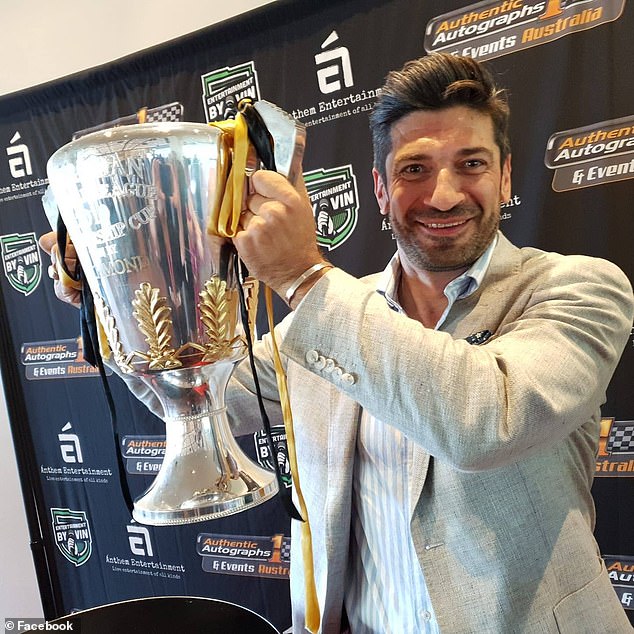 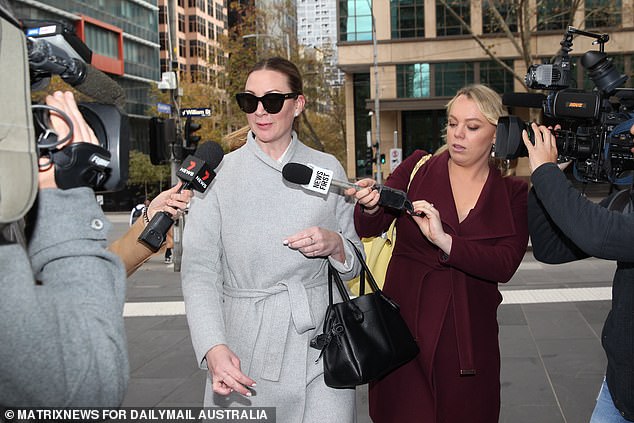 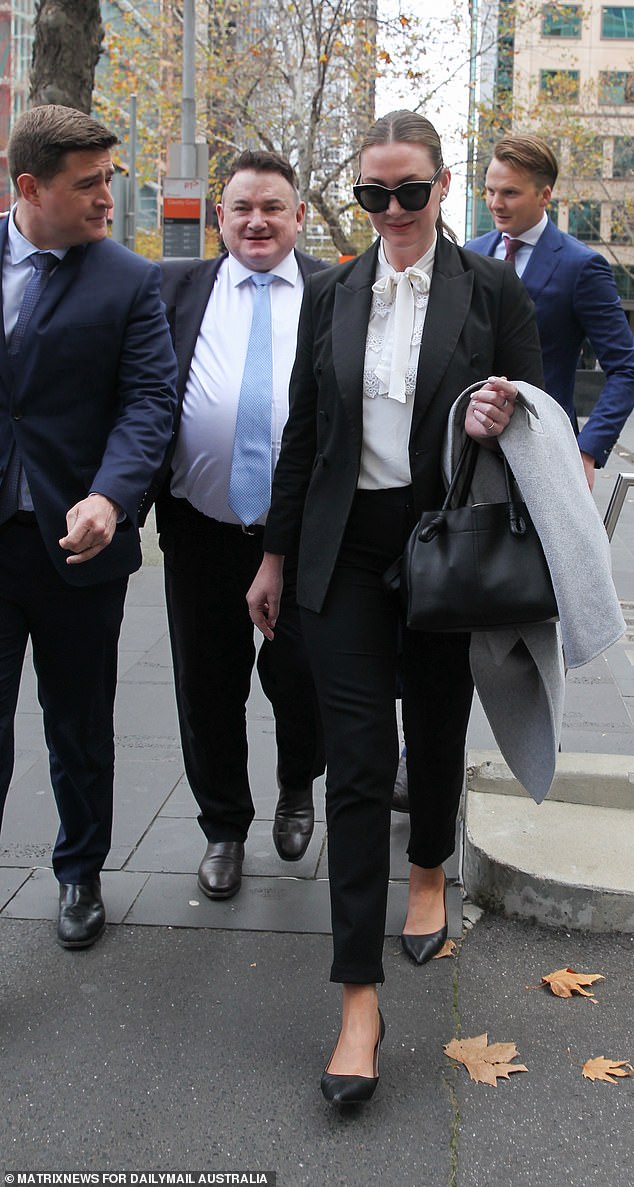 ACA news hound Seb Costello (far left) ‘bounces’ Selina Holder as she enters the County Court of Victoria. She refused to answer any questions from the waiting media pack

‘She would throw water on me and then record me,’ he told the court.

He finally called it quits after Ms Holder shone a torch in the eyes of his sleeping son, he said.

As the relationship continued to sour, Mr Arvantis claimed his ex-partner threatened to ring his boss and tell him he was a drug addict.

Audio of Ms Holder allegedly making the threat was played in court.

Mr Arvantis, who claimed to have kicked a rampant cocaine habit that threatened to consume his life, said he had continued to pay all of his child maintenance responsibilities in addition to paying off Ms Holder’s credit card debts.

Ms Holder, who denies she sent the letter, has filed a defence claiming Mr Arvanitis spent $220,000 on cocaine, took meth and sold Viagra to colleagues while working at ANZ.

Court documents claim Mr Arvanitis saw several women at the same time despite claiming he was in a monogamous relationship.

The County Court of Victoria is scheduled to run for eight days should it not be settled outside of court.