Four thieves were captured on surveillance ramming their way into a Seattle pot shop to steal a load of products.

In shocking footage, from outside the Have A Heart smoke shop at 300 Northwest 85th Street, the pack of who appear to be men, are seen pulling up to the store around 3:15am Friday in a Ford Taurus.

Upon arrival, the driver is seen slamming the vehicle into the front door of the shop.

After crashing into the front, the bunch immediately opens the doors to dart inside and make their moves. 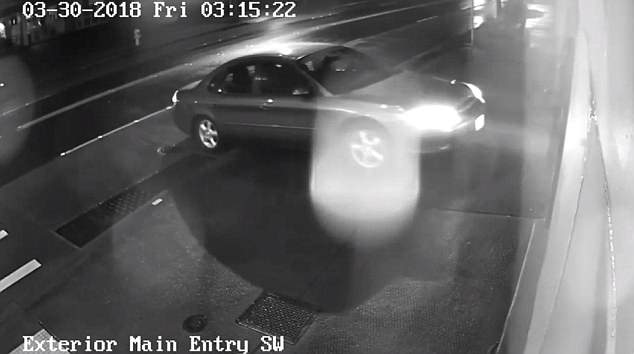 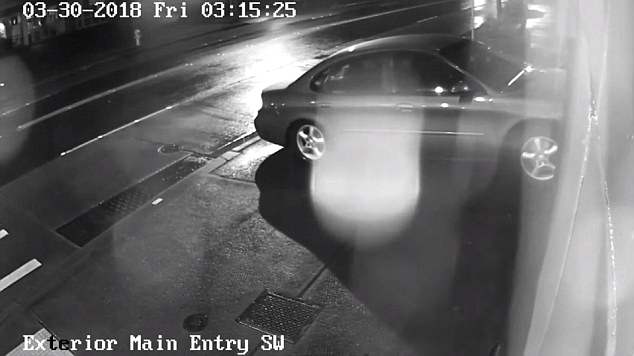 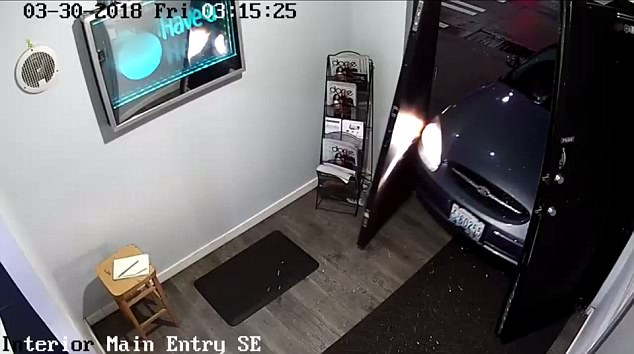 The pack of who appear to be men, are seen pulling up to the store around 3:15am Friday in a Ford Taurus

They are seen wearing dark clothing with their faces covered, as they run with bags in their hands during the start of the heist.

With their blue gloves on, the quartet begins shoplifting several products from the shelves behind the counter.

The group stole several items in what appeared to be less than two minutes, before sprinting back out of the busted front door.

They then hurry back into the Taurus outside, which has its lights still on and doors open, and drive off. 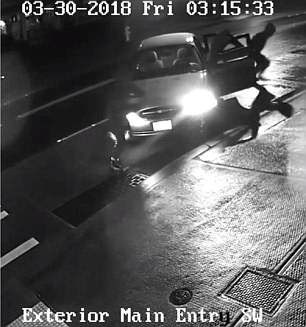 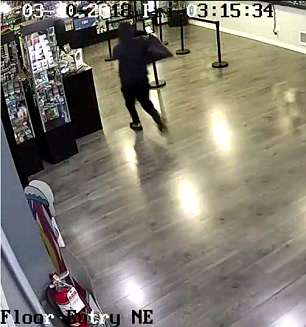 After crashing into the front, the bunch immediately opens the doors to dart inside and make their way inside The thieves did not take any money, only products inside the pot shop early Friday

Police confirmed the Taurus was stolen hours prior to the pot store robbery.

In a statement to local KOMO News, the CEO’s executive assistant at the shop, Marcelo Ramirez, said the thieves weren’t after money, ‘their target was flower.’

Ramirez added that Have a Heart associates are searching through earlier surveillance to see if they can find connecting clues.

‘We’re looking through our suspicious activity of the last month to see if there is any possible linkage.’ 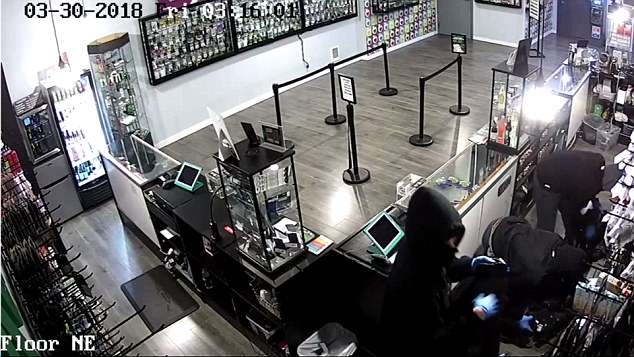 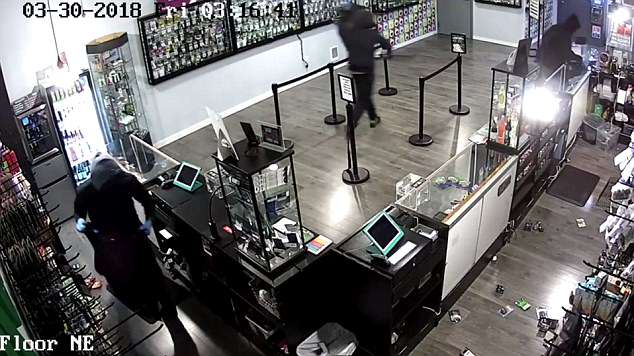 Police have yet to locate them. The group was wearing dark clothes with their faces covered 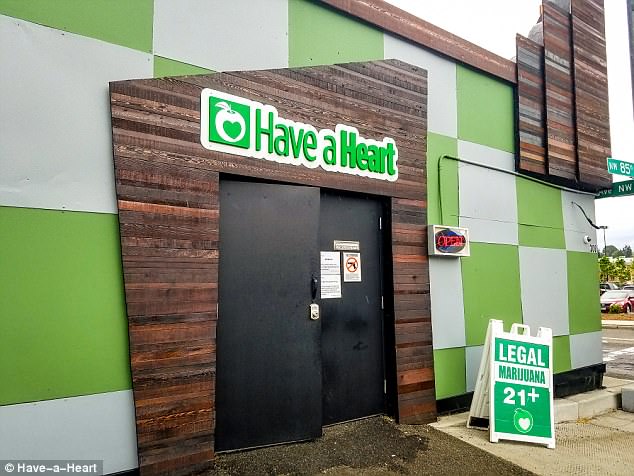 The Have A Heart smoke shop in Greenwood, Seattle is shown above during the day time. The thieves rammed the car into this door