High hopes but tough road for black woman in governor’s…

ATLANTA (AP) – She’s a Yale-educated attorney and a romance novelist who served a decade in the Georgia Legislature. Now Stacey Abrams has gained a shot at becoming the first black woman elected governor in U.S. history.

Abrams, 44, easily won the Democratic nomination in Tuesday’s primary, and strong turnout among Democrats has fueled hopes she can take back the governor’s mansion in November in a state where Republicans hold every statewide office from U.S. senator to insurance commissioner.

“We are writing the next chapter of Georgia’s future, where no one is unseen, no one is unheard and no one is uninspired,” Abrams declared after defeating fellow Democrat and former legislative colleague Stacey Evans.

Democrats see a potential window for victory in the race to succeed term-limited GOP Gov. Nathan Deal, but experts say it won’t happen without a hard fight.

“As long as Republican turnout doesn’t drop off dramatically, the advantage is still in their court,” said Andra Gillespie, a political science professor at Emory University in Atlanta.

Republicans won’t have their nominee until a July 24 runoff between Lt. Gov. Casey Cagle and Secretary of State Brian Kemp – two white men who were the top vote-getters in a crowded five-candidate GOP primary Tuesday in which contenders focused on the sanctity of gun rights and talked tough on immigration.

Regardless of who emerges as the Republican nominee in nine weeks, Abrams faces a tough political road in what remains a deep red state.

Georgia hasn’t elected a Democrat governor since 1998. And no Democrat seeking that office in the past 20 years, including former President Jimmy Carter’s grandson in 2014, has gotten more than 46 percent of the vote.

Abrams is betting she can succeed by abandoning the political playbook of previous Democratic nominees, who ran centrist campaigns aimed at luring back older white voters who had come to favor Republicans. She is instead hoping to appeal to young voters and nonwhites who have been less likely to participate in elections.

“Her basic proposition was: Trying to go after white voters who are inclined to vote Republican is futile,” Gillespie said. “What she proved last night is that she can attract non-black votes,” she said, referring to Abrams’ wide margin of victory. She won 76 percent of the vote to defeat Evans, who is white.

There might be a glimmer of hope for Georgia Democrats in the primary results Tuesday.

Democratic voters accounted for 47 percent of the 1.1 million ballots cast in the gubernatorial primaries. Republicans outstripped them by more than 53,400 votes. But the numbers show a big leap for the Democrats, whose share of primary ballots in contests for governor hasn’t exceeded 36 percent since 2010.

“Abrams may have two factors in her favor,” said William Hatcher, an Augusta University political science professor. “First, she has excited the Democratic base. Second, if the Trump administration remains unpopular, it will make it more likely that suburban moderates turn to the Democrats.”

Abrams is an underdog with a compelling backstory. Raised by poor parents alongside five siblings in Mississippi, she went on to attend Yale Law School. She worked as a tax attorney and deputy city attorney for Atlanta, then started her own legal consulting firm.

On the side, using the pen name Selena Montgomery, she published several romance novels with titles such as “Hidden Sins” and “Secrets and Lies.”

Abrams won election to the Georgia House in 2006 and rose to become the first black woman to serve as the chamber’s Democratic leader. She resigned her seat last summer to focus on the gubernatorial campaign.

Heading into the primary, she received a last-minute recorded phone message from Hillary Clinton for use in calling voters. She was also endorsed by Vermont Sen. Bernie Sanders as well as California Sen. Kamala Harris, considered a potential 2020 White House contender.

On the downside, Abrams’ 10-year political tenure generated ethics complaints and exposed personal financial debt that could haunt her in the fall campaign.

Abrams has denied allegations that she reimbursed herself thousands of dollars from campaign accounts without properly recording the transactions and that she used campaign staff to promote sales of her autobiography, “Minority Leader.” Earlier this year, her financial disclosure forms showed more than $220,000 in personal debt, including $50,000 owed to the IRS.

Abrams said she is on a payment plan to settler her overdue taxes. She blamed the rest on credit card debt accumulated to support herself during law school and additional financial burdens she took on to help support her aging parents.

“Yes, we all still make money mistakes,” Abrams wrote in an April commentary piece published by Fortune, “but they don’t have to be fatal to our dreams.”

“Not only has Abrams spent years promoting reckless tax-and-spend policies that would take Georgia backwards, but her large amount of alarming ethical issues continue to raise serious questions about her record,” Republican Governors Association spokesman Jon Thompson said in a statement after Abrams’ primary victory.

On the Republican side, Georgia voters can expect a bruising battle between Cagle and Kemp.

Cagle in February led the Legislature in killing a tax break on jet fuel to punish Delta Air Lines for ending a discount program for members of the National Rifle Association. The NRA endorsed Cagle soon after.

Kemp stood out with a campaign ad in which he said he has a big truck “just in case I need to round up criminal illegals and take ’em home myself.”

Sign up for “Politics in Focus,” a weekly newsletter showcasing the AP’s best political reporting from across the United States leading up to the 2018 midterm elections: http://apne.ws/3Gzcraw 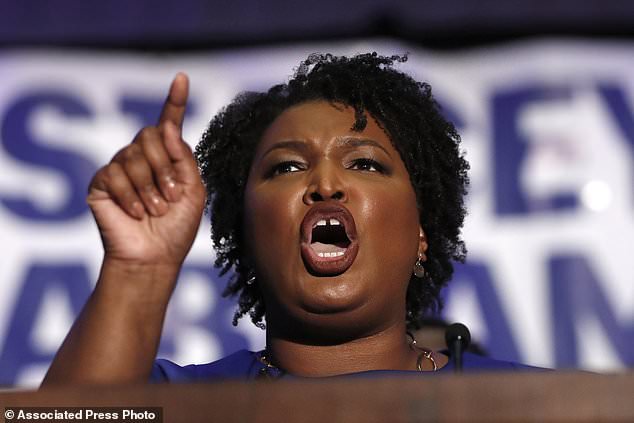 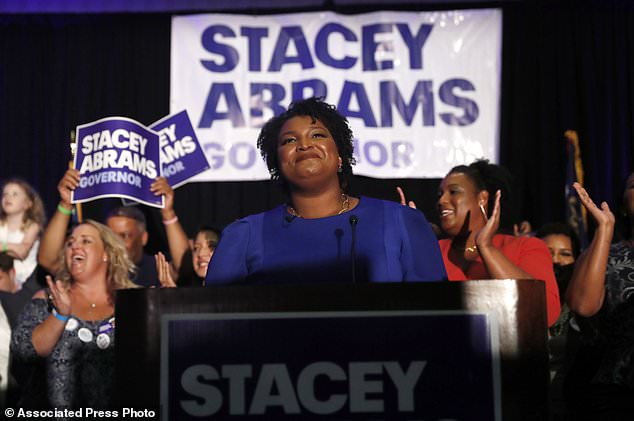