A high school football player has become an online sensation after performing a unique rendition of the National Anthem before his game.

Jackson Dean, 18, from Maryland wowed the crowd at a football game last weekend when he sang a country version of ‘The Star-Spangled Banner’ while playing the guitar.

Dean plays for Arundel High School and said Saturday that the amount of attention he has been getting is ‘very awesome’.

‘It’s definitely been a buzz and it’s kind of been crazy,’  he told the Washington Post.

‘This is very awesome, I didn’t expect it to get to here. But its going crazy.

‘I changed it so it fit me to where it would sound good, I did it the way it allowed me room to sing’.

The performance has been watched more than 140,00 on Youtube and has trended on Twitter since it was first posted on October 20.

Dean’s rendition comes at a time when the anthem has been embroiled in controversy involving President Trump and and some professional athletes, including National Football League players.

49ers quarterback Colin Kaepernick was one of the first players who kneeled in protest against social injustice and racism during the Star Spangled Banner at a game in 2016. 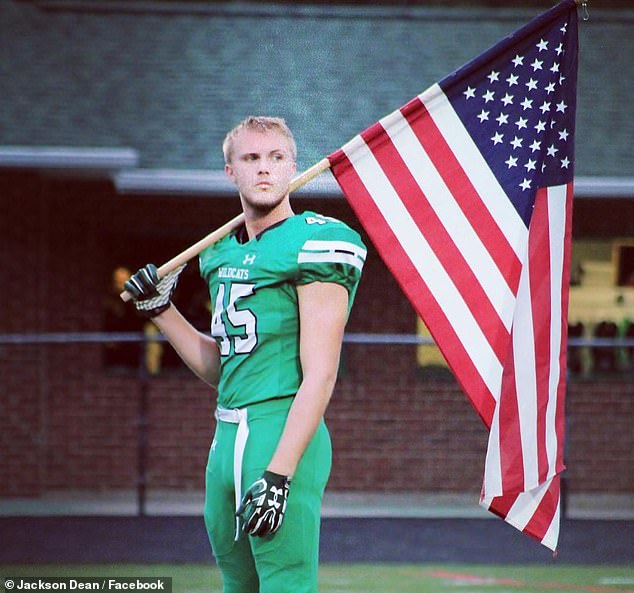 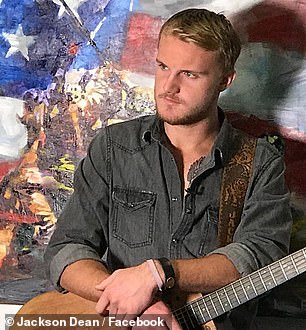 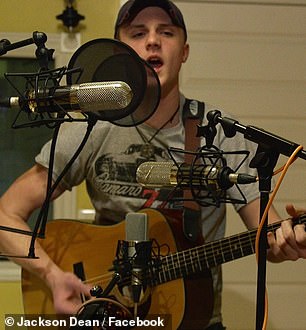 The move led to heated debates about free speech and protest within the world of sports and Kaepernick went unsigned for the 2017 season.

Dean, however, said he wanted to keep politics out of his performance.

He told Fox & Friends: ‘I’m an an American and I’m proud of my country and that’s all I’m going to say about that’.

Dean said he will finish high school a semester early in January. He has worked with a Nashville producer and, once school’s out, he can pursue his musical career in earnest.

‘This has taken off a lot faster than we thought.

‘We got some things in the pocket that have been work that I cant really talk about right now’.