A high school football captain who was left ‘brain dead’ in a coma after a tackle has been taken off life support.

Jacquez Welch was fighting for his life after he collapsed in the middle of a game at Northeast High School in St Petersburg, Florida.

Doctors were unsure if he would recover and last night his family decided to take him off life support, with his mother saying his organs will be donated to seven people.

The 17-year-old suffered from a rare pre-existing condition that caused severe bleeding in his brain after an abnormal tangle of blood vessels burst.

During the game on Friday night, Welch and his teammates tackled an opposing player from Osceola High School.

He was the only one that did not get up after the contact, according to WFTS. 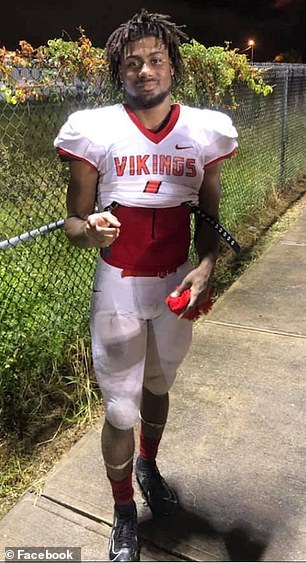 Paramedics rushed Welch (left and right) to the hospital, where he was diagnosed with a brain arteriovenous malformation. AVMs occur when there is an abnormal clump of arteries and veins that can lead to hemorrhaging 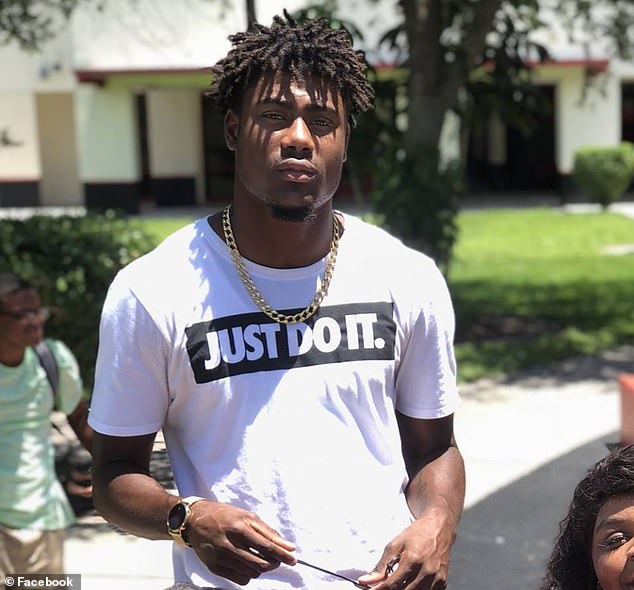 Jacquez Welch, a senior football captain at Northeast High School in St Petersburg, Florida, didn’t get up after a tackle during Friday night’s game against Osceola High School

Welch was rushed six miles away to Bayfront Health, where doctors discovered he had an arteriovenous malformation (AVM).

She told WTSP: ‘He was an organ donor, so that’s our role we’re doing now. He has found seven people to donate to.’

Nelson thanked her son’s friends and school colleagues for their support and visits to the hospital.

She added: ‘Keep going Vikings. I will be at every game ’till whenever because these boys out here have become my new sons. I’m there for the long run.’

Welch, a senior and team captain was diagnosed with an AVM, which occurs when there is a clump of blood vessels with abnormal connections between arteries and veins. 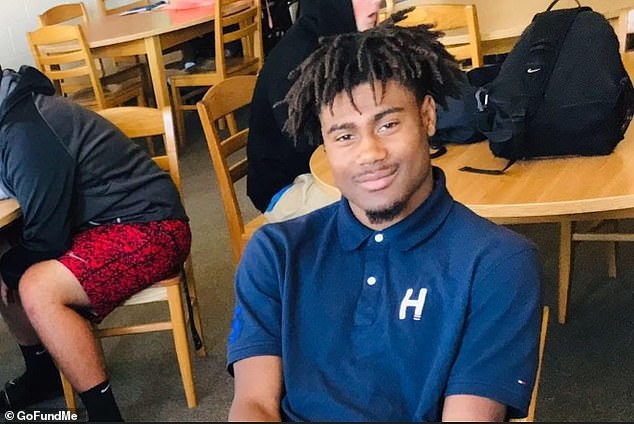 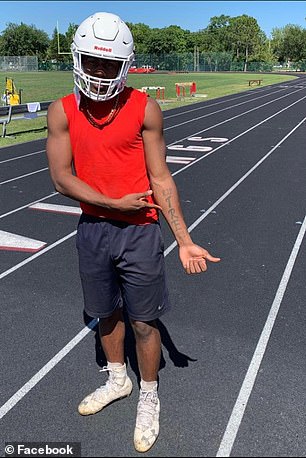 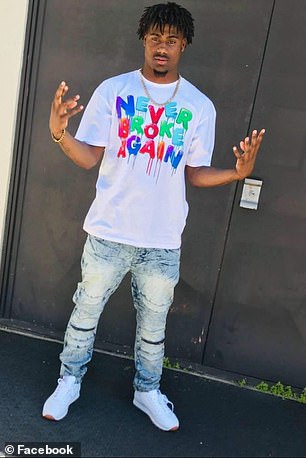 Jacquez Welch (right and left) was declared brain dead after being placed on life support. He collapsed following a tackle while playing for Northeast High School on Friday night

The cause of AVMs is unknown, but it believed to occur during fetal development,

Welch death comes just weeks after another player on Northeast’s football team was shot and killed while riding his bike. 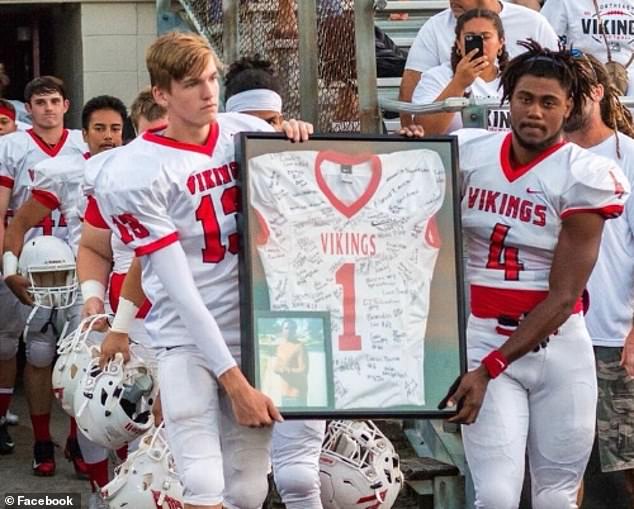 Northeast High School won 41-0 and, after the game, the entire team went to visit Welch in the hospital. Pictured: Welch (right) and his team during a pregame ceremony on Friday night presenting the jersey of a player, who was shot and killed, to his family 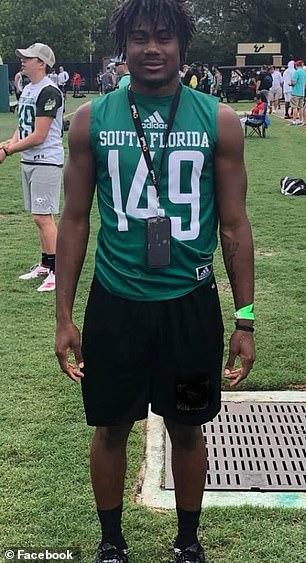 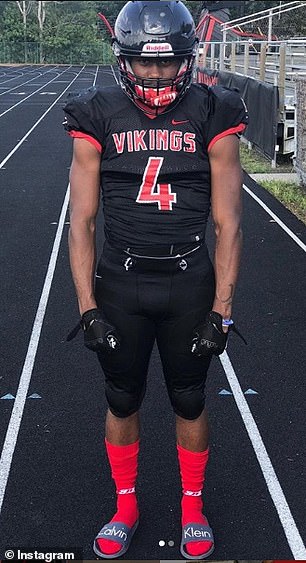 Welch (left and right) is currently on life support in the ICU and it is unclear if he will recover. He recently received his football scholarship offer from Concordia College in Minnesota

Nelson previously told WFTS that she was watching the game in the stands when the incident occurred.

She didn’t know the situation was serious until one of his coaches told her to come onto the field.

‘There’s nothing anyone could have done to prevent this,’ she told the station.

‘Jacquez is such an incredible kid,’ his coach, Jeremy Frioud, told the Tampa Bay Times. ‘He does everything right. Everyone is praying for him. He needs a miracle.’

Frioud told the newspaper that Welch has good grades – a 4.0 GPA – and received his first scholarship offer to play football at Concordia College in Minnesota.

The coach has also organized a GoFundMe page to help cover the cost of Welch’s medical bills.