High school senior, 17, collapsed and died after ‘inhaling nitrous oxide’ at a Penn State fraternity party at an off-campus house

The death of John Schoenig (pictured), who died at a Penn State frat party that was held off-campus in October, was ruled accidental. He died from inhaling nitrous oxide

The death of a high school senior, who collapsed and died at a Penn State fraternity party that was held off-campus last month, has been ruled accidental.

According to the office of the Center County Coroner, John ‘Jack’ Schoenig, 17, died from chemical asphyxia after inhaling nitrous oxide.

Chief Deputy Judy Pleskonko told Erie News Now that the gas, which is sometimes referred to as ‘laughing gas,’ was delivered through a ‘whippet,’ a metal canister like the ones used for whipped cream.

Inhaling nitrous oxide can be fatal if a person doesn’t get enough oxygen.

Pleskonko confirmed that Schoenig was deprived of oxygen, which stopped his heart.

The toxicology report found no alcohol in his system.

Schoenig, 17, from Erie, Pennsylvania, died on October 19 after going into cardiac arrest at the Chi Phi fraternity house at around 9.30pm.

He was visiting the college town with a group of friends. It is unclear if they knew any of the boys who lived in the home or how they ended up there.

It has not yet been confirmed if the Schoenig and his friends were attending a party at the off-campus property when he died.

At the time, Penn State released a statement about Schoenig’s death and about suspending the university.

‘On Saturday, Oct 19, medical assistance was sought for an individual who was unresponsive, at an off-campus house allegedly occupied by Chi Phi members, on West College Avenue in State College, which is not the fraternity’s official house. 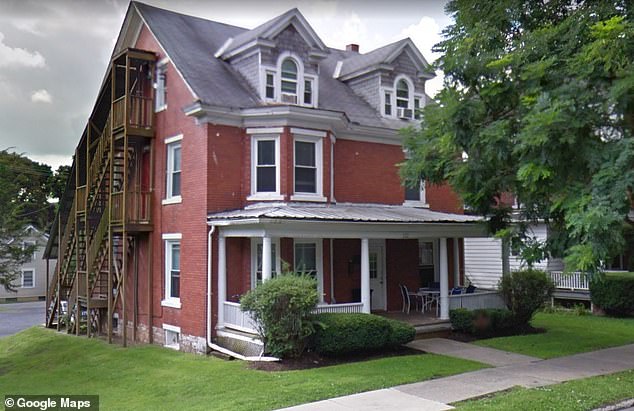 Schoenig was with friends at this off-campus Chi Phi frat house near Penn State when he died. He died after going into cardiac arrest 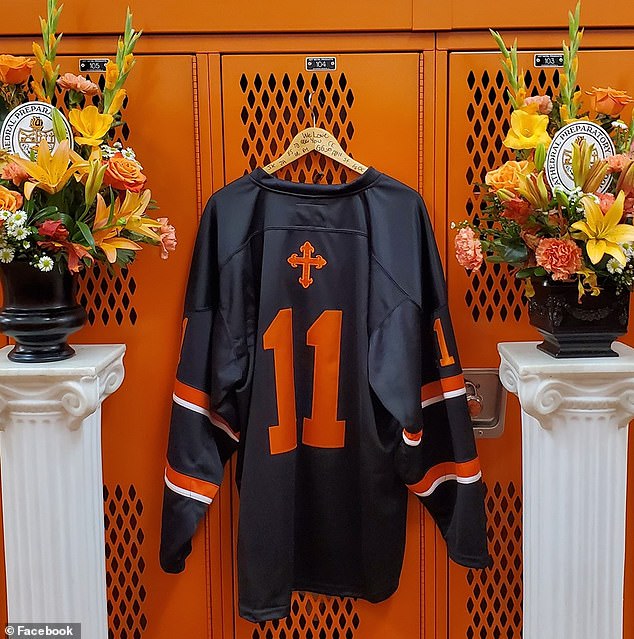 Friends of the high school student left a tribute to him at his locker following his death. Schoenig was a talented hockey player

‘The individual was pronounced dead at the scene. Penn State offers deepest sympathies to the family and friends of this young man.

‘Penn State has issued an interim suspension of the Alpha Delta Chapter of Chi Phi fraternity, a member of the Interfraternity Council, until more information is known.

‘The interim suspension means the fraternity loses all privileges as a recognized student organization pending the outcome of the investigation.

‘The organization may not participate, attend or organize any functions, activities or events, or participate in University-wide events as an organization,’ the statement reads.

Schoenig was a talented ice hockey player who was in his final year of high school at Cathedral Prep.