High school seniors have shared their hilarious yearbook quotes amid their upcoming graduation, showing off their cleverness in all its glory.

Senior yearbook quotes have become a popular way for graduates to demonstrate their humor or thoughtfulness one last time, and this year’s graduating class is no exception.

Multiple seniors posted their yearbook quotes on social media and instantly went viral with the brilliant statements. One person – channeling Queen B – wrote: ”I was Beyonce in a school full of Michelles.’

Destiny’s Child inspiration: One senior channeled his inner Queen B to express how he felt about high school in his yearbook quote 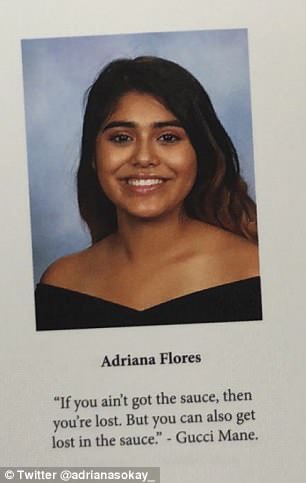 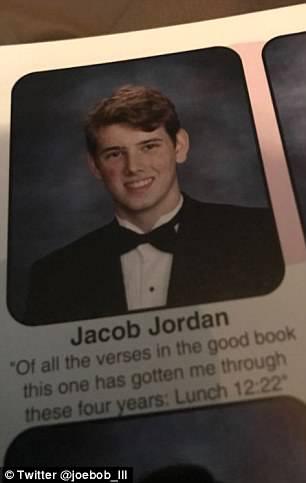 Clever: Rapper Gucci Mane inspired one senior’s quote (left) while another used the format of a bible verse to express his appreciation for lunch (right) 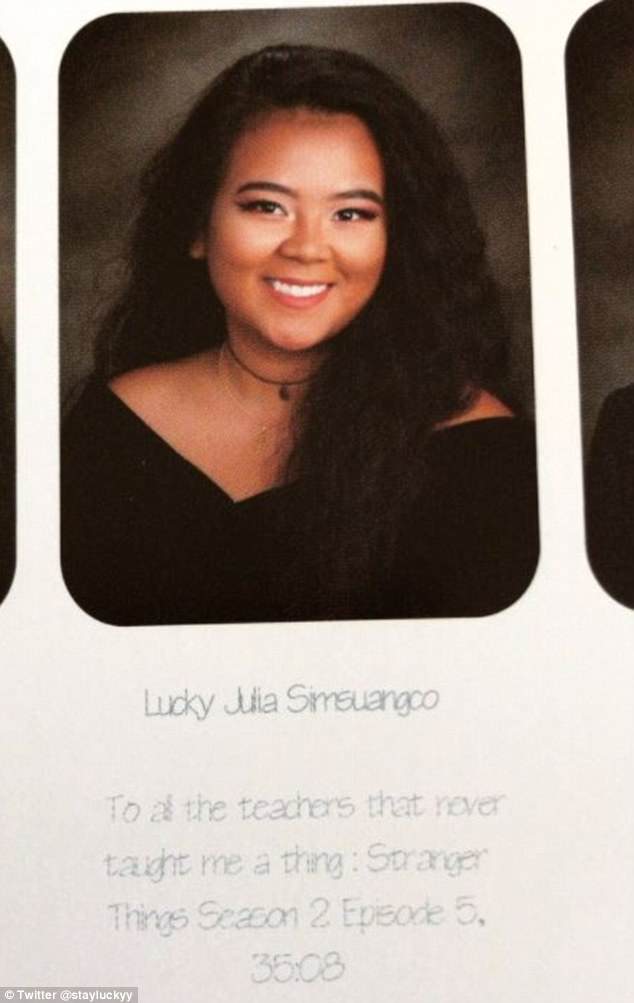 No help: A disgruntled high school senior used Stranger Things to help her disclose how she felt about some of her teachers 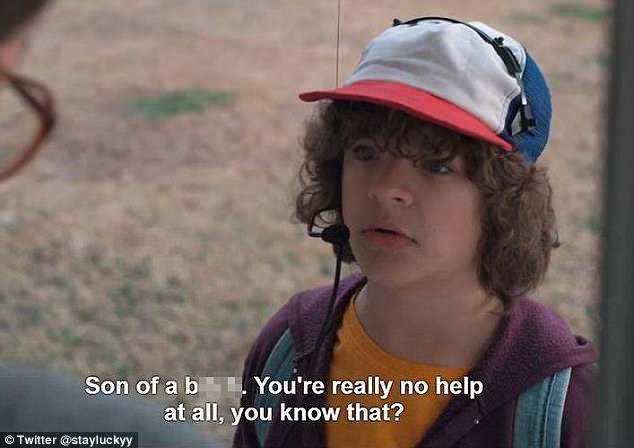 Mystery quote: The sequence the senior referred to sees one of the main characters of the science fiction show telling someone: ‘You’re really no help at all, you know that?’

The hilarity only continued as other seniors posted their own quotes on social media.

One senior female took inspiration from rapper Gucci Mane for her quote. It said: ‘If you ain’t got the sauce, then you’re lost. But you can also get lost in the sauce.’

Another person joked about their favorite verse from a book, but it wasn’t what one would typically expect.

‘Of all the verses in the good book this one has gotten me through these four years: Lunch 12:22,’ the quote, visibly inspired by the Bible, reads.

The line was raved about online because many people could relate to the dread of having to wait every day to eat at the assigned lunch period.

A new trend in senior quotes sees people using a time stamp during a specific show to convey how they feel without writing it out. This allows for seniors to have a ‘hidden’ message without fear it could be rejected by their school’s administration.

Looking fly: A mother was shocked when she saw her son’s high school quote, which she expected to me much more thoughtful than it actually was 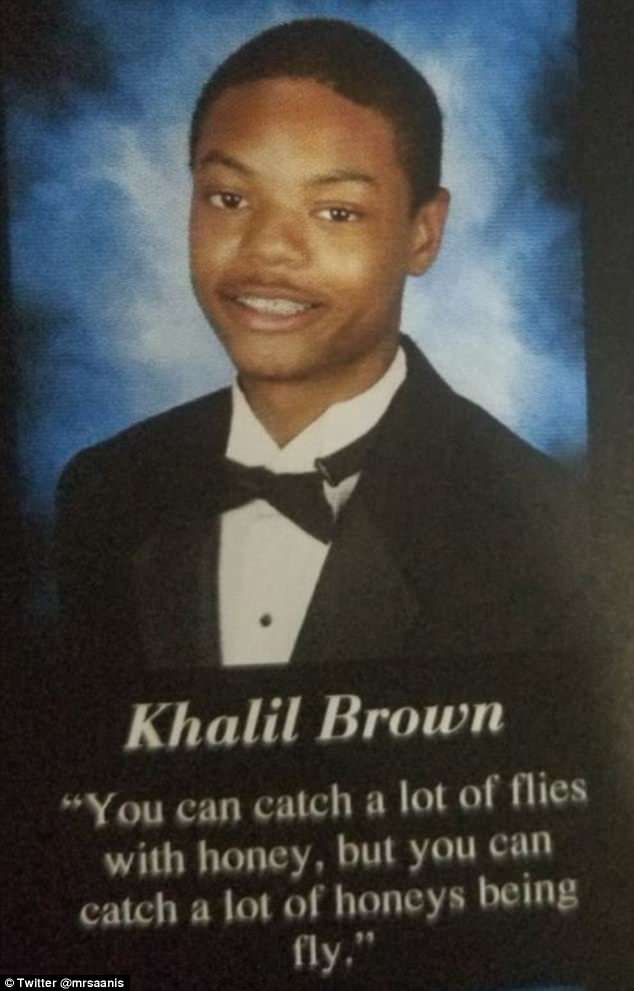 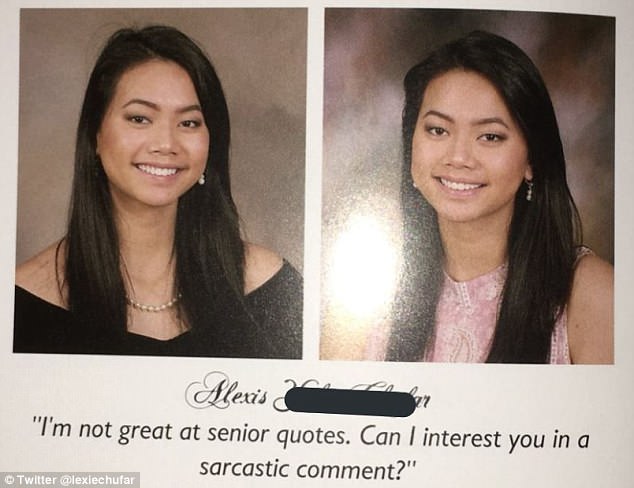 Funny: One high school senior who claimed she wasn’t good at senior quotes referenced Friends to help her out 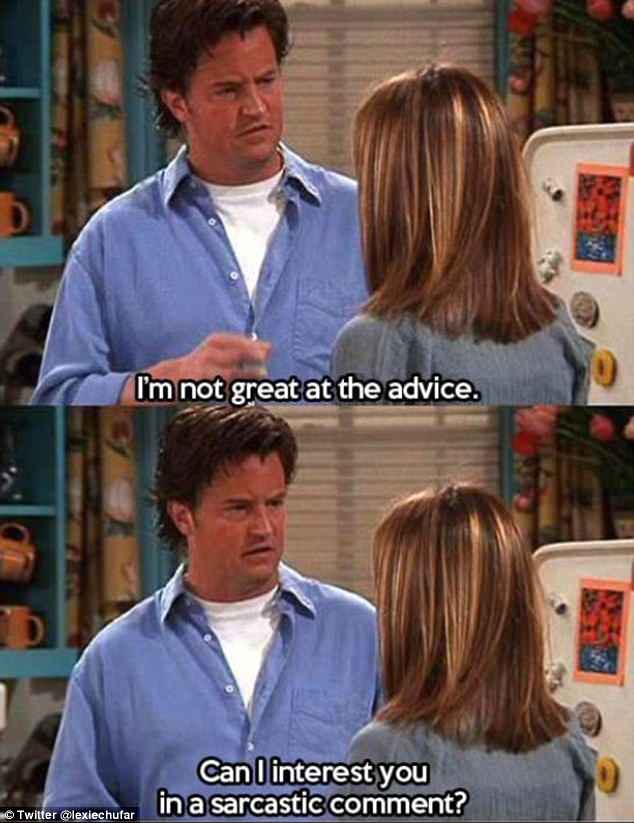 Episode: Her quote plays off of a conversation Chandler has with Rachel, in which he tells her: ‘I’m not great at the advice. Can I interest you in a sarcastic comment?’ 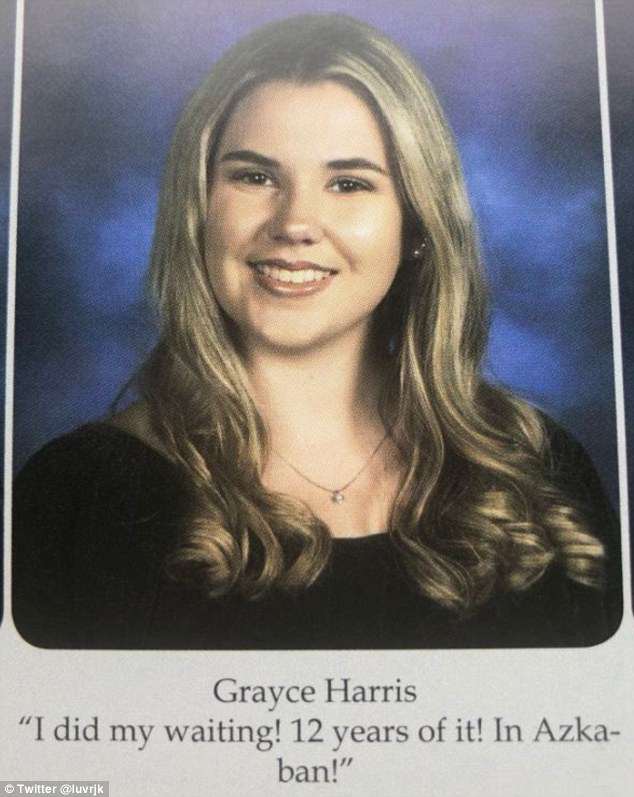 Harry Potter would approve! Another person couldn’t help but channel the magical books for inspiration for her quote 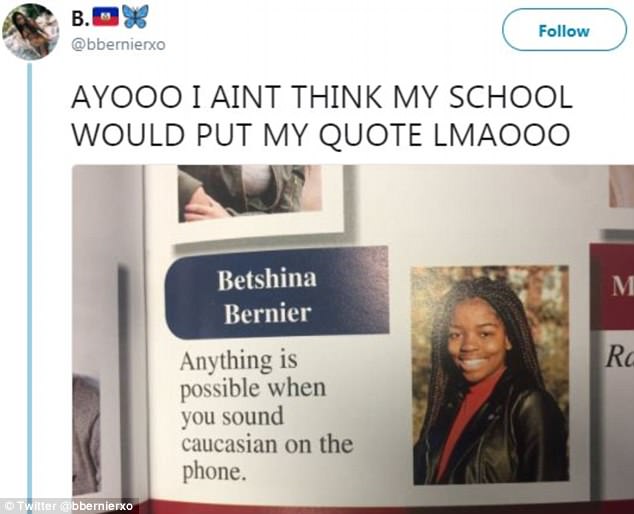 Shocked: Another senior didn’t expect her quote to actually make it into her yearbook

One high school senior used a specific moment during Netflix’s Stranger Things to convey how she felt about some of her teachers.

Her quote read: ‘To all the teachers that never taught me a thing: Stranger Things Season 2 Episode 5, 35:08.’

During that moment in the show, one of the characters says: ‘Son of a b****. You’re really no help at all, you know that?’

Stranger Things was not the only show that inspired students for their quotes. Another student used a quote from Chandler Bing in Friends to joke about the pressure to write a good senior statement.

‘I’m not great at senior quotes. Can I interest you in a sarcastic comment?’ the quote read.

This plays off of a conversation Chandler has with Rachel during an episode of Friends, in which he tells her: ‘I’m not great at the advice. Can I interest you in a sarcastic comment?’

One mother posted her son’s hilarious quote on Twitter for other people to see.

The dismayed mother wrote as she shared her son’s quote: ‘My son fought cancer in the 10th grade and survived! I just assumed his senior quote would be deep and thought-provoking. WRONG!’