An Oregon high school student was knocked unconscious during a fire drill when a frightened deer nearby charged and crashed into her.

Senior Josie Lemley was smacked in the head when the deer’s hooves hit her and was sent to the hospital with a concussion on Tuesday.

The fire drill at Eagle Point High School saw students file outside where two deer were spotted. The alarms triggered one of them into a scared frenzy, violently colliding with Lemley. 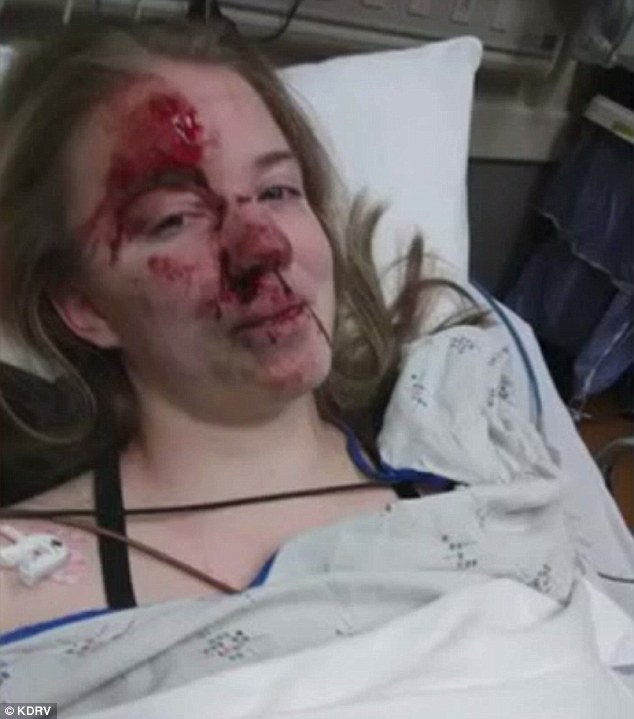 The deer that was near the campus was frightened with the alarms and bolted towards the group of students filing out of the school, crashing into Lemley (above) with its hooves 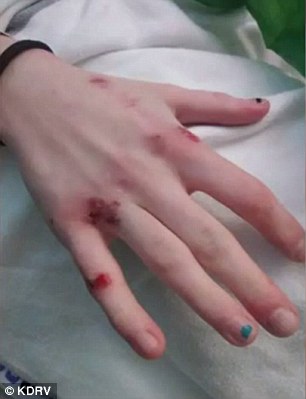 She suffered a concussion and was unconscious for about 30 seconds. She also bore bloody bruises to her face and hands. She is expected to make a full recovery 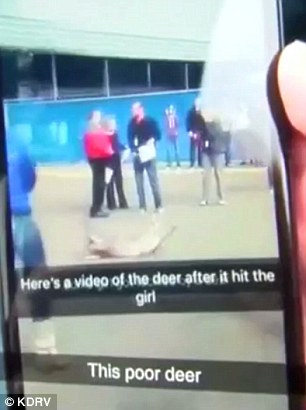 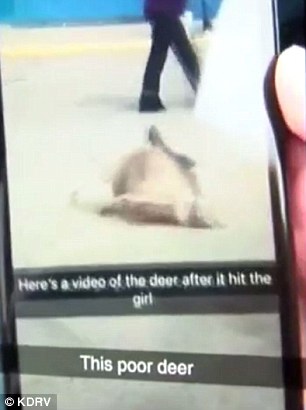 Students recorded video of the deer buckling in the aftermath of the crash, struggling to get up after suffering damage to its legs

‘The Eagle Point High School was running a fire drill, and upon students exiting the building, there were two deer on campus that were spooked, and one of them ran into a student who was exiting for the fire drill,’ district member Damian Crowson said according to Koco5 News.

Lemley was left with her face bloodied, with a bloody mark above her right eyebrow and bloody bruises along her nose and upper lip.

Her hands also bore scars from the collision.

She was unconscious from the blow for about 30 seconds.

Despite the traumatic blow, Lemley says she doesn’t even remember seeing a deer. 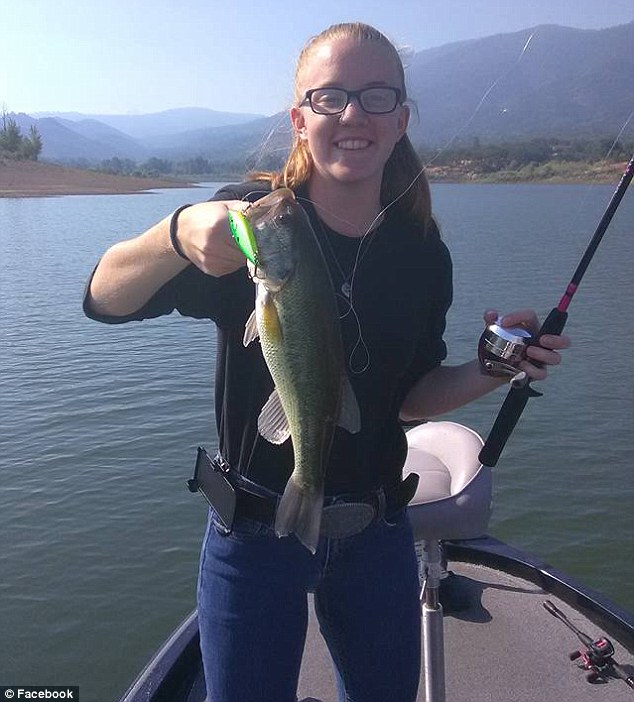 Lemley (pictured above before the accident) suffered marks on her forehead, nose, and upper lip 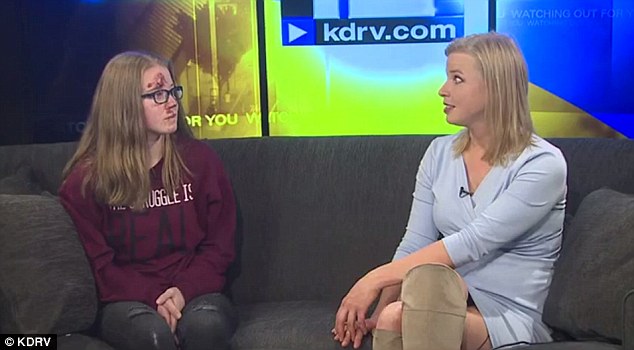 She spoke with a local news station saying: ‘I made it halfway out there and next thing I know I was on the ground. I don’t remember, I never saw any deer’ 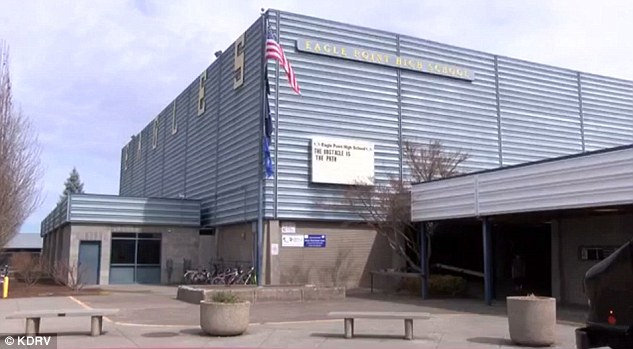 ‘Well we were having a fire drill during school hours, I made it halfway out there and next thing I know I was on the ground. I don’t remember, I never saw any deer,’ she said to KDRV.

‘I think I got hit in the face with a hoof,’ she added.

Students on the campus took video of the aftermath of the crash, revealing the deer struggling on the ground lying sideways, frantically trying to get back up.

Staff believed the animal’s legs must have been injured in the crash.

Lemley was taken to the hospital and is expected to make a complete recovery.

‘I don’t know how I don’t have a broken bone from that,’ she said on the collision.