A student is suing his school district, claiming First Amendment rights were violated after he was asked to cover up a T-shirt supporting Donald Trump’s border wall.

Addison Barnes wore the t-shirt to a People and Politics class, which was discussing immigration, but was told to cover it up when asked by a teacher.

The 18-year told Fox 12 the assistant principal pulled him out of class because his shirt offended students and a teacher at Liberty High School in Hillsboro, Oregon.

Addison Barnes with the offending T-shirt, which he was told the cover up 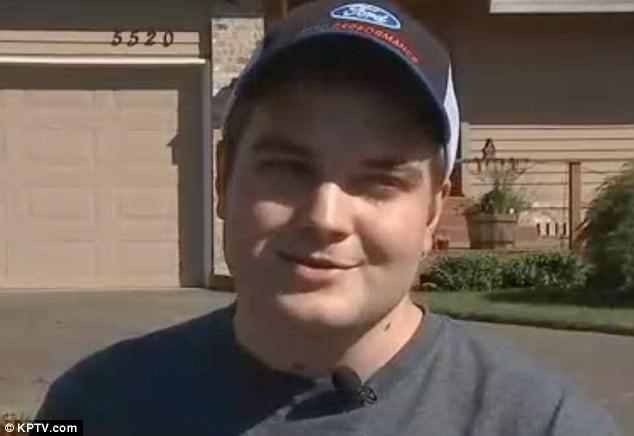 The T-shirt included the words Donald J Trump Border Wall Construction Co. and a quote from the president: ‘The wall just got 10 feet taller.’

‘She gave me the option – either I cover the shirt up or I get sent home,’ he said of the January 19 incident.

‘And then a few minutes later I decided, you know this isn’t right. I have my First Amendment and it’s not right what they’re doing.’

Barnes instead  left the school, who deemed his absence a half-day suspension, though that was later rescinded.

Barnes said he is aware of the school district’s dress code but said he was asserting his First Amendment Rights.

However, in Hillsboro School District’s Standards of Student Conduct it outlines a more defined set of guidelines. 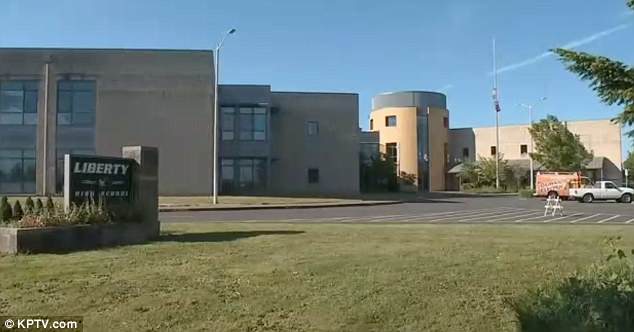 ‘Clothing decorated or marked with illustrations, words, or phrases that are disruptive or potentially disruptive, and/or that promote superiority of one group over another is not permitted,’ it says.

Barnes told KGW-TV, material promoting other political points of view are tolerated at the school.

‘I had a teacher who had a pro-sanctuary-city poster in her room which was up all year, yet as I wear a pro-border wall shirt, I get silenced and suspended for wearing that,’ he said.