A newlywed couple were killed when their car collided with a truck just minutes after taking their vows in Texas.

Harley Joe Morgan, 19, and Rhiannon Boudreaux Morgan, 20, who knew each other since the eight grade, were pulling out of the driveway of a courtroom in Orange County where they tied the knot when the accident occurred.

Police said Harley Morgan was driving a 2004 Chevrolet when he collided with a 2015 Ford F-250 pickup truck towing a trailer carrying a tractor and traveling south on Highway 87 on Friday at 3pm, according to KDFM.

Harley Joe Morgan, 19, (left),  and Rhiannon Boudreaux Morgan, 20,(right), were married for just minutes before they lost their lives in a horrific crash in Orange County, Texas 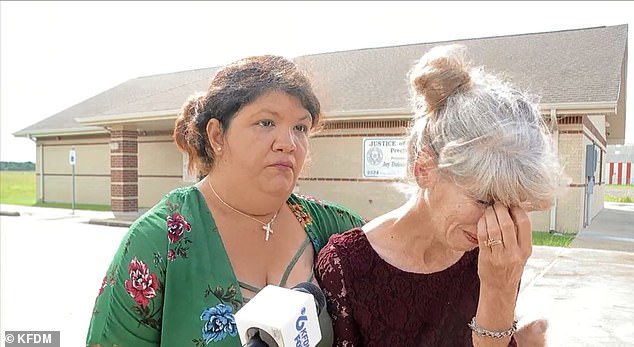 The groom’s mother Lashawna Morgan, (right), and sister Christina Fontenot, (left), were following the couple and witnessed the tragedy after leaving a courthouse where they wed

The young couple, who were both from the city of Vidor, were pronounced dead at the scene of the crash at the 2300 block of Highway 87.

The groom’s mother Lashawna Morgan and sister Christina Fontenot were driving behind the couple and witnessed the horror crash.

While still wearing the blood-stained clothing from when she tried to remove the high school sweethearts from the wreckage, Lashawna said her ‘worst nightmare’ happened before her eyes.

The devastated mom told KDFM: ‘They had just gotten married. They haven’t even been married for five minutes.

‘Those two babies. The only thing that they wanted was to get married and start their life. The two of them had so many dreams.’

‘I watched my baby die. I’m still wearing my son’s blood because I was trying my best to rip him and her out of the car. 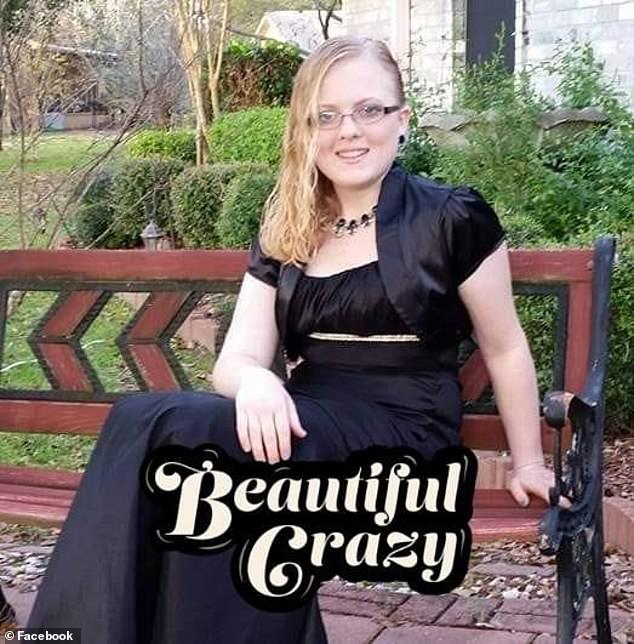 Rhiannon Morgan, 20, (pictured), had known her husband since they were in eighth grade and his mother claimed they were planning a bigger Christmas wedding 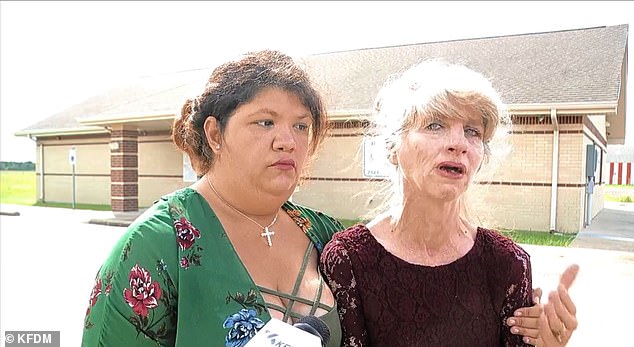 ‘I witnessed my own worst nightmare. That’s an image that will haunt me the rest of my life. I won’t forget it.

‘It will never go away. I will see that truck hit my baby and kill my baby every night of my life, the rest of the time that I’m on earth.’

Christina Fontenot claimed the couple were planning a larger ceremony for December 20 because they wanted a Christmas wedding.

She added: ‘The 20th of December is when we were going to have the big ceremony with the flowers, all the friends, rest of the family, everything.’ 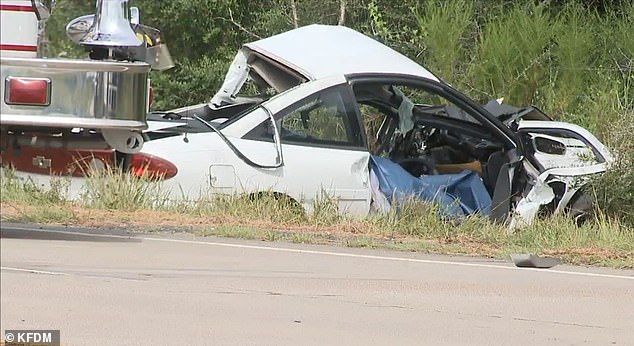 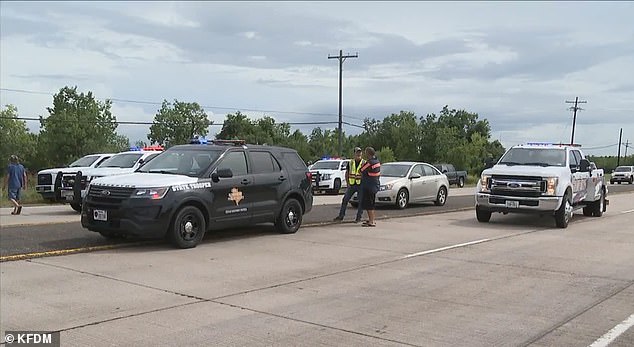 Meanwhile Lashawna claimed that the image of the horrific crash and watching as her son and his bride died will haunt her forever.

‘My worse nightmare happened right in front of my eyes. If you have kids, go home and hug them, because I don’t have my kid, I don’t have the one thing in my life that made me happy.

‘Even if you’re mad, hug your family. Love your family. Even if they’ve made you mad, make amends. Don’t go to bed angry because you don’t know. You don’t know how fast you can lose that person.’

Justice of the Peace Joy Dubose-Simonton, who officiated the couple’s ceremony, later went to the crash scene to pronounce the couple dead, according to KFDM.

Footage shows the car badly damaged in a ditch at the side of the road. The male driver of the pick-up truck wasn’t injured, police said.