Hiker dies after falling from Yosemite’s Half Dome trail

A hiker in Yosemite National Park fell to his death while climbing the iconic granite cliffs of Half Dome in rainy conditions, authorities said Tuesday.

The National Park Service said the accident occurred Monday at about 4:30 p.m. in the Northern California national park.

The hiker’s body was recovered Tuesday afternoon. He has not yet been identified.

NPS spokeswoman Jamie Richards said the man and a companion were scaling the steepest part of the trail where rangers recently installed cables to help hikers get to the top of the 8,800-foot rock face.

The Half Dome and Yosemite Valley in a view from Glacier Point at Yosemite National Park, California is shown in this August 2011 file photo. A hiker fell to his death Tuesday while climbing it 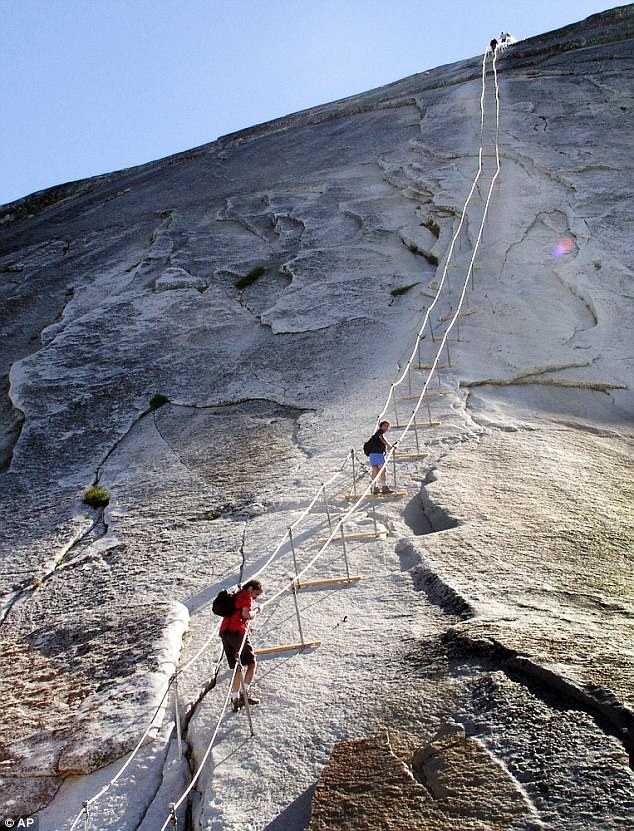 Hikers descend the cable route after climbing to the summit of Half Dome, in Yosemite National Park in June 2004

Richards said the companion was helped from the trail and was unharmed.

The cables are installed each summer to assist the thousands of hikers who make the popular 14-mile round trip.

Richards said hikers can clip safety harnesses to the cables, but the vast majority don’t.

Richards said investigators are still trying to determine how the fall occurred.

She said it’s unclear if the hikers were climbing in the rain, but that the well-worn trail over smooth rock was wet.

The NPS declined to release the man’s name pending notification of his family. The NPS said it’s the first fatal fall from Half Dome since 2010. 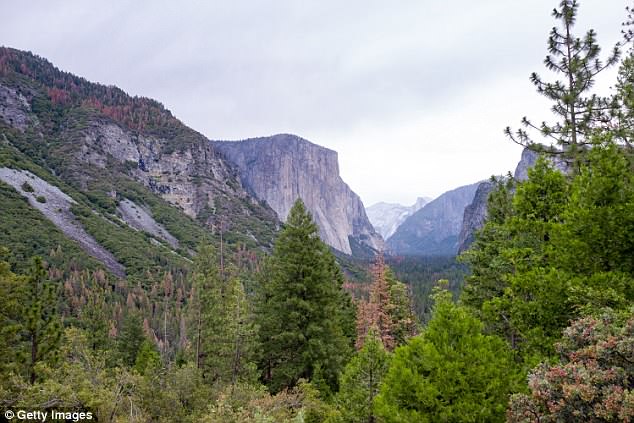 View of the El Capitan rock formation and the Yosemite Valley in Yosemite National Park on a cloudy, overcast day, with trees visible in the foreground, Yosemite Valley, California, 2016 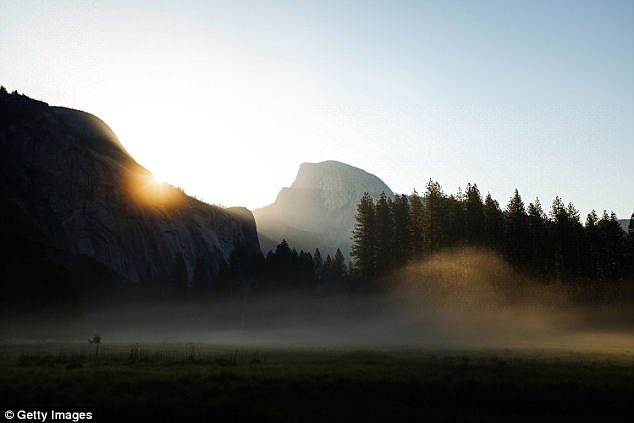 A view of Half Dome at sunrise on May 20, 2015 in Yosemite National Park, California