Hikers who are risking serious injury and even death are doing so in the pursuit of ‘likes’ and ‘shares’ on social media, rescue chiefs warn.

The figure represents a 38 per cent increase from the 491 rescues they conducted in 2013. 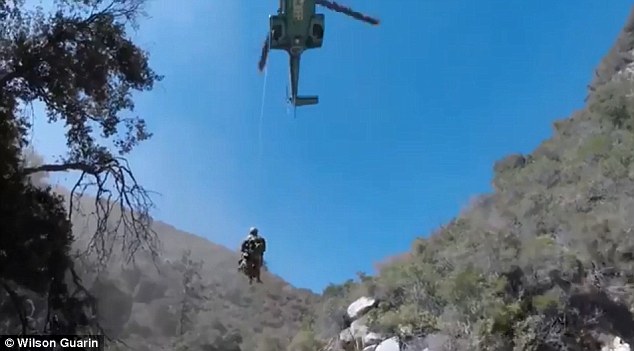 Then without any thought about the difficulty others try to re-create their own 15-second version of glory.

The revelation comes after one man witnessed two thrill-seekers who had to be rescued after injuring themselves at Hermit Falls in Angeles National Forest.

Wilson Guarin and his children, Olivia, 11, and Brandon, 12, had hiked to Hermit Falls in Angeles National Forest, one of the most popular waterfalls in the Los Angeles area.

Soon after they arrived, they saw a man dislocate his shoulder when he jumped into the rock pool at the base of Hermit Falls.

Less than a minute later, another man jumped and appeared to break both his legs.

Guarin, 40, of Long Beach said the cliff jumpers’ intentions were obvious and that they wanted to get a video of themselves and post it to social media.

A thirst among hikers, often inexperienced and under-prepared, to gobble up “likes” and shares on Instagram and other social media sites has led to a significant increase in rescue missions by first responders.

‘People will post videos of themselves jumping off of Hermit Falls or the Malibu rock pool, and they post it in the springtime when there’s a decent amount of water. 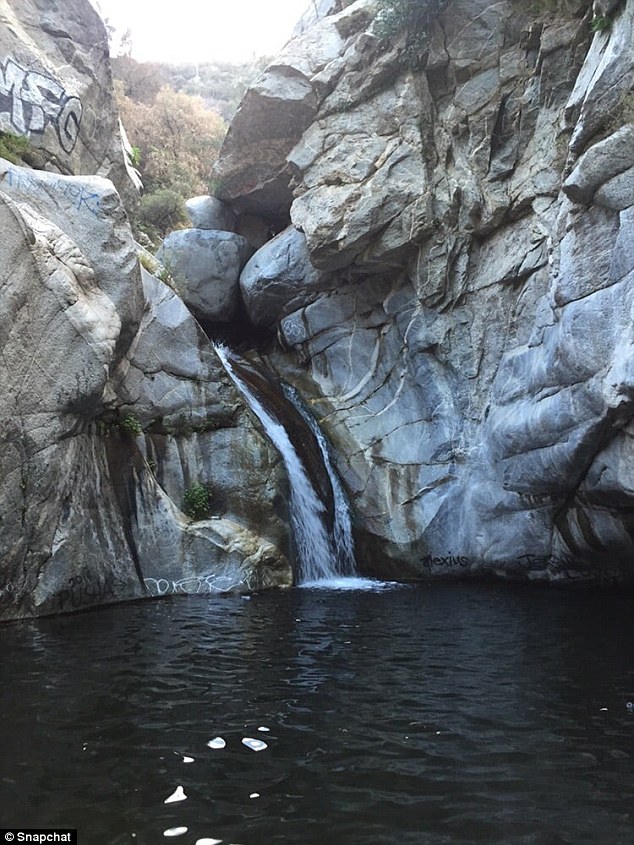 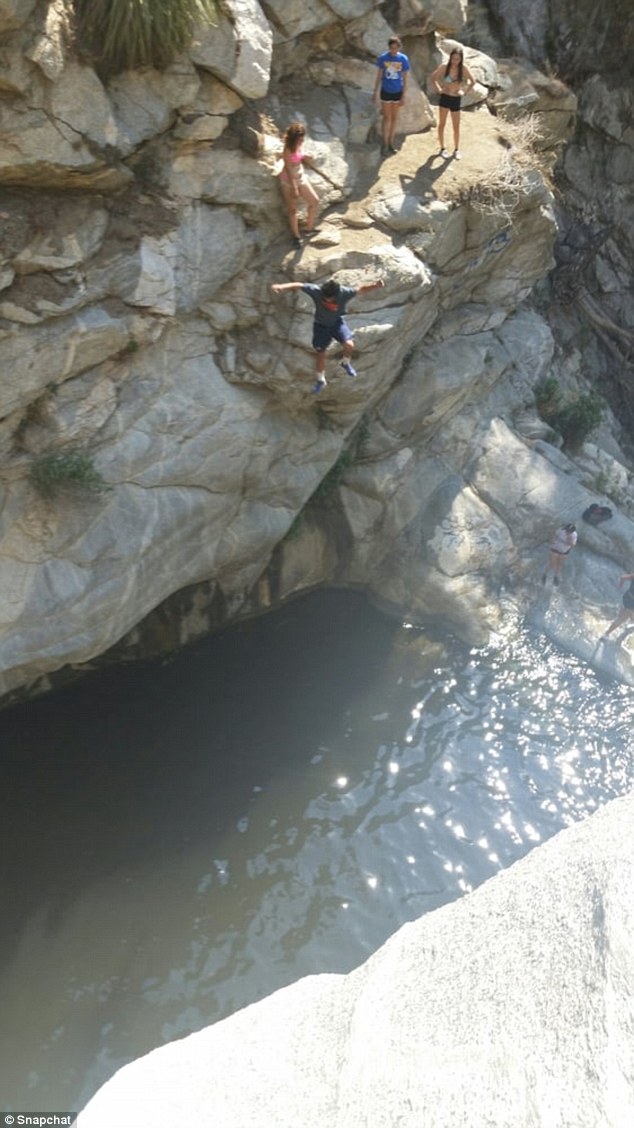 He added: ‘You don’t want to be a lawn dart going into that shallow pool.”

On Instagram, posts from visitors venturing to waterfalls and swimming holes in Angeles National Forest and other recreation areas show hikers morphing into models, striking seemingly the same poses in the same places.

Robert Garcia, a fire chief for Angeles National Forest, doesn’t discourage people from enjoying the outdoors but insisted that they should take precautions.

But he points out that many accidents are avoidable and happen either when people go off trail or ignore official warnings about an area being closed — such as the upper falls of Eaton Canyon — and visit anyway.

‘Beyond the safety element, there’s an element of resource damage,’ Garcia said.

‘Trails are designed with mitigation and resource protection in mind, so user-created trails don’t have that level of planning.’

The American Hiking Society recommends ten essential items any hiker should bring when heading out to take part in a trek.

They are appropriate footwear, a map and compass, food, rain gear and extra clothing, a first aid kit, sunscreen and a knife, and extra water and a way to purify it.