Sending texts to the wrong person can be embarrassing at the best of times – but when your parents are involved, it’s a whole different ball game.

From drunk messaging parents to sending accidentally embarrassing typos, these uncomfortable exchanges are enough to make your toes curl.

While some parents responded inappropriately to ‘normal’ questions, others accidentally sent cringey messages clearly intended for someone else.

Instagram account @YourSh***Family , believed to be run from America, shared hilarious exchanges. One mother wants to check the details of the catchy drinking pun before she started partying 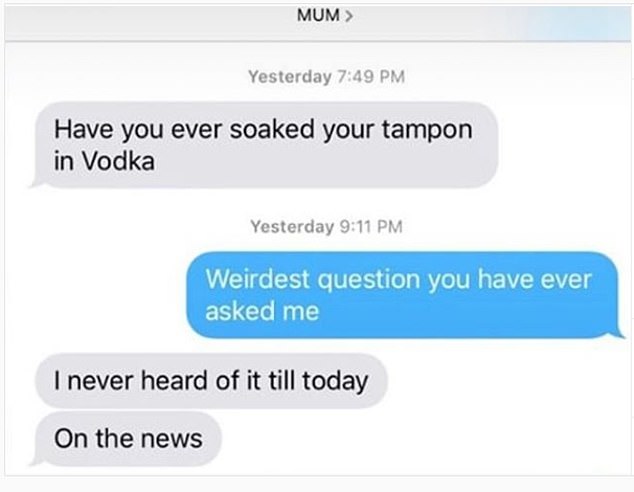 One mother, believed to be from the UK, revealed she’d learned some interesting new uses for sanitary products from the news 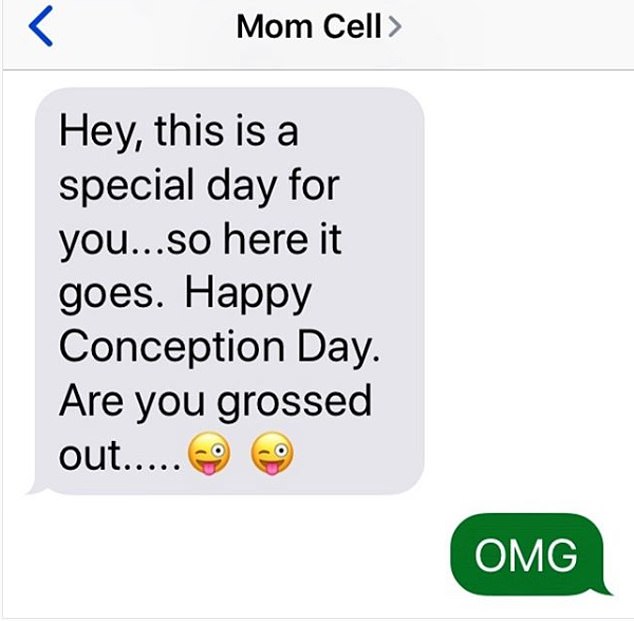 Too much information! While everybody loves celebrating birthdays, one person was horrified to receive a text on a different anniversary 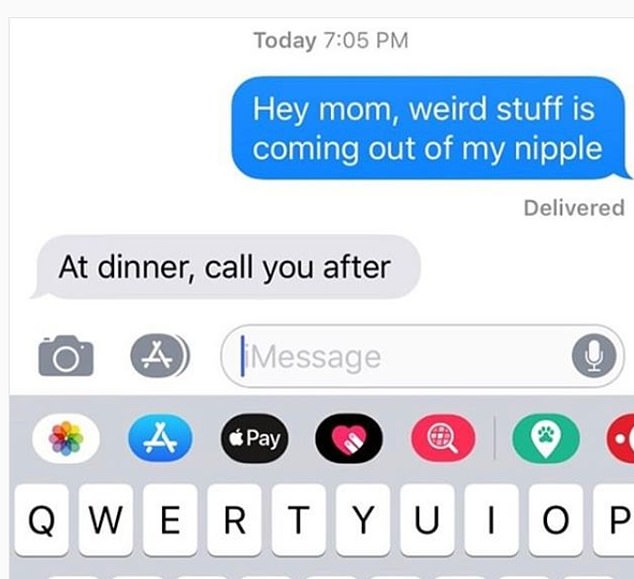 Get your priorities sorted! One parent couldn’t help but prioritize dinner over the ‘weird stuff’ coming of their child’s nipple 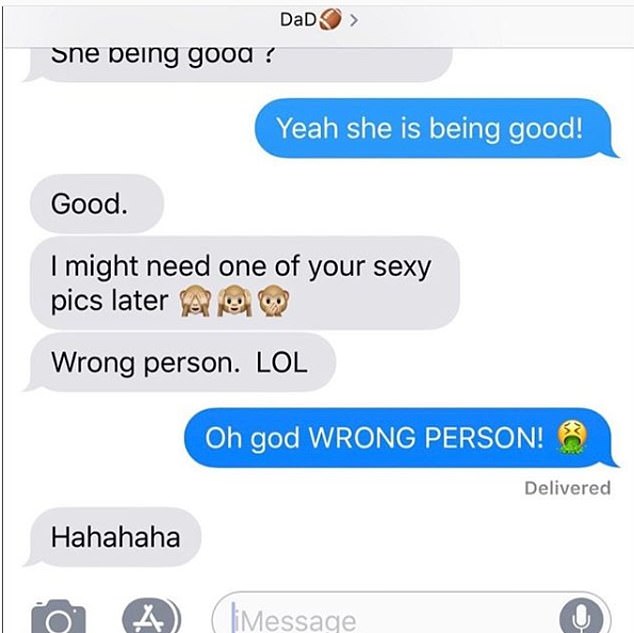 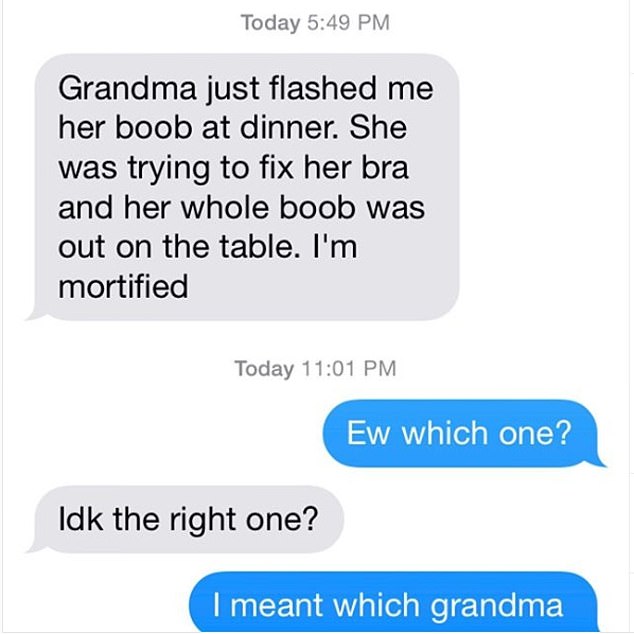 Not as mortified as Grandma I bet! One person couldn’t believe their grandmother had accidentally flashed her breast at the dinner table 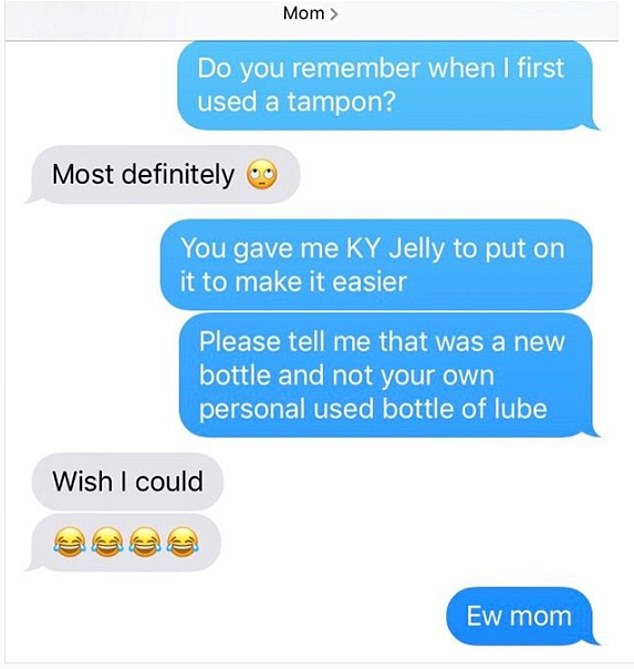 Ew Mom! Another girl was revolted after she tried to seek reassurance from her parent, only to be greeted with the laughing emoji 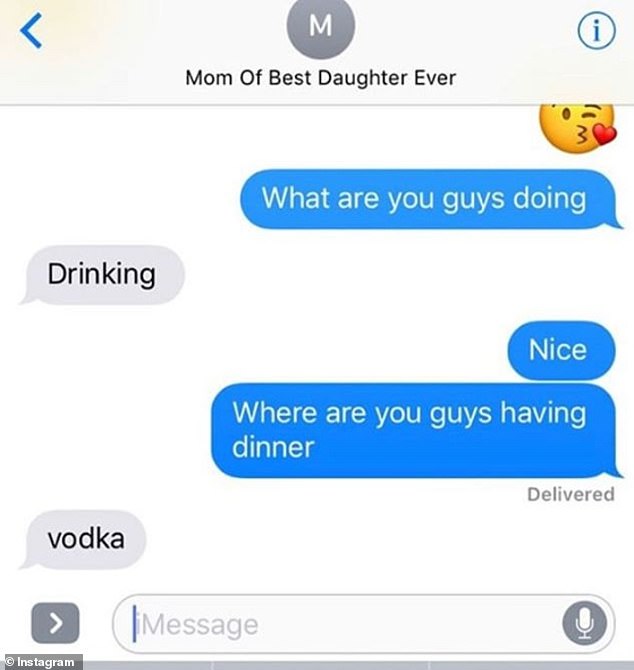 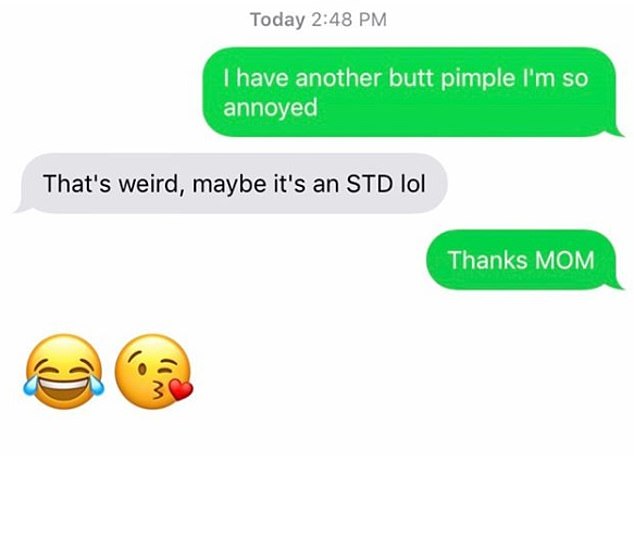 Another reassuring mother! One parent couldn’t help but tease their child about their ‘butt pimple’ 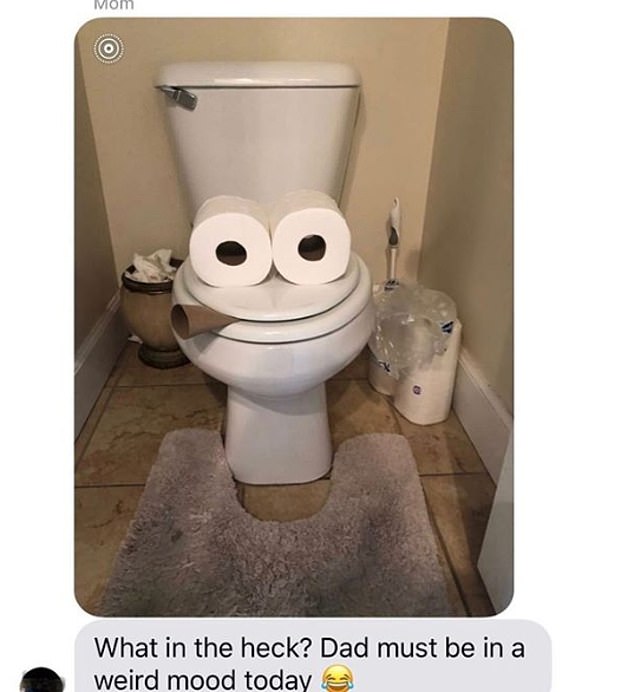 Surprise! One child was stunned after their parents shared a makeshift cartoon character made from their toilet 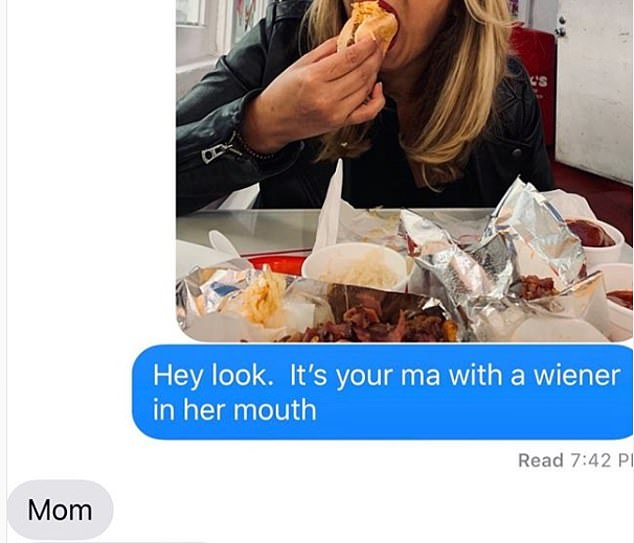 No Mom! Another person was left disgusted by their parents inappropriate hot dog photograph and pun 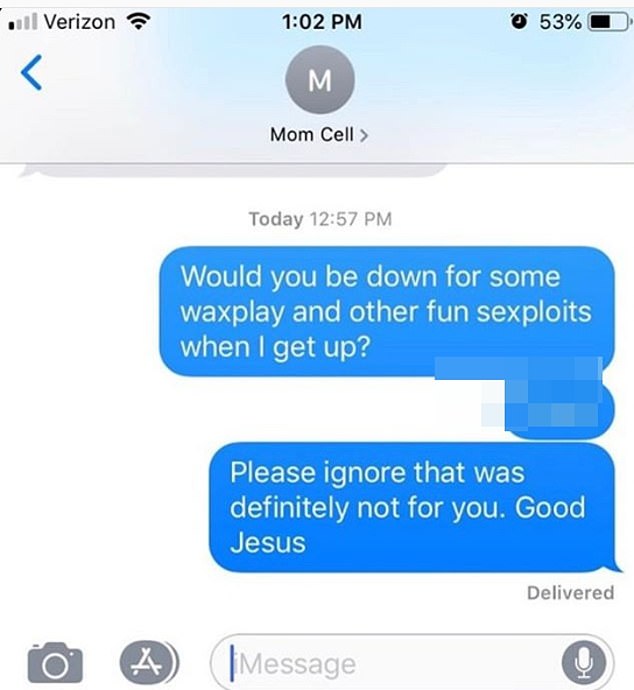 Wrong number! One person shared their embarrassingly awkward sext they accidentally sent to their mother 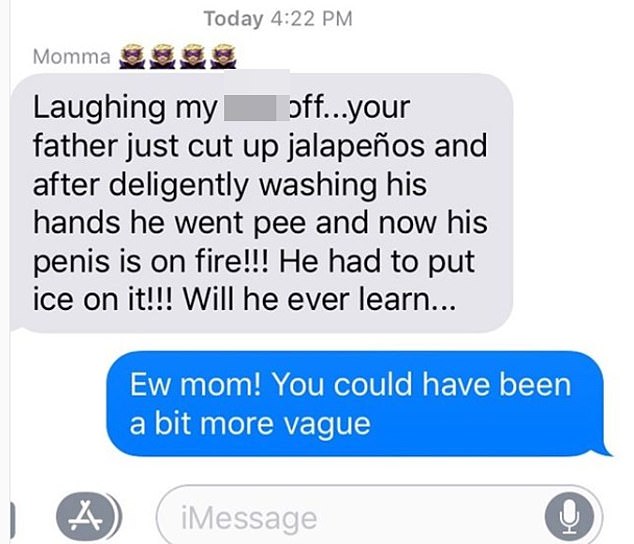 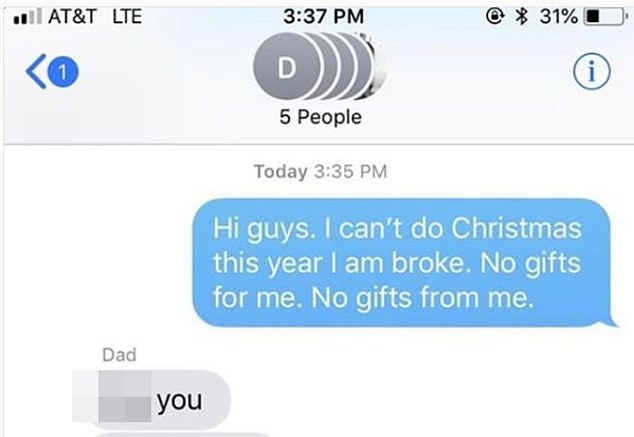 Not in the festive spirit! One person shared the brutal response they received from their father when they said they were broke 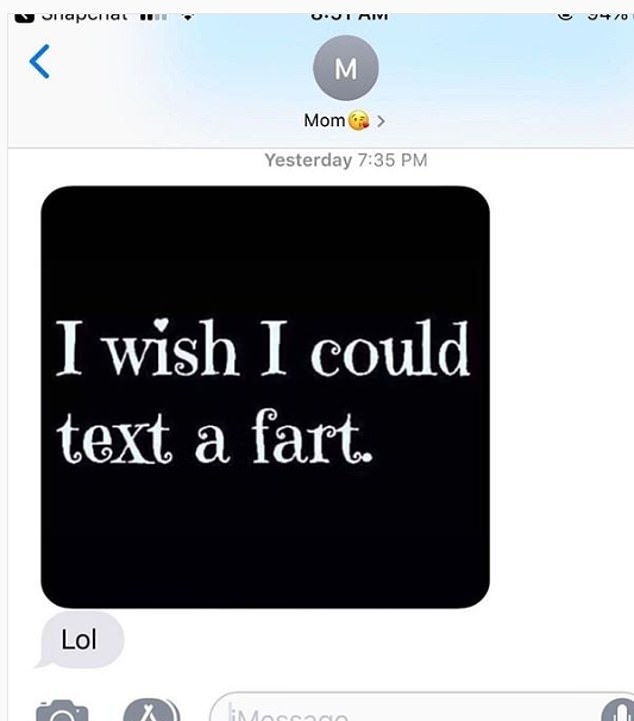 I’m glad that you can’t! Another person shared the slightly inappropriate text from their mother 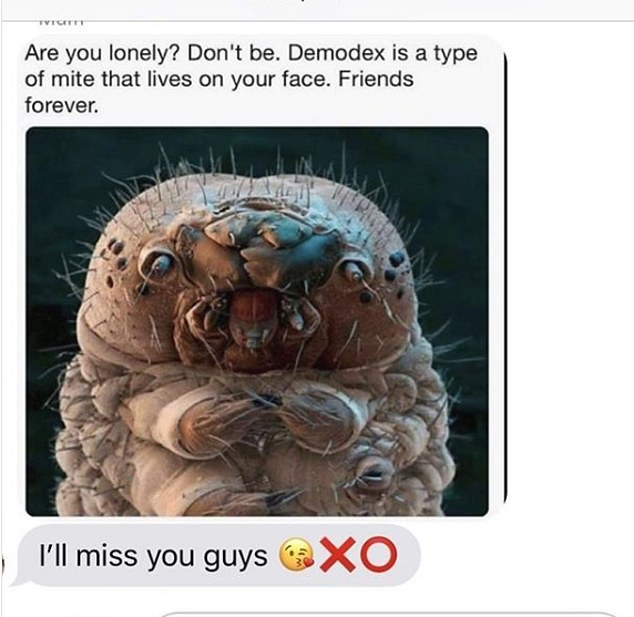 Friends forever! One mother couldn’t help but share a disgusting reminder about the mites that live on your face 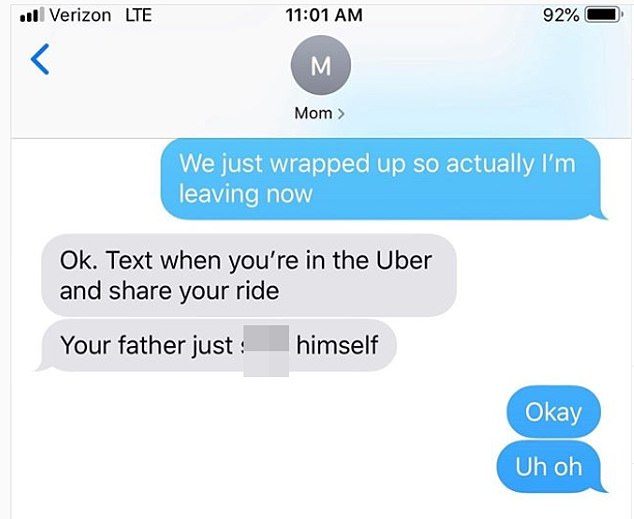 I did not need to know that! One person was shocked to receive a message from their mother about their father’s bowel movements 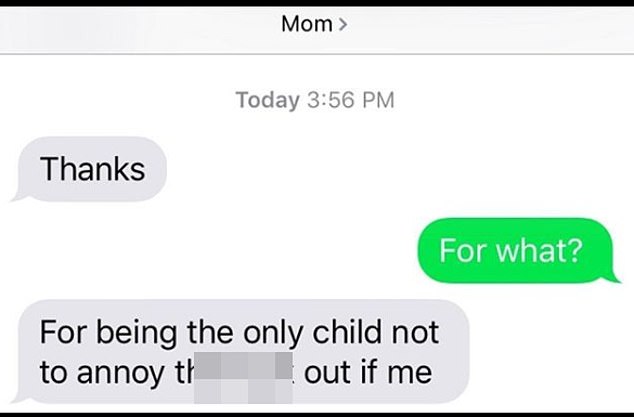 Not pulling any punches! One mother was brutally honest with their child, saying that her other children annoyed ‘the ****’ out of her