‘Chicken is colder than the drink’: Despondent Australian KFC worker list the most common complaints he gets from customers

A KFC worker has made a hilarious TikTik video detailing common complaints he receives.

The Melbourne teenager wore his KFC uniform and a name tag in the video.

He began the humorous video with a deadpan expression and a gesture to the title: ‘Most popular complaints at KFC’.

Pictured: A hilarious KFC worker from Melbourne made a TikTok video detailing the most common complaints he receives when serving customers

The worker then began to swing his arms from side to side in a popular TikTok dance move and incorporated several props from the fast food chain.

He continued to dance while holding a serving of KFC chips and revealed the first complaint.

‘I asked for extra salt mate.’

The KFC employee then danced with a receipt and a 50 cent coin and said customers would ask: ’50 cents for sauces? f*****g rip off.’

He continued to deliver the video with a deadpan expression as he held up a plastic spoon and a box of tissues.

The next complaint said: ‘There’s no cutlery in the bag c**t.’

‘Chicken’s colder than my drink,’ was the final complaint revealed by the fast food worker. 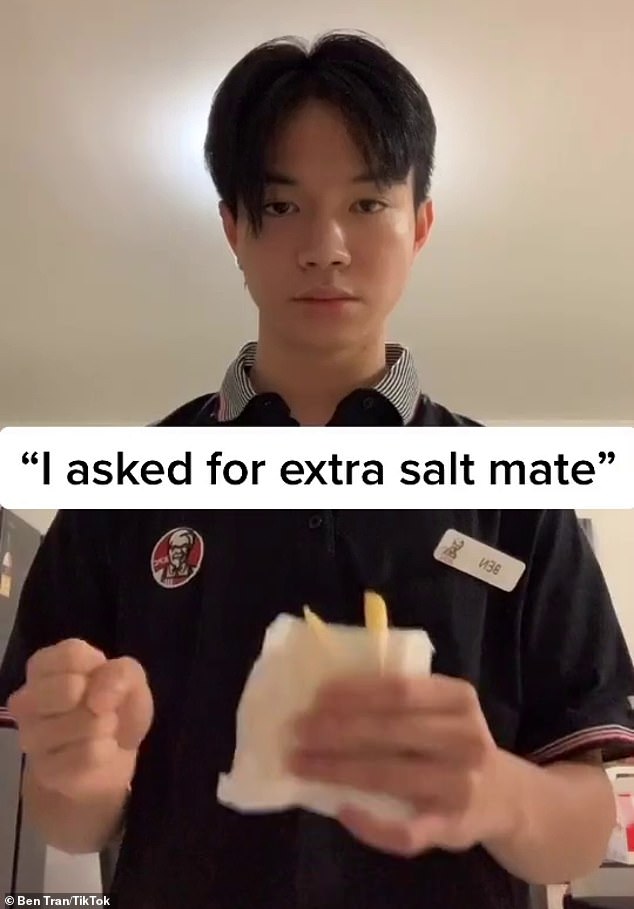 Pictured: The fast food chain employee danced and used props from KFC in his video 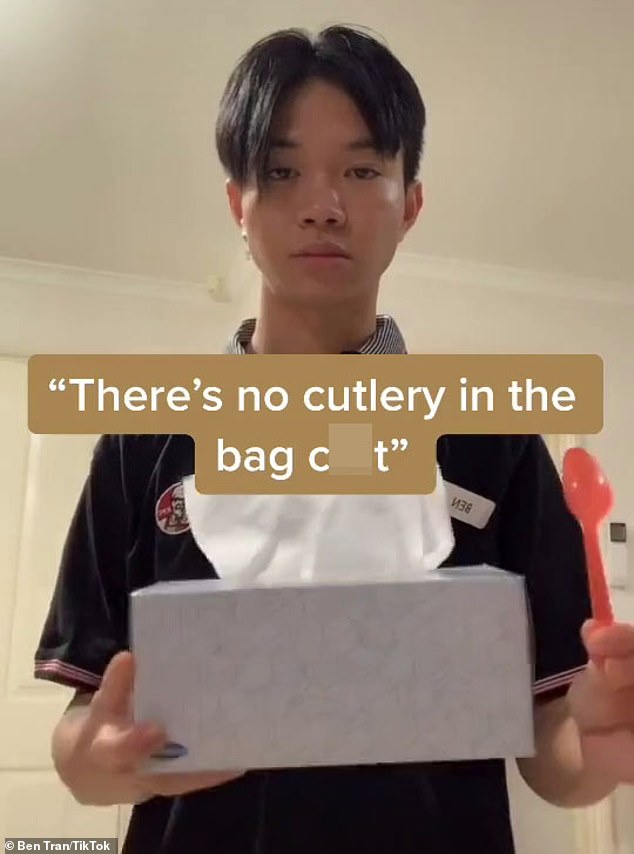 The KFC worker said customers complained about cold chicken, no cutlery or lack of salt

The video showed him hold up a KFC box and bite into a piece of fried chicken while looking straight into the camera.

Viewers were quick to note that mistakes were often made with their KFC orders.

One commenter asked: ‘How hard is it to give hot chicken though?’

One person described KFC as the ‘kings and queens of no salt.’

Other fast food employees sympathised with the worker and shared their own experiences.

One commenter wrote: ‘As a fast food worker I feel this in my soul.’

Another KFC worker said: ‘Someone once asked me if they could swap one sauce for six chicken nuggets.’ 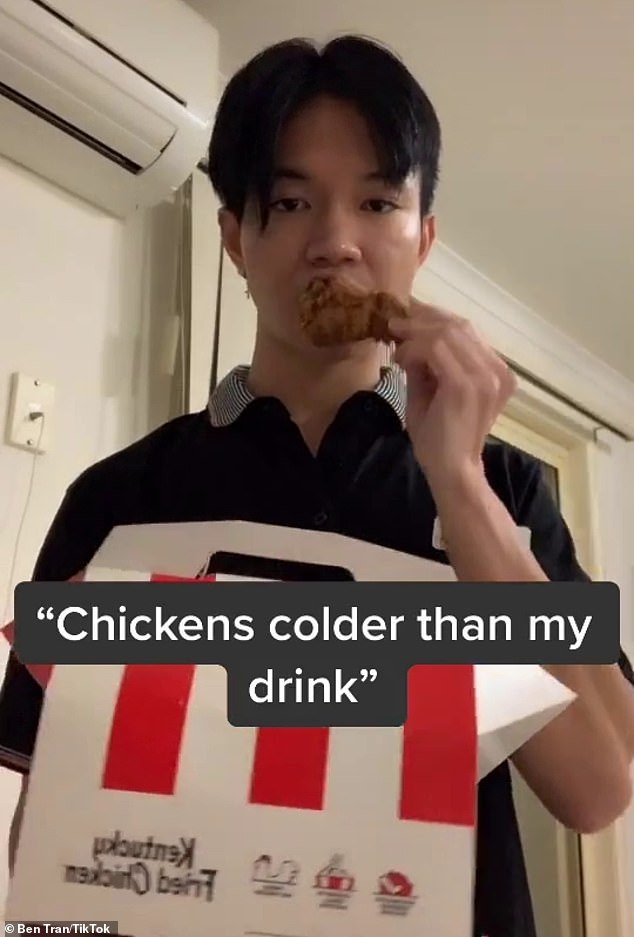