JR Smith is being blamed for costing his team the first game of the NBA Finals – and the internet is ablaze with hilarious memes to mark the occasion.

The Cleveland Cavaliers on Thursday blew a golden opportunity to steal the first game of the NBA Finals at Golden State after Smith mistakenly thought his team was ahead with a few seconds remaining in regulation.

The Golden State Warriors pulled out a 124-114 overtime victory over Cleveland in Game 1 of the NBA Finals after a bizarre ending to regulation.

The game went to OT after Cleveland’s Smith failed to take the go-ahead shot after a missed free throw, apparently believing the Cavaliers led by one when it was tied. 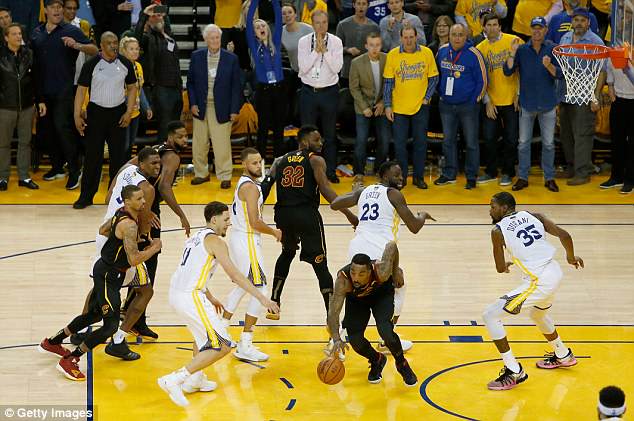 But Smith apparently thought his team was ahead, which is why he started to dribble away from the basket instead of shoot for a chance to win the game at the buzzer 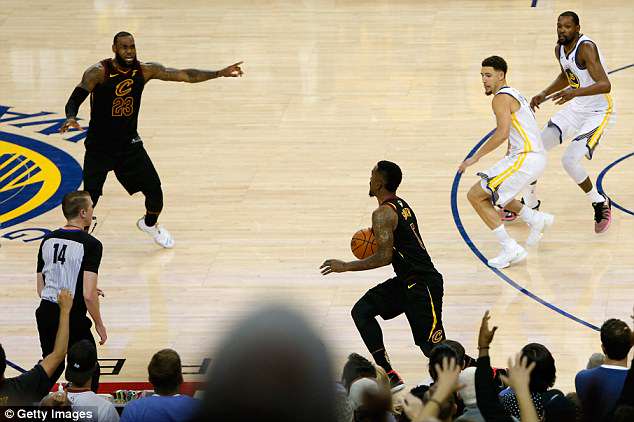 Smith’s teammate, LeBron James (left), tries to tell Smith that he needed to shoot but time expired, sending the game to overtime

The Warriors took advantage of their second chance, opening OT with a 9-0 run to blow it open.

LeBron James’ highest-scoring postseason game was wasted, as he finished with 51 points.

Social media needed little time to poke fun at Smith. It also needed little creativity, as James confronted Smith immediately after his error and gave a facial expression that told the whole story.

Smith’s Cavaliers teammates were stunned at how unaware he was of the score when he grabbed the rebound off George Hill’s missed free throw. 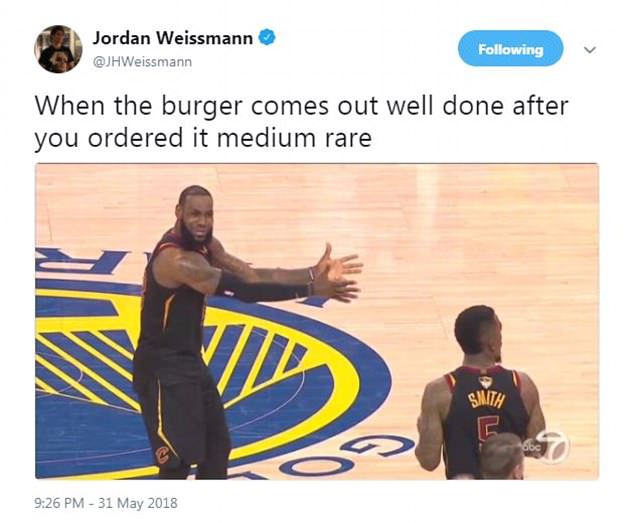 After Smith became a national punchline for his boneheaded gaffe, the internet was ablaze with hilarious memes to mark the occasion 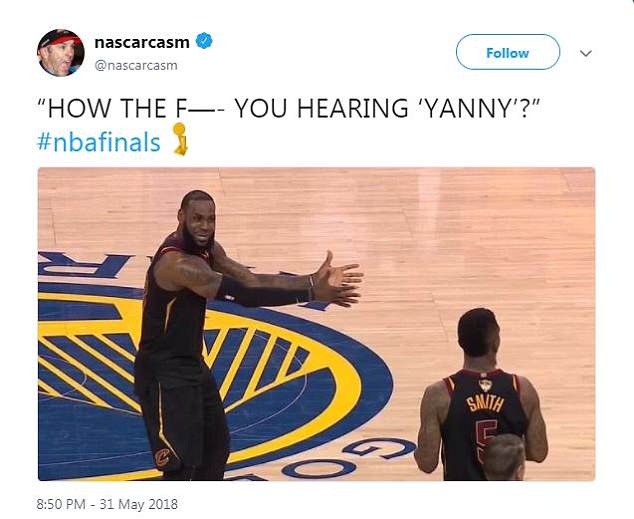 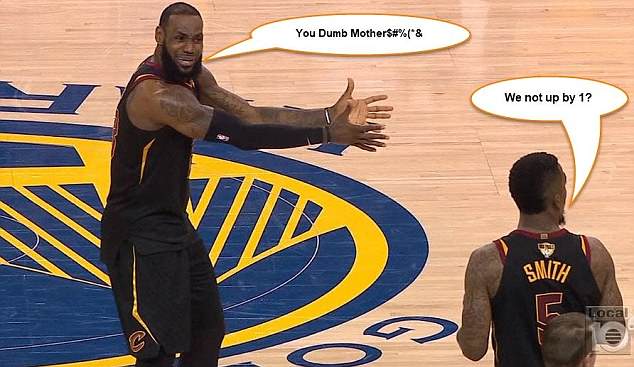 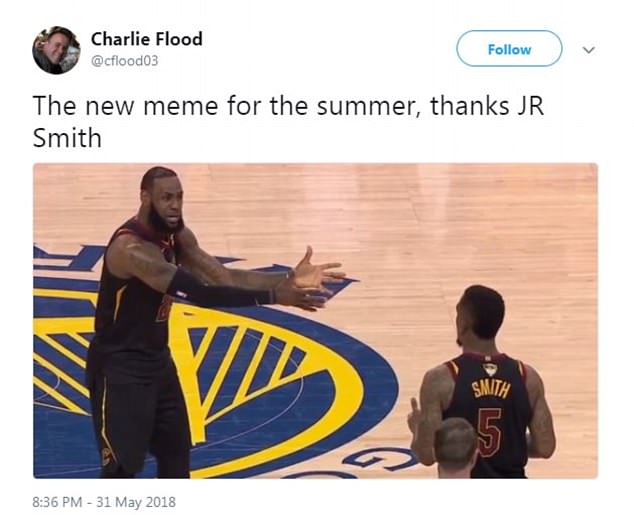 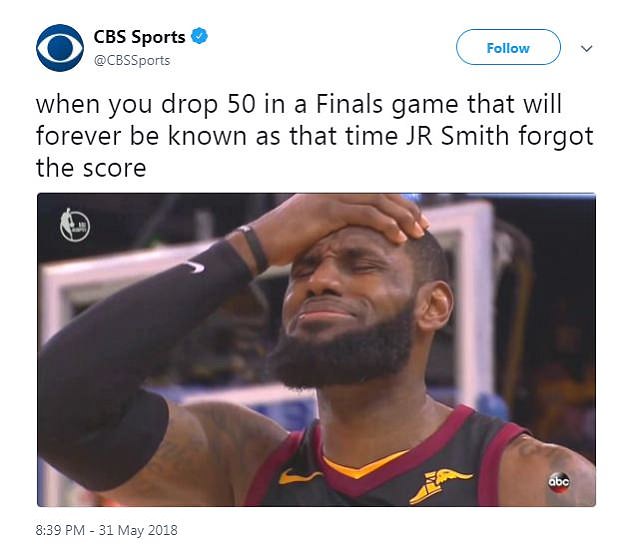 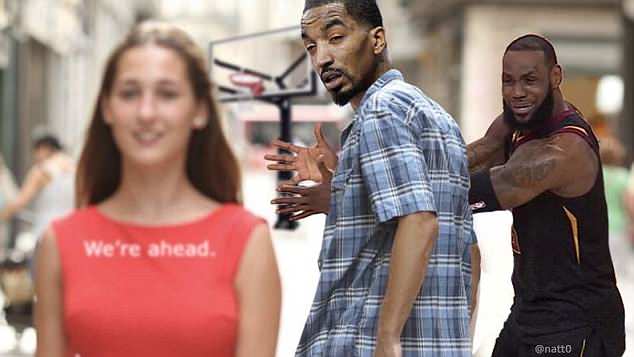 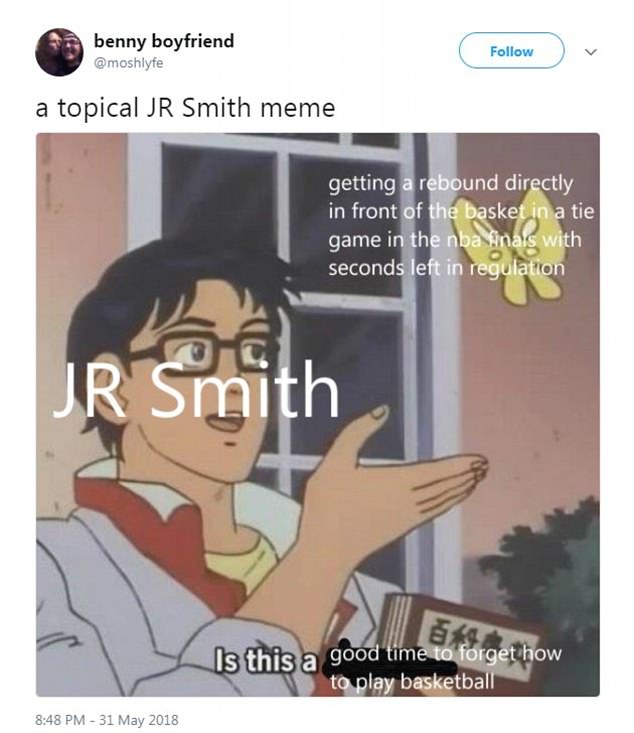 Green taunted Cleveland’s Tristan Thompson to spark a shoving incident in the final seconds of overtime that figures to carry over in the emotional fourth consecutive finals between the Cavaliers and Warriors.

Four-time NBA Most Valuable Player James scored seven points in a 10-2 run that gave Cleveland a 104-102 lead with 50.8 seconds remaining – a layup, dunk and 3-point play by James plus a Love 3-pointer.

Durant was whistled for a charging call but it was overturned on video review into a blocking foul on James and Durant equalized with two free throws at 104-104.

James answered inside but Curry drove for a layup, got fouled by Love and sank the free throw for a 107-106 Golden State lead with 23.5 seconds in regulation time.

George Hill was fouled and made 1-of-2 free throws with 4.7 seconds remaining but missed the second and the game went to overtime.

In the final seconds, Green waved bye to Tristan Thompson after a foul and had the ball shoved in his face as players gathered to keep the two apart as Thompson was ejected and tempers were tested. 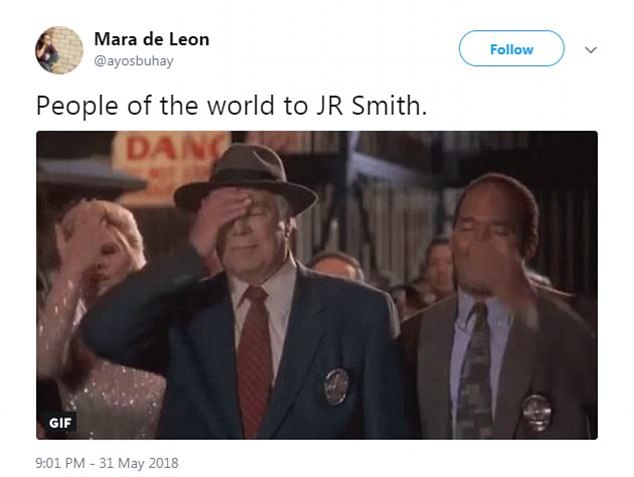 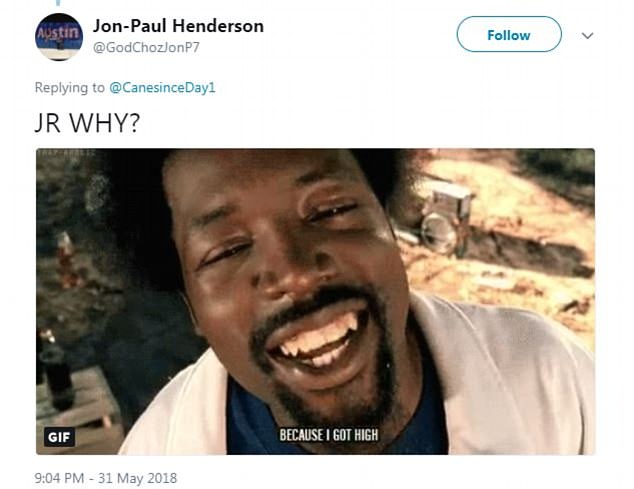 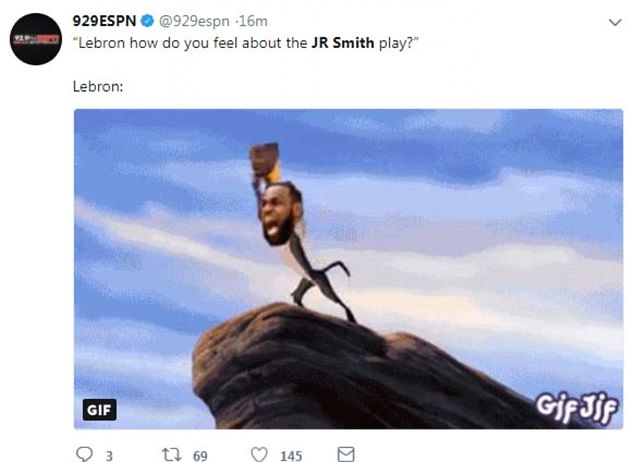 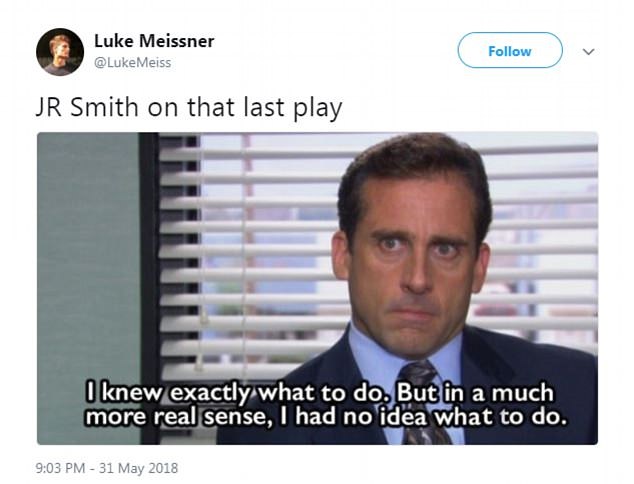 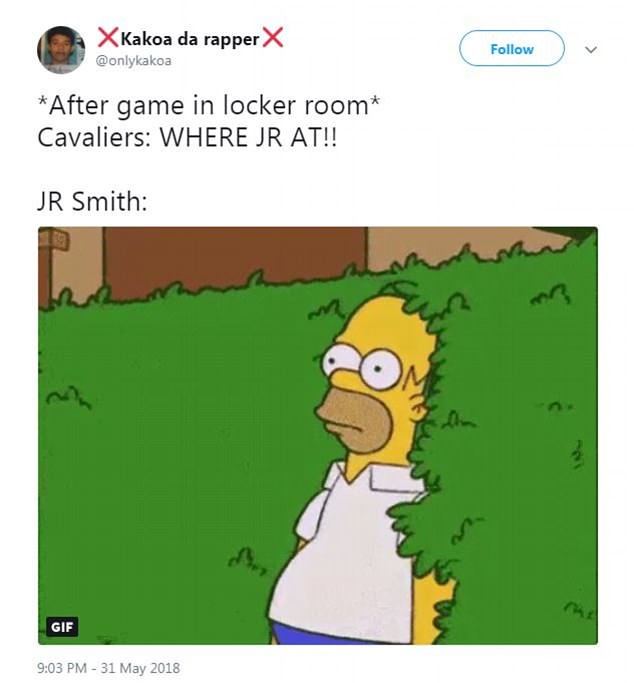 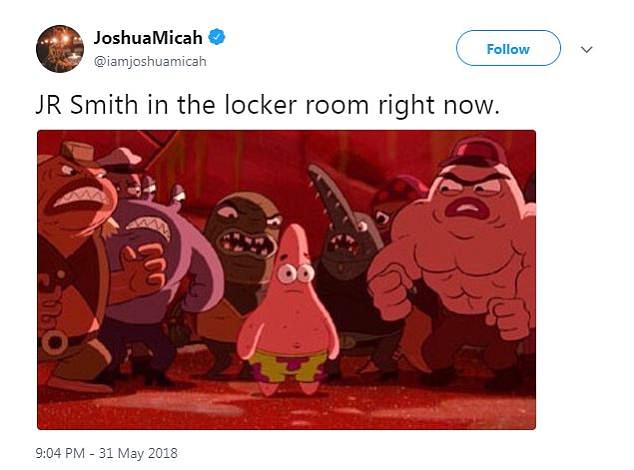 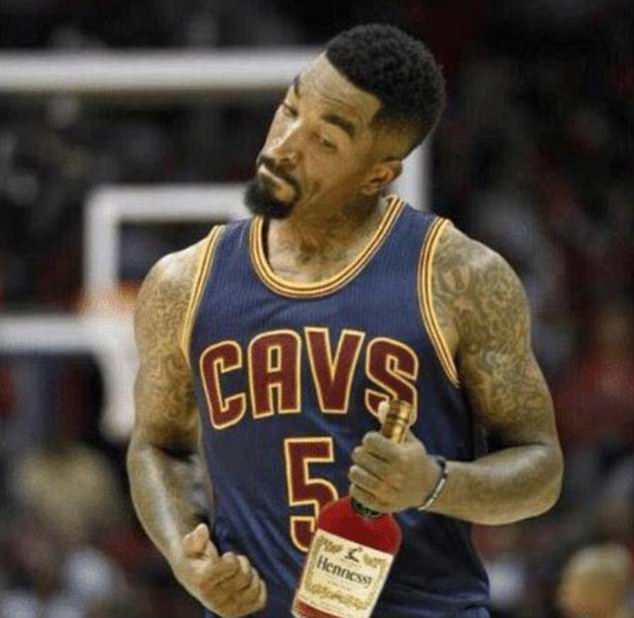 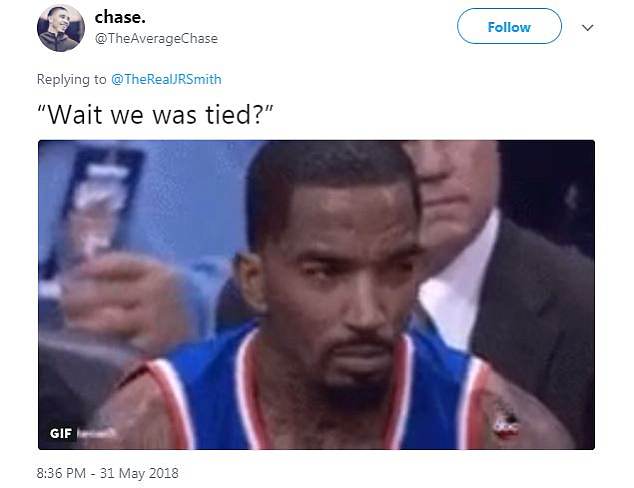 The Warriors seek their third title in four seasons and sixth overall.

James is playing in his eighth consecutive finals and ninth overall seeking his fourth career title and the second for the Cavs.

Physical intensity was on display from the start, with Smith slipping and falling into Klay Thompson, forcing the Warriors guard to the locker room for a spell in the first quarter with a bruised left leg.

James drove to the hoop in the second quarter only to have Green deliver a left hand to the face that sent James to the floor clutching his face.

Green was whistled for a technical foul. 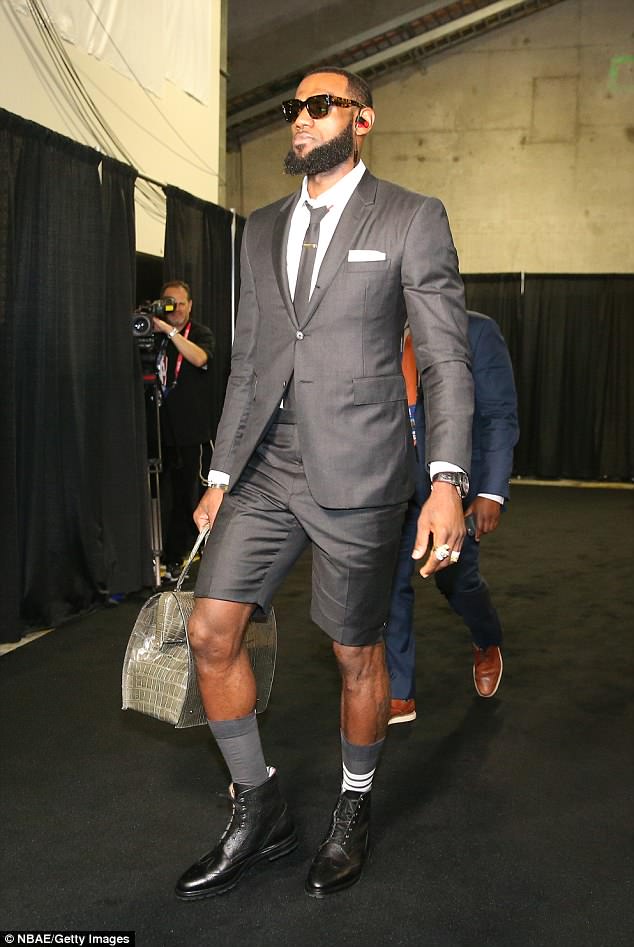 Before the game, James caused a stir on social media when he walked into the Oracle Arena wearing a dress shirt, blazer, and tie. But instead of wearing slacks, James was wearing shorts as well as dress shoes and dress socks

But James scored seven consecutive points, capping the run with a 3-pointer, to pull the Cavs level at 68-68 with 5:27 remaining in the third, James hitting 11 of his first 13 shots.

Golden State answered moments later with a 14-4 run, Curry and Thompson sinking 3-pointers and Durant’s six points including a slam dunk to cap the spurt as the Warriors led 84-78 entering the fourth quarter.

Curry sank a 38-foot running 3-pointer at the half-time buzzer to lift the Warriors level at 56-56 after Cleveland had led by as much as 49-40 in the second quarter.

James had 24 points in the first half while Curry led the Warriors with 18.

After the game, James took questions from the media during a news conference.

When The King was repeatedly asked to comment on Smith’s blunder, he abruptly stood up and left the press conference.

Before the game, James caused a stir on social media when he walked into the Oracle Arena wearing a dress shirt, blazer, and tie.

But instead of wearing slacks, James was wearing shorts as well as dress shoes and dress socks.