A Canada man had the shock of his life after trying to fix his pool skimmer and finding a rabbit hiding inside it.

On September 9,  Mike Rubin of Ottawa wasn’t expecting any surprises to jump out at him while inspecting his pool.

According to the caption provided by ViralHog, Rubin was just trying to unclog his skimmer.

He said: ‘The pool skimmer once again appeared to be blocked. I opened the cover to investigate.’

Mike Rubin (pictured) of Ottawa, Canada, was attempting to unblock his pool skimmer on September 9 when got an unexpected shock

In the video, Rubin is leaning next to his pool with one hand probing the skimmer.

After taking a peak inside the skimmer, Rubin moves to pull back the wooden top.

That’s when he gets a very furry and unexpected startle in the form of a white rabbit hiding inside.

‘I did not expect the blockage to just hop out,’ he said. 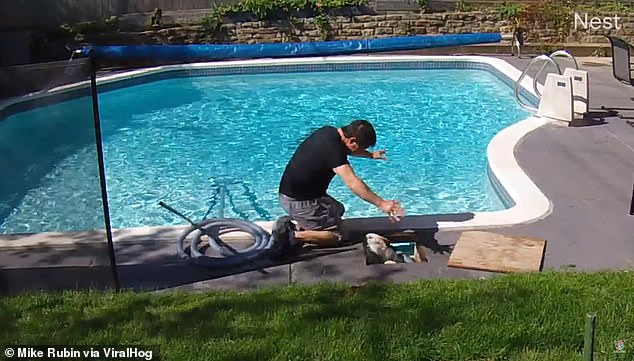 Rubin (pictured) was surprised when a white rabbit was sitting in his pool skimmer, so much so that he fell back in shock 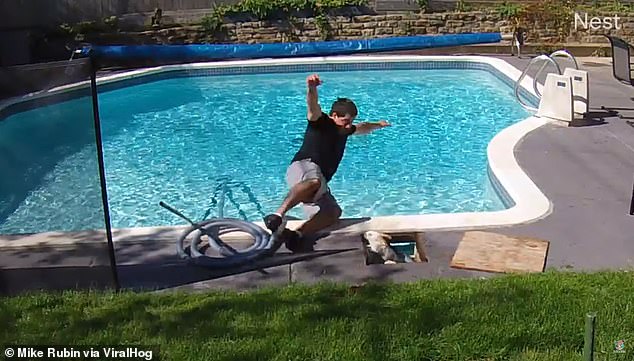 Rubin (pictured): ‘I did not expect the blockage to just hop out. Terror ensued. A loud scream. I ended up in the pool.’

Letting out a scream, Rubin catapults back into the pool with a large splash.

He said: ‘I did not expect the blockage to just hop out.’

‘Terror ensued. A loud scream. I ended up in the pool.’

The rabbit take the opportunity to hop away to safety off camera. 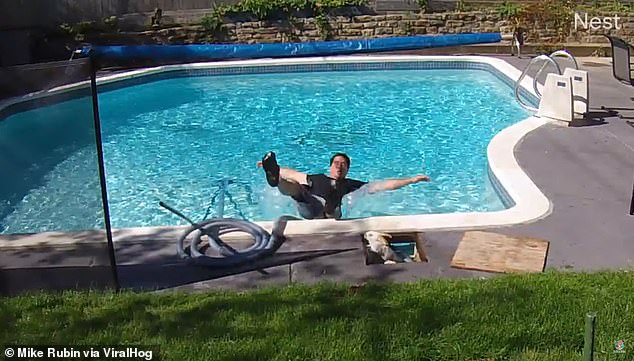 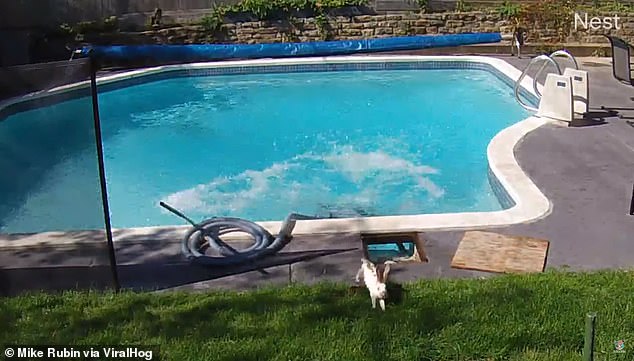 The video was posted on ViralHog on September 16 and has gained more than 1,300 views on YouTube