A woman was showing off her gymnastic kills on a trampoline when she lost her wig during a front flip.

The hilarious moment was captured on camera when a woman made a running flip into a foam pit.

But the trick went wrong when she lost her wig mid-flip to the surprise of her and her friend who was filming. 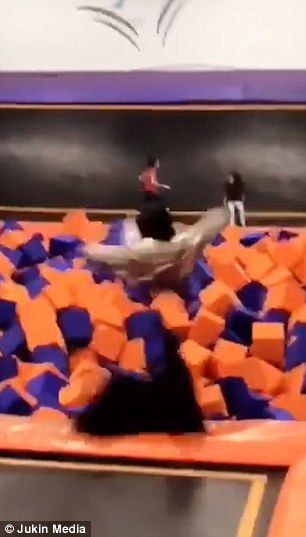 A woman lost her wig when she did a front flip into an orange-and-purple foam pit. She did the flip from a trampoline into the pit

The woman instantly brought her hands up to her head after she landed in the foam pit.

But her wig was no longer where it was supposed to be.

Instead, the long locks were left behind on the trampoline just above the orange-and-purple foam pit as other people looked on.

The video ends with the woman in shock in the pit as she notices that her wig is no longer on her head.

It is unclear where or when this video was taken. 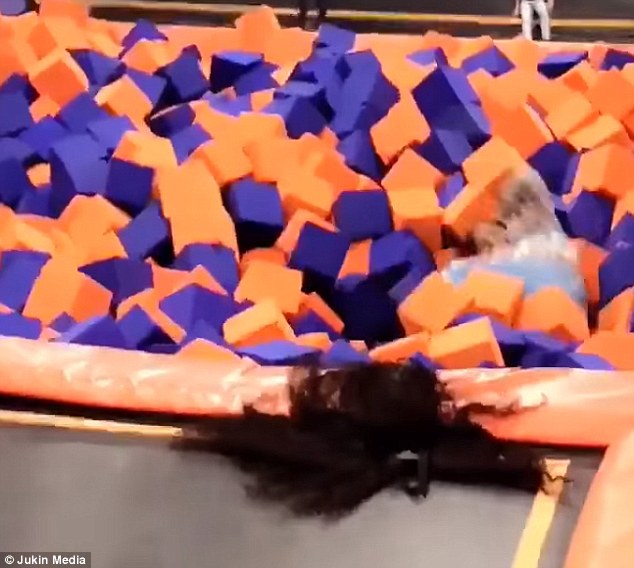 The woman seemed shocked that her wig was no longer on her head. It is unclear where or when this video was taken