A hilarious video shows the moment a baby named Ethan gets a little too aggressive asking his mom for food.

Ethan’s mom is holding him when his dad, a popular YouTuber named Viva Frei, asks his son if he’s hungry.

Ethan coos in baby talk and then nuzzles his mom’s chest, causing his mom to joke that he’s like an ‘ostrich.’ 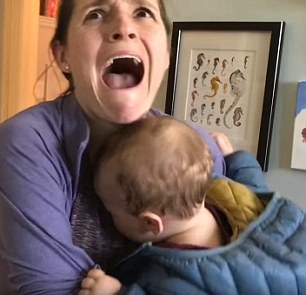 Baby Ethan nuzzles his mom’s chest when he’s hungry. In a video he took it too far and bit her on her breast

Frei then says: ‘Ethan are you hungry? Show us you’re hungry.’

Ethan again shoves his face in his mom’s chest, but then bites down on her breast.

His mom yelps in pain and says: ‘That was a bite!’ 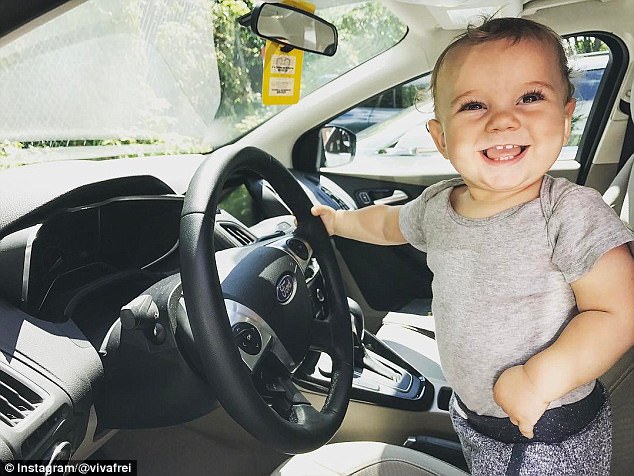 Baby Ethan poses for the camera, showing he doesn’t always have a naughty side!

She then jokingly says: ‘Bad boy!’

Frei has said: ‘Our kid has a very interesting way of letting mom know when he wants boob… by literally attempting to devour her.’

‘At first I thought it was an inadvertent reflex,’ he continued. ‘But nope. It was definitely deliberate. And fascinating to watch. And confirmation that our baby is definitely not a vegetarian. 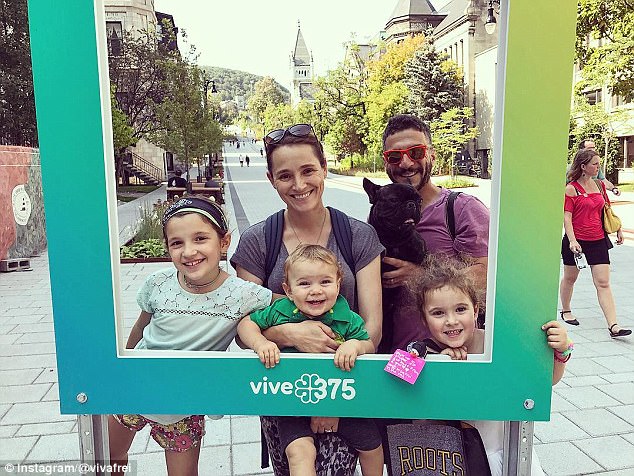