‘He gives me life’: The cheeky moment a Today weather cross is bombed by a dancing man in the background who steals the show

A passer-by managed to steal the spotlight during a bizarre appearance in the background of a morning weather report on Nine’s Today show.

Weather presenter Tim Davies was broadcasting live from Airlie Beach in Queensland’s Whitsundays on Wednesday morning when a local got into shot and started dancing in the background.

The presenter was oblivious to the hilarious performance as it went on for several minutes, but hosts Karl Stefanovic and Allison Langford struggled to contain themselves back in the studio.

‘There’s a guy there from Bill and Ted’s Excellent Adventure!’ Stefanovic said referencing the 1989 comedy film.

‘He is still tripping that guy!’

He continued to appear in and out of Mr Davies’ weather report, pointing at the camera and gesturing for viewers to come and join him.

At one point the man even performed a handstand while Mr Davies and his guest continued reporting live without any idea of what was going on behind them. 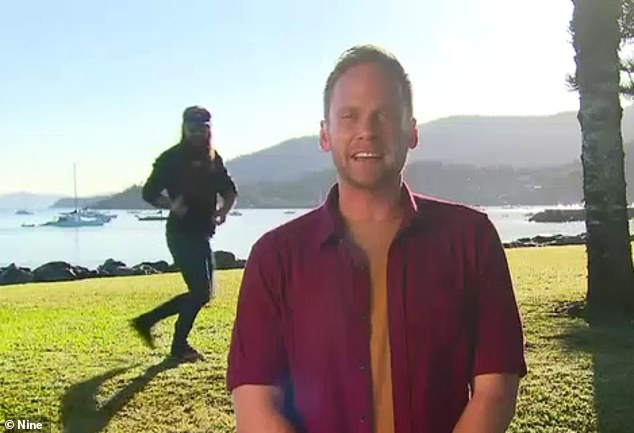 ‘This guy that kept popping in behind the journalist on the Today Show gives me absolute life,’ she wrote. 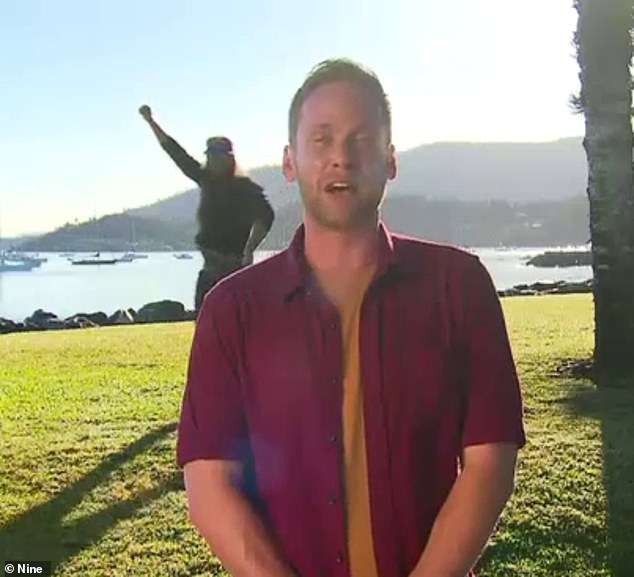