Moment Socceroos fan a few brekkie beers in tells Today show the Socceroos can save their World Cup campaign by bringing Sam Kerr into the team: ‘You can never go wrong’

There was plenty of criticism of Socceroos coach Graham Arnold’s selections after Australia’s 4-1 drubbing by France in their opening World Cup game on Wednesday – but one fan has a left field solution for the team’s woes: pick Sam Kerr.

The supporter, known only as Travis, made the hilarious call as he was interviewed in a pub by the Today show after the match, a half-drunk glass of beer on the table in front of him at 5am.

He’d just seen Australia get thumped after shocking the World Cup holders by scoring through Craig Goodwin to go up 1-0. 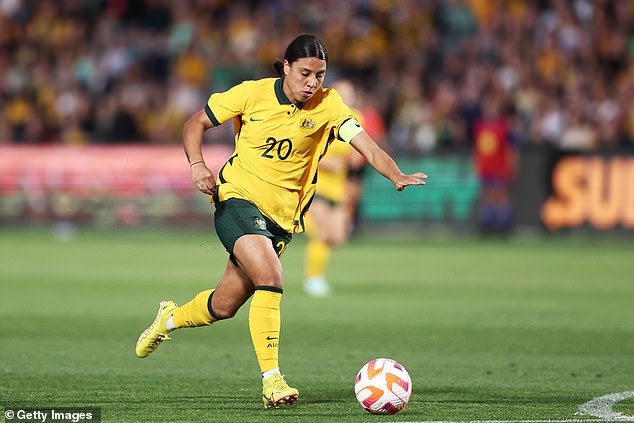 His solution? Bringing Matildas captain Sam Kerr into the team to give Graham Arnold’s side a bit of attacking punch

Asked to sum up the match, he said: ‘They scored early but after that it was just downhill. And I think we could see that coming.’

Today reporter Ezra Holt followed up with a question about how Australia can improve in Qatar, giving Travis the opportunity to tell the nation about his cunning selection ploy.

‘I think we could just bring, like… bring back Tim Cahill and Sam Kerr,’ he began, referring to the Matildas superstar and retired Socceroos legend who last wore the green and gold in 2018.

‘I think we’ll be fine. You can never go wrong with Sam Kerr.’ 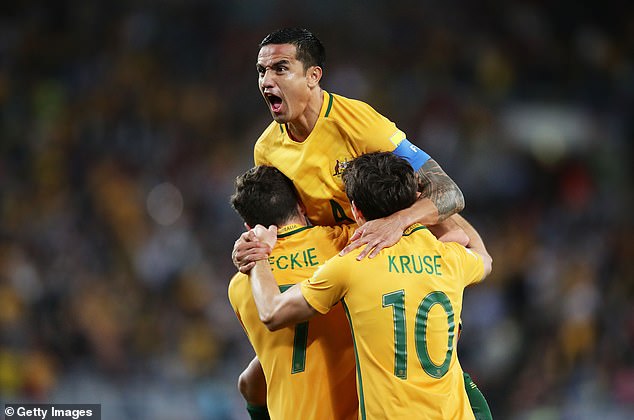 Travis was also keen to see Tim Cahill – possibly the greatest ever Socceroo – make a return to the national side after retiring in 2018. And in fairness, he looks fit enough to do it

Clearly amused Today host Karl Stefanovic replied with: ‘Ezra, can you please ask that bloke what he thinks about the RBA’s announcement on interest rates last night?’

Holt did exactly that, prompting a surprised Travis to say, ‘Really? How? What did they go?’ which left Stefanovic in stitches.

In fairness to Travis, Cahill does look fit enough to run out for his country again, and Kerr is without doubt one of the best players the women’s game has to offer.

She made history in July by becoming the first woman to feature on the cover of the wildly popular FIFA football video game, and was nominated for the Ballon d’Or – the sport’s highest individual honour – for the fourth consecutive year. 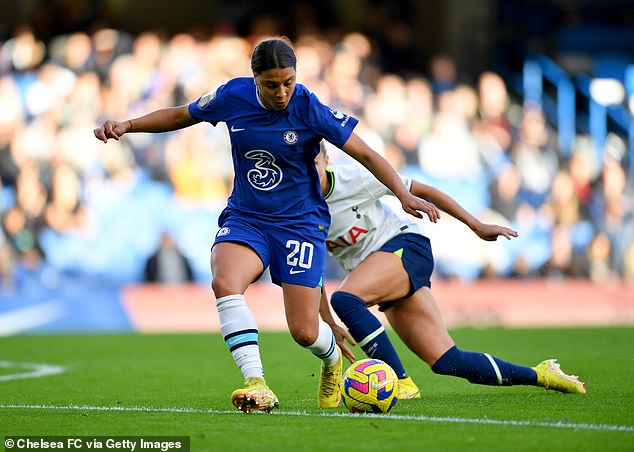 Travis was far from alone in calling for changes to the side, with former Socceroos goalie Zjelko Kalac blasting coach Graham Arnold for bringing Jason Cummings on as a substitute against France with the score at 2-1.

Kalac was highly critical of Arnold’s refusal to bring on noted attacking threat Jamie Maclaren instead.

‘Seriously, some of the decisions … it makes sense if you’re looking for a goal. Okay, you haven’t started with Jamie Maclaren, fair enough.

‘But if you’re making a sub, you’re losing 2-1, you want a goal and you don’t bring in an absolute goalscorer? I just don’t get it,’ Kalac said.