A bold streaker has interrupted the a one-day cricket match in Perth on Sunday evening, running across the cricket pitch in nothing but his birthday suit.

‘We’ve got too many fielders on the field right now, and one in what we’d say is bone-coloured clothing,’ joked commentator Michael Slater.

The One Day International Series between Australia and England stopped as the man jogged slowly around the field just after 8pm, with batsman Marcus Stoinis laughing to himself as play came to a halt. 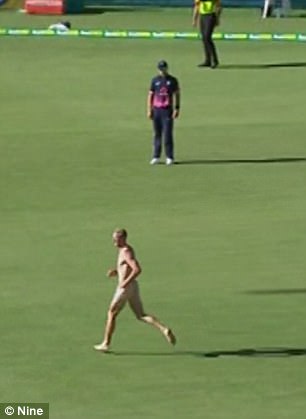 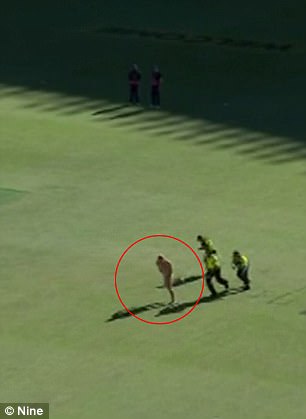 The man waved his arms above his head to cheers and cat-calls from the stands as three security guards closed in on him from the sides.

‘From the blindside!’ called the commentator as one of the officials collided with the nude man, but failed to take him down after he wriggled out of his grasp and took off again.

Putting on an incredibly display of speed, the man then outran the three guards and sprinted back towards the pitch. 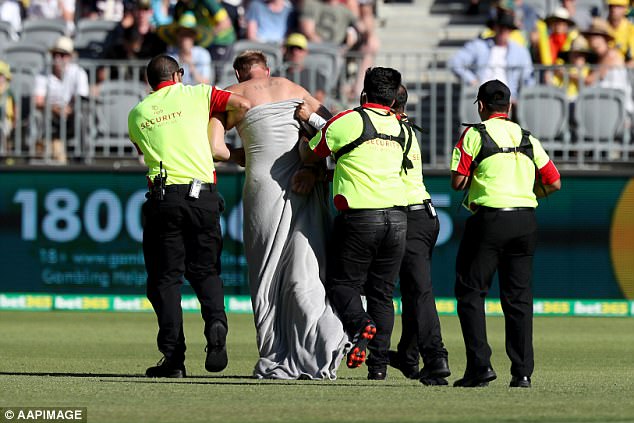 The streaker is finally caught, wrapped in a towel and escorted off the field by security guards

‘He’s broken away, the big fella,’ said the commentary team as the officials give chase. One of them manages to lay a hand on the man but can’t catch up with him either.

Finally, he gives himself up and is tackled to the ground by two of the men amidst applause and cheers from the grandstand.

‘These shenanigans…A bit of an initiation here at the new oval,’ the commentator concludes, as the camera zooms up on five men in high-vis shirts handcuffing the streaker. 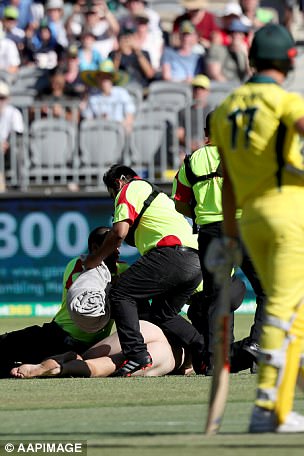 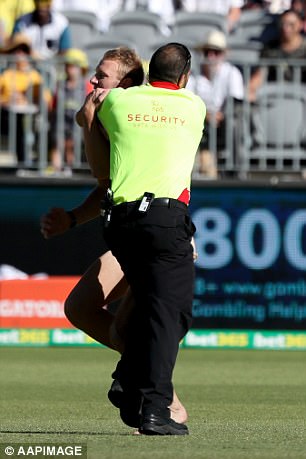 The streaker was handcuffed, wrapped in a towel and escorted from the oval on Sunday night 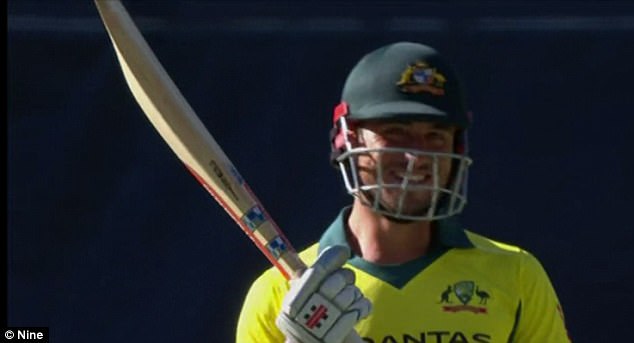 One can be seen covering the man’s modesty with a towel as he is pulled to his feet.

‘I don’t think they were expecting that…We just don’t see it too often these days,’ remarked the amused commentator.

‘Definitely added to the excitement of the afternoon. But he’s out, he’s in trouble, and we’ll get on with the game.’

Social media erupted as the streaker flashed across the screen, with hundreds taking to Twitter to bemoan how long it’s been since any kind of ground invader has been shown onscreen.

One woman praised the man for ‘having a body worth showing off’ and ‘making the cricket interesting’ while another congratulated the broadcast and commentator for covering the streaker’s run.

Another tweet asked, ‘Is there anything more Aussie than a streaker at the cricket?’ before adding that it ‘sucks’ how rare streakers are these days. 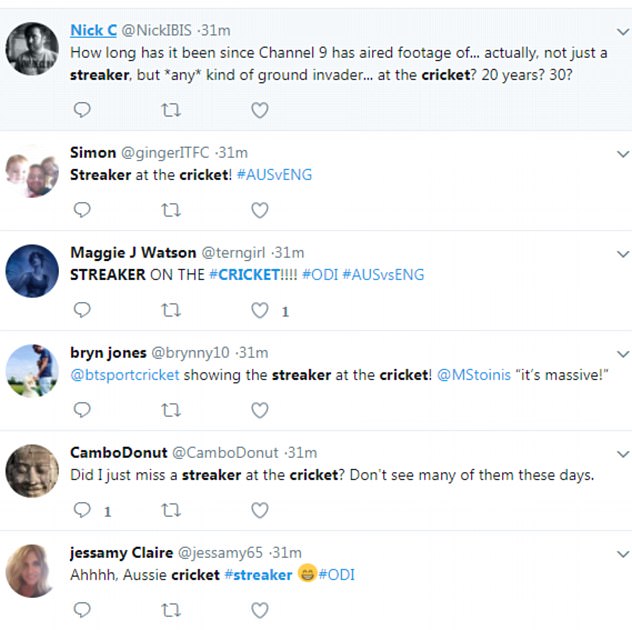 ATwitter user asked, ‘Is there anything more Aussie than a streaker at the cricket?’ on Sunday