What were they thinking? From see-through toilet cubicles to a slide on the ROOF, these design decisions will leave you scratching your head

From transparent toilet cubicles to a downright dangerous slide placed at the edge of a building, these photographs capture some of the biggest design fails out there.

The collection of amusing images were taken by people around the world, and collated by BoredPanda in an online gallery.

One amusing gaffe shows a seating area above some doors, which is unreachable without a ladder, and another captures a bus, believed to be in America, using a house door as its only entrance.

Here, FEMAIL rounds up some of the best examples…

One photograph which is sure to leave people scratching their heads is this unusable slide placed at the edge of a building. It is unclear where the image was taken 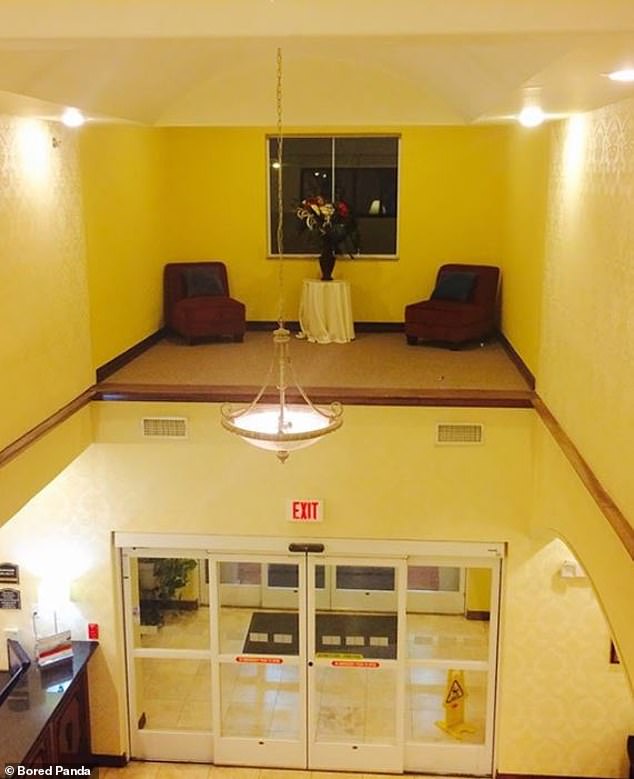 One amusing gaffe shows a space above some doors, location unknown, which is unreachable without a ladder 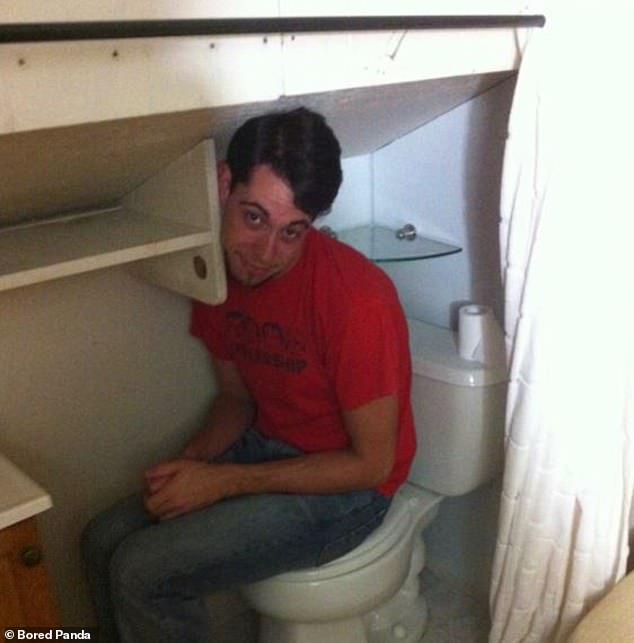 One man could barely squeeze into this poorly designed space, leaving him unable to use the toilet facilities. It is unclear where the image was taken 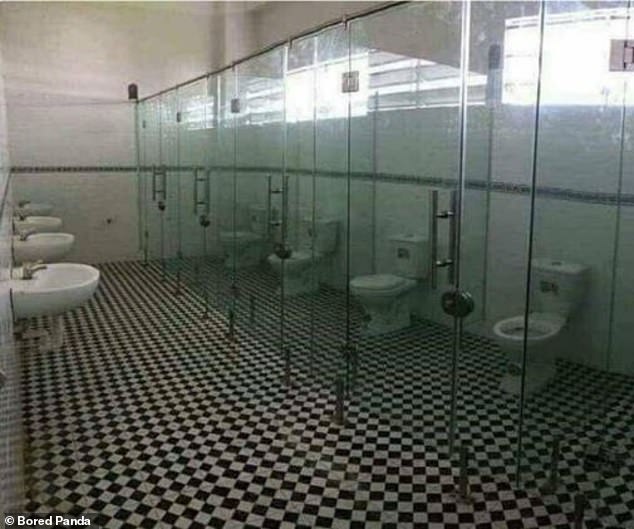 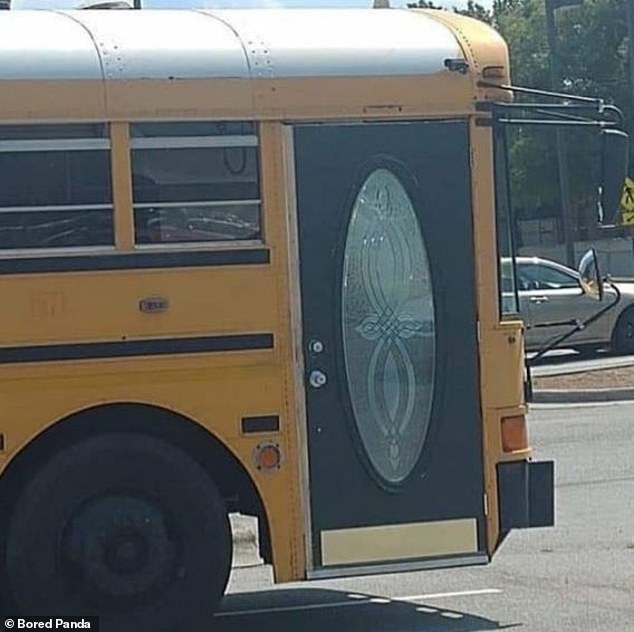 Another amusing image captures a bus, believed to be in America, using a house door as its only entrance 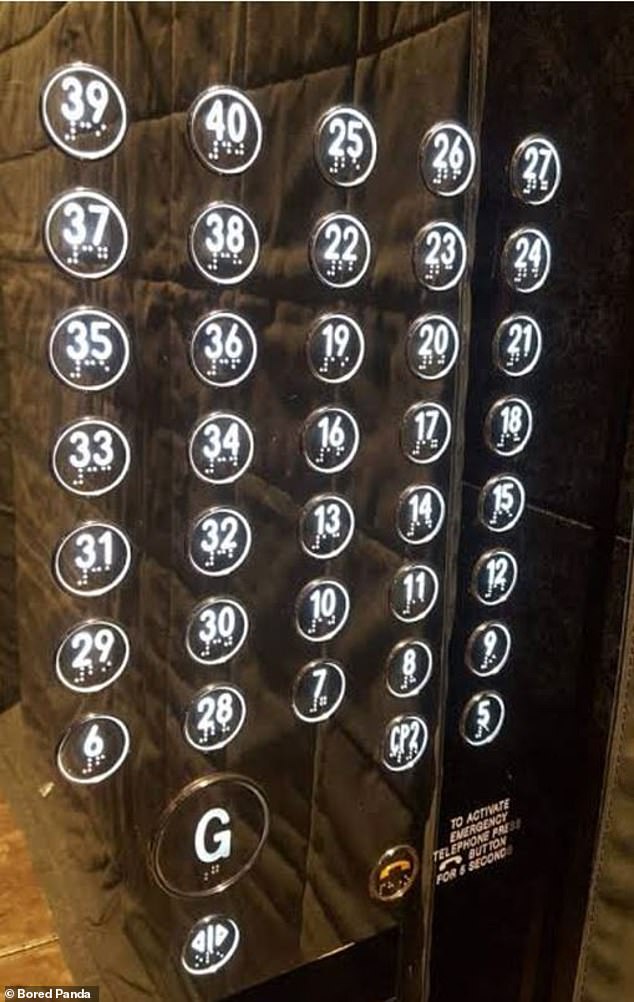 Users of this lift, believed to be in China, are easily confused by the random buttons as they are placed in no particular order. The number four is also missing, this may suggest the elevator is in Asia as in some Asian countries the number is seen as unlucky 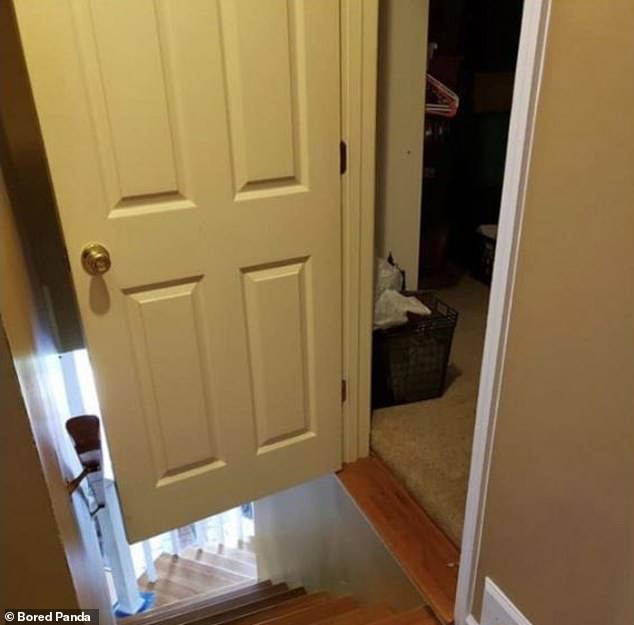 Roommates in this flat need to be extra careful when using the stairs just in case the door flies out at them. It remains unclear where or when this image was taken 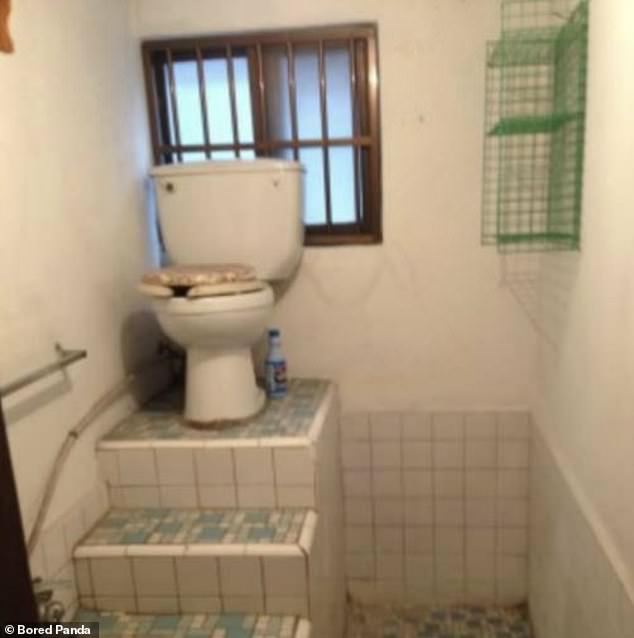 This toilet in an unknown location, while not the worst design discovered, certainly leaves people scratching their heads as they wonder why it was built on steps 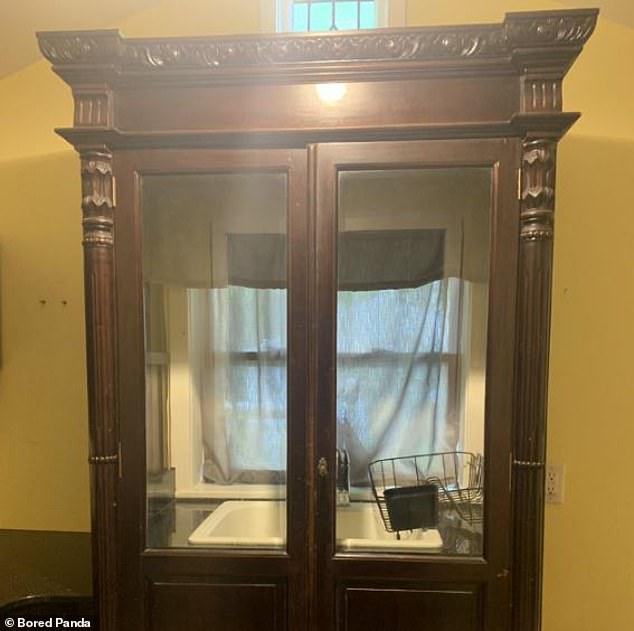 While seemingly artistic, this stunning cupboard appears to be more of a hindrance than anything else as it blocks the sink