‘This bird knows too much’: Hilarious photo shows a crested pigeon perched on top of a fridge at Woolies – right above the egg section

An amused shopper has snapped a picture of a pigeon sitting directly above the egg section at their local supermarket.

The bird entered the Woolworths store and perched himself upon a display case in the fridge aisle.

The photo of the crested pigeon was snapped by a bird lover and was posted to social media.

The bird seems to have connected the dots at the familiar sight of eggs, although significantly larger than their own.

The shopper remarked at the pigeon’s disturbing discovery: ‘I know what you’re doing and it makes me sick!’.

It is unclear whether the perch choice was a complete coincidence or the bird, which will soon be entering its breeding season, recognised the eggs. 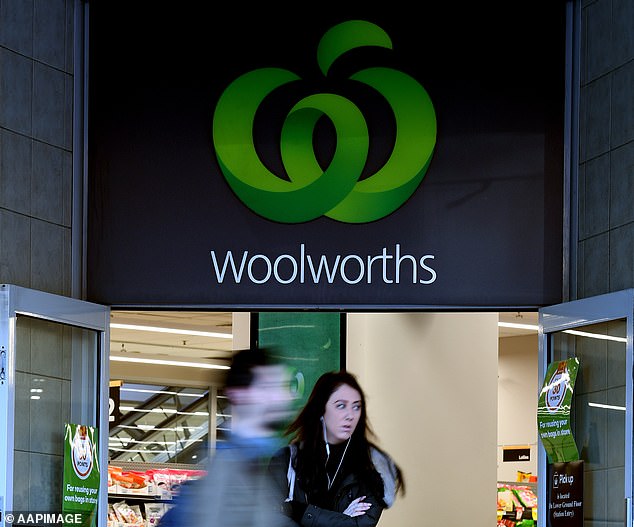 The well known Australian pigeon is traditionally an outback bird that has migrated in huge numbers to  growing cities  in the 1980s.

Although partly consisting of food scraps their natural diet consists of insects and seeds from crops and weeds playing a crucial part in the life cycle of a vegetation and crops.

Ranging in 30-35 centimetres in size the bird grows for 21 days in one of the two eggs that the mother lays. Pigeons can traditionally live for around ten to 15 years.