Hilarious snaps reveal how things went downhill after too many drinks

We’re never drinking again! Hilarious snaps reveal how things went downhill after one too many

It’s possible to lose track of how many drinks you’ve had while enjoying a night out, but these viral photos will make you appreciate the friends that don’t capture any embarrassing moments on camera.

People from around the world have taken to social media to share snaps of hilarious drunken antics, with The Fun Post rounding up a selection of the best examples for an amusing gallery.

Among the snaps is a woman pictured mistaking her phone for a shoe after dropping it on the floor and accidentally picking up her sandal instead.

Another admitted that she’d apologised to a woman she bumped into in the bathroom, only to later realise that it was her own reflection in the mirror. 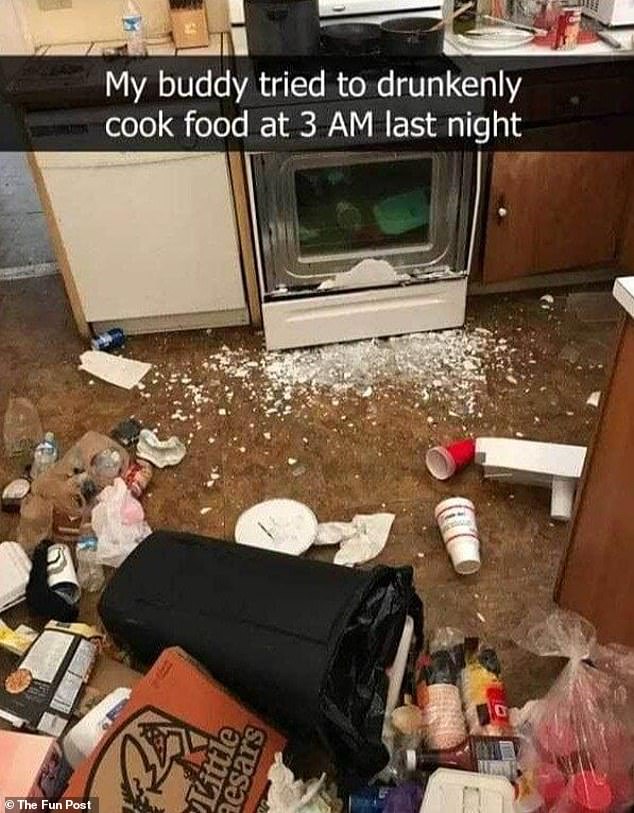 Leave it to the chefs! A man, who lives in America, took to Snapchat to share the chaos his friend caused in their kitchen after trying to cook a meal at 3am 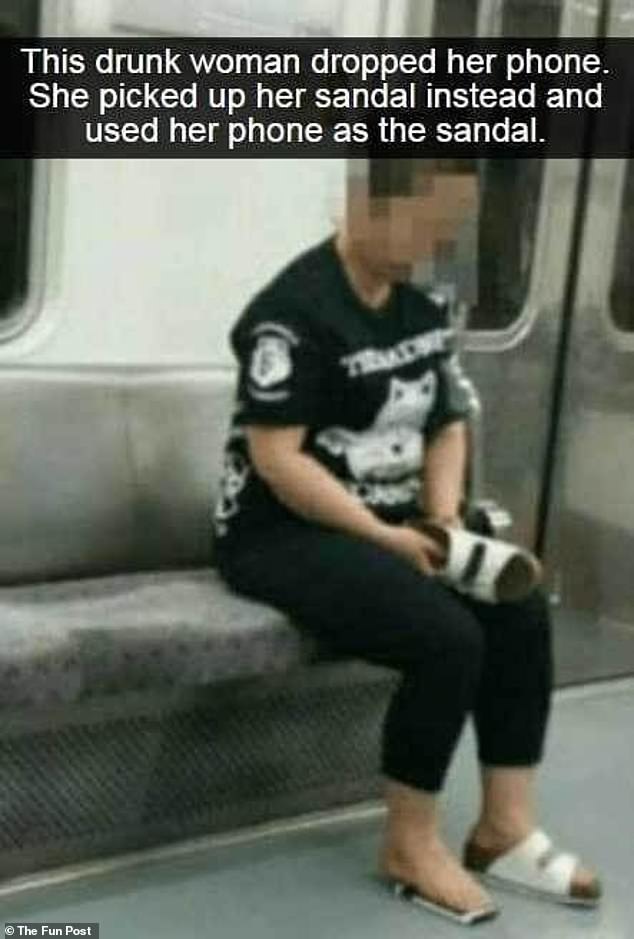 Show must be joking! One photo shows a drunk woman, from the US, putting her foot on top of her cellphone after dropping it and accidentally picking up her sandal 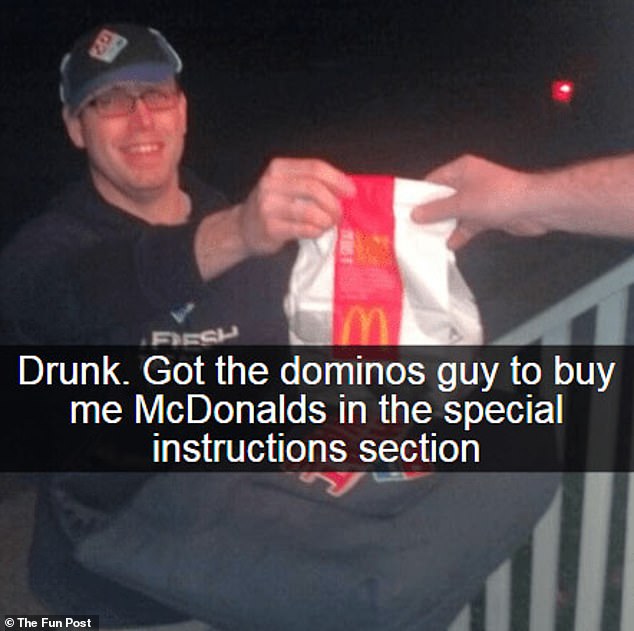 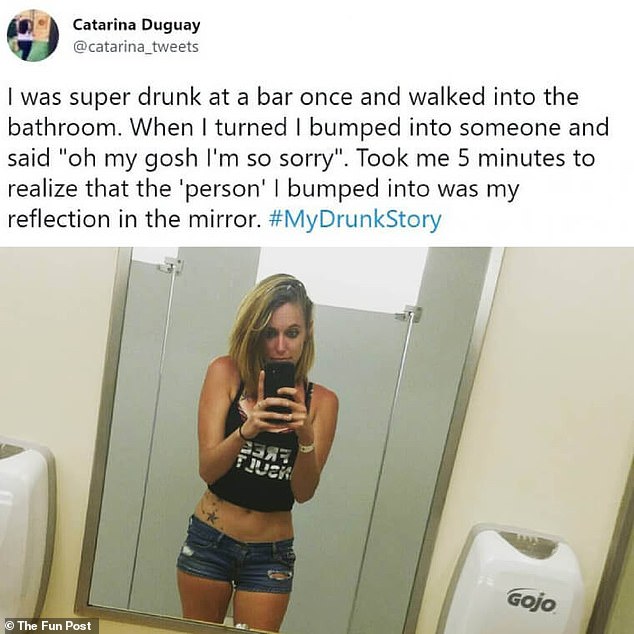 Apology accepted! A woman, who lives in America, took to Twitter admitting that it once took her five minutes to realised that she had said ‘sorry’ to her own reflection 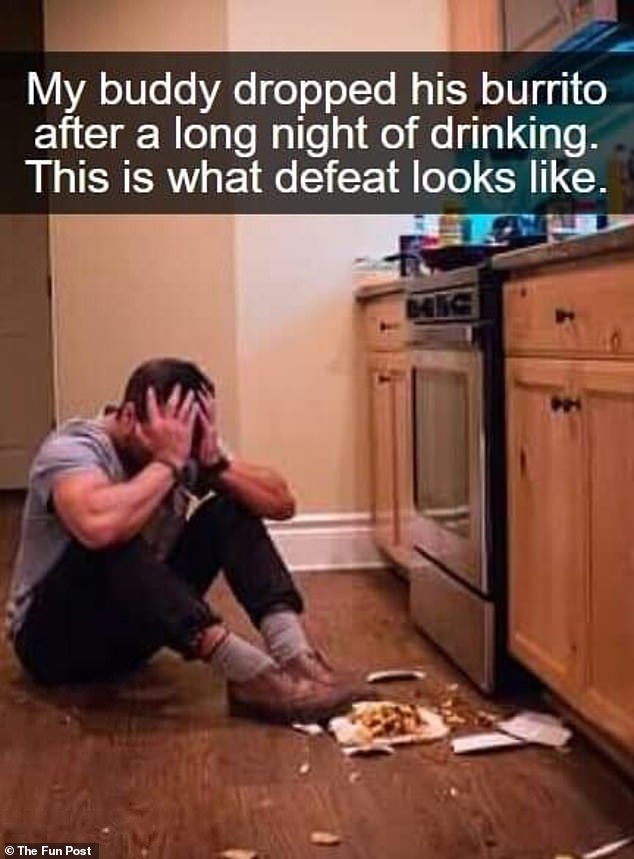 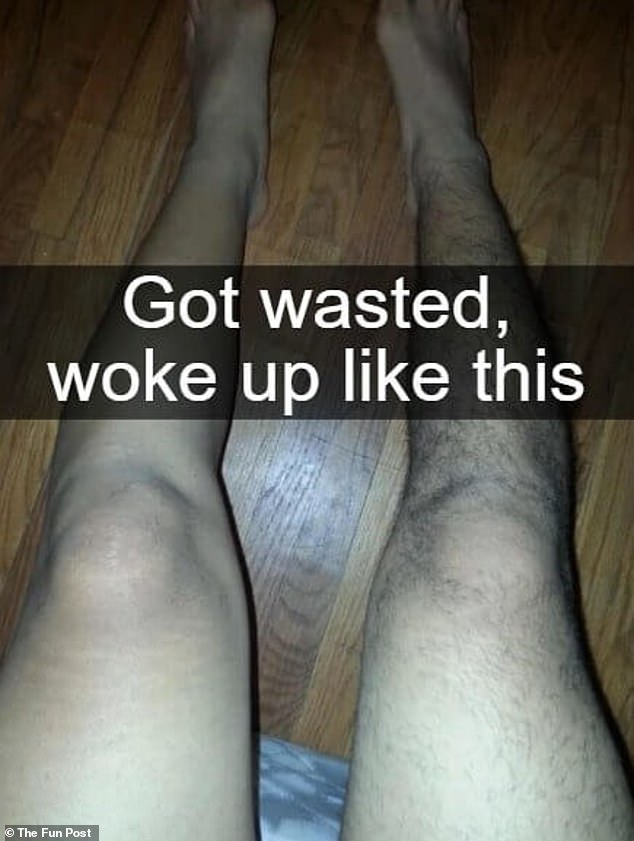 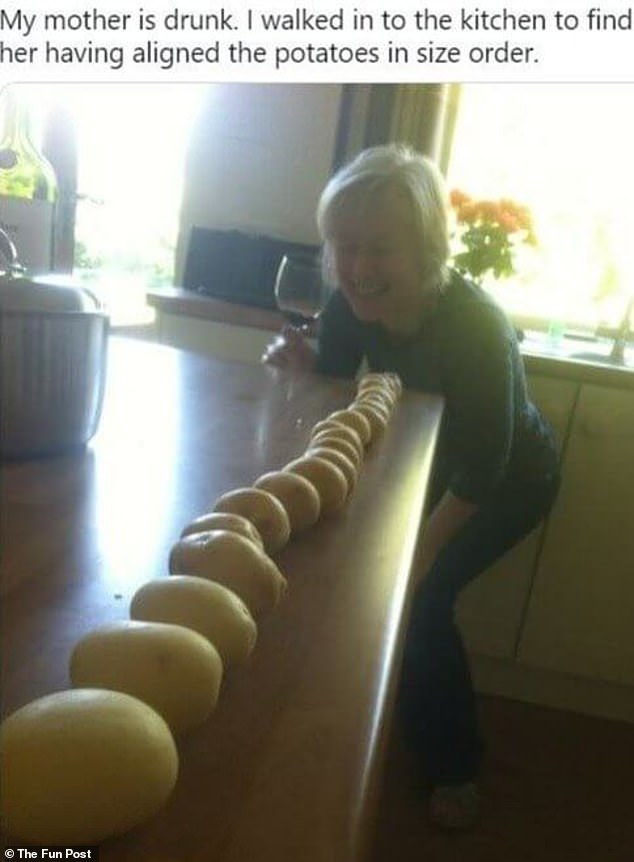 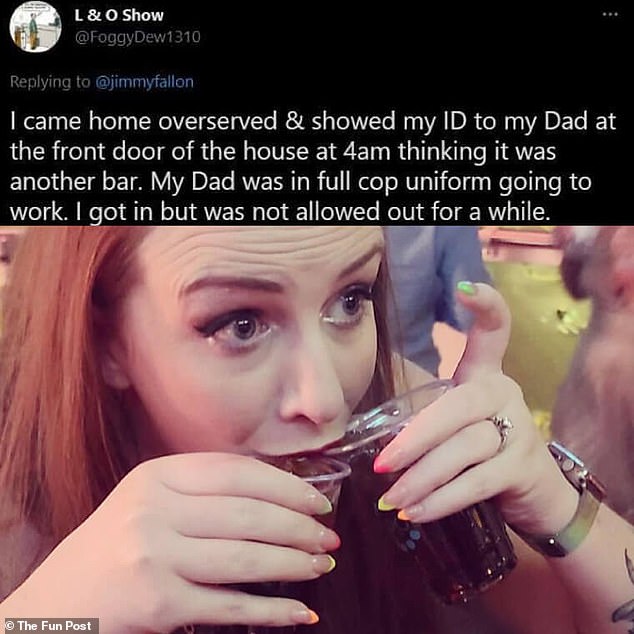 House party! A woman, who lives in America, took to Twitter revealing that she thought her home was another bar and showed her dad her ID at the front door 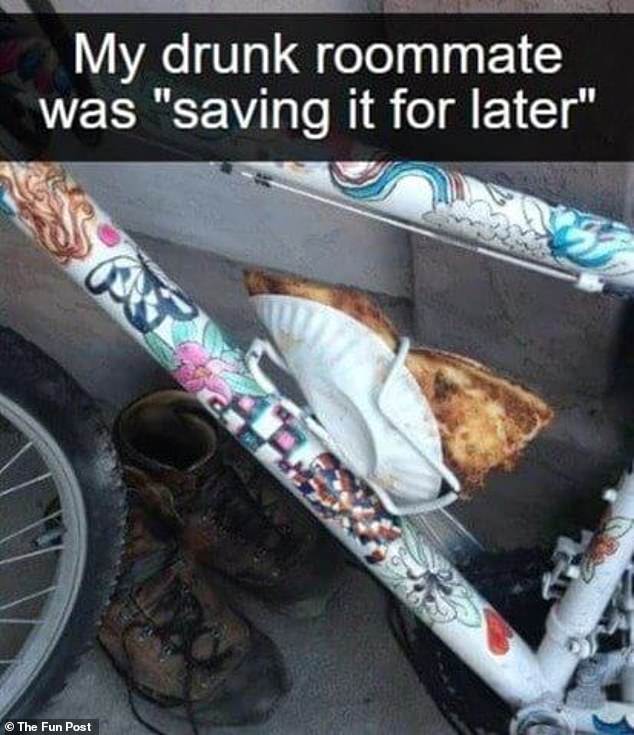 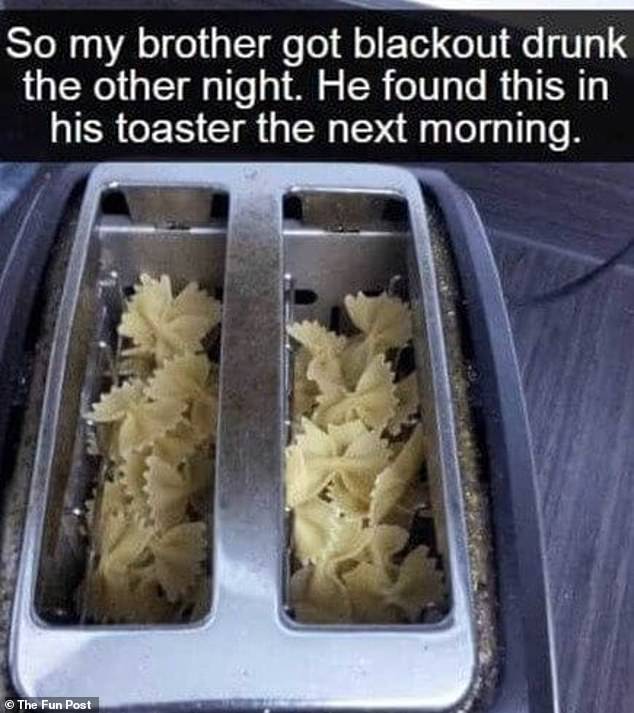 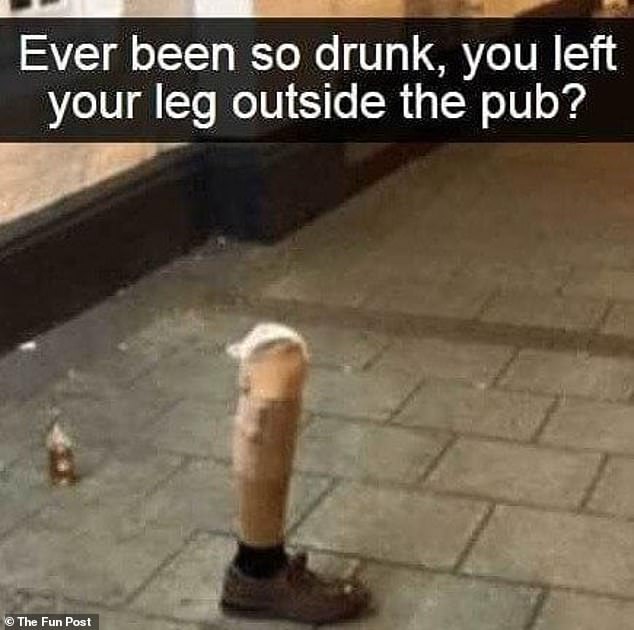 Getting legless! Revelers were amused after they discovered a prosthetic leg had been left outside the pub 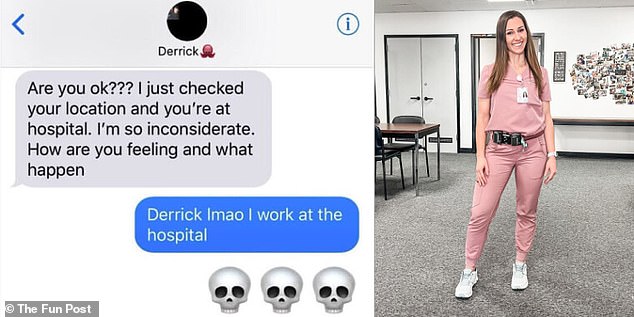 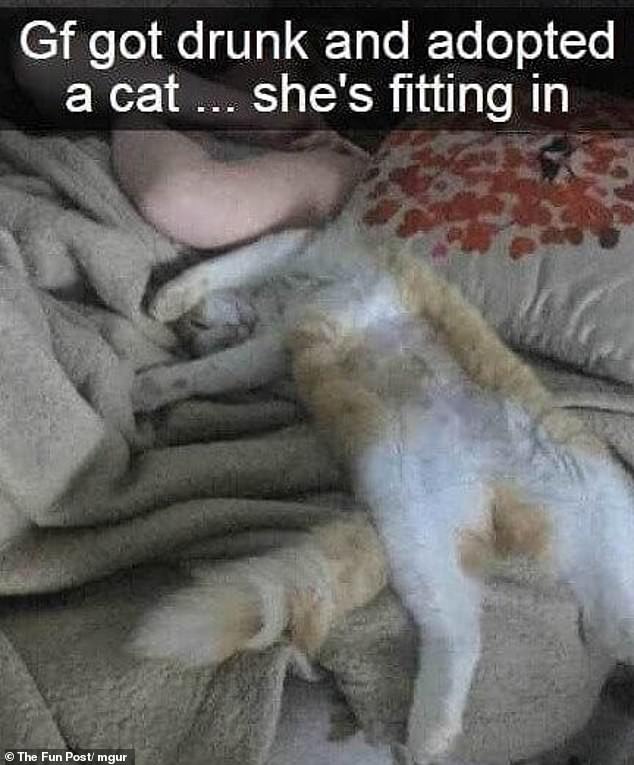