How pet-culiar! People share hilarious photos of their animals acting strangely – from a turtle breaking through a wall to a VERY angry cat

Being a pet owner is guaranteed to bring you joy, but as many of us know, our furry friends can often be hilariously unpredictable.

Animal Channel has rounded up a selection of amusing photos from around the world that have gone viral because of the strange antics animals have been caught doing – including a black cat that attempted to break up a fight.

Another snap shows a Dalmatian mesmerised by a cartoon dog of the same breed in Disney’s 101 Dalmatians.

Here, FEMAIL reveals some of the most mischievous animals caught on camera… 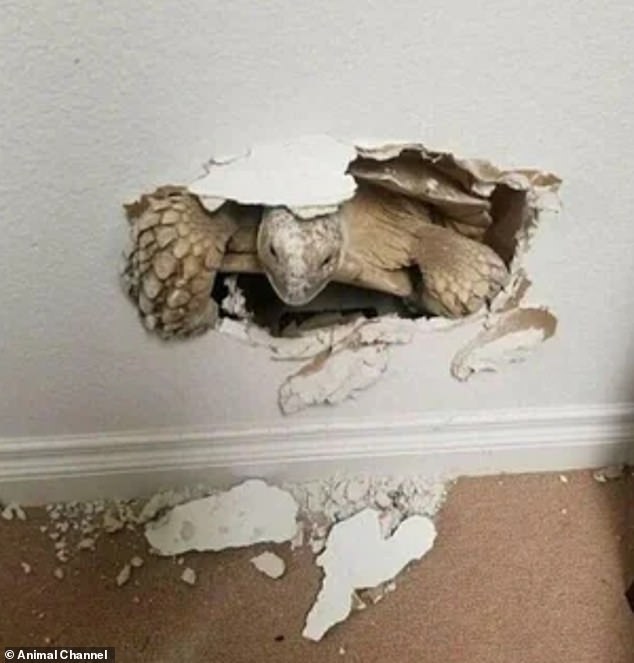 Slow and steady! One bizarre photo appears to show a very determined turtle breaking through the walls of a house 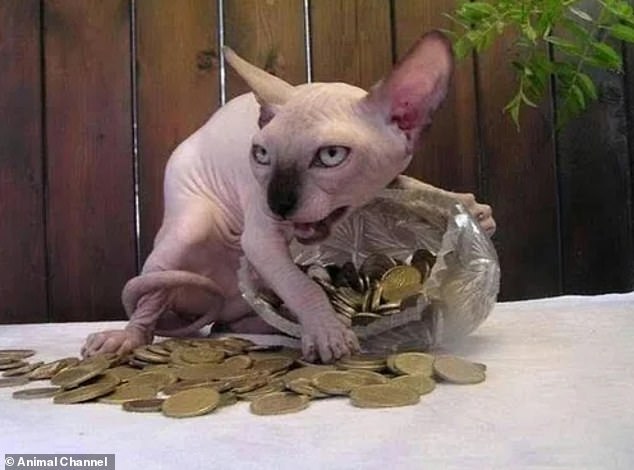 Another snap could be mistaken for being a scene from Lord Of The Rings, as it shows a menacing cat protecting a precious bag of coins 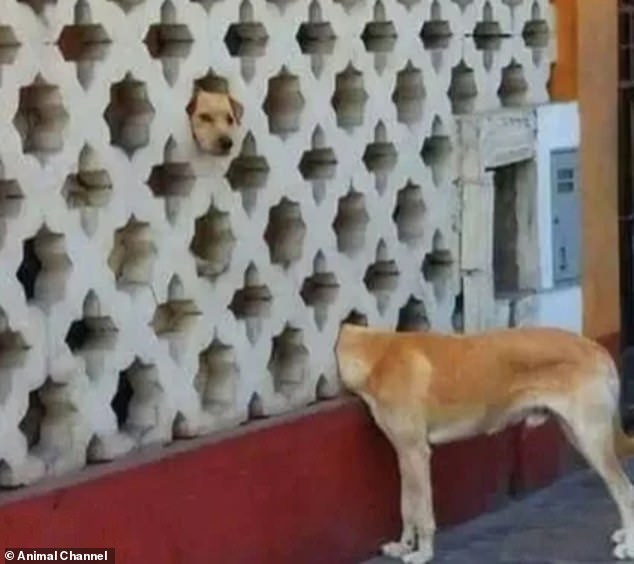 A viral photograph of two dogs placing their head through the holes of a fence, gives the illusion that the canine has an extraordinarily long neck 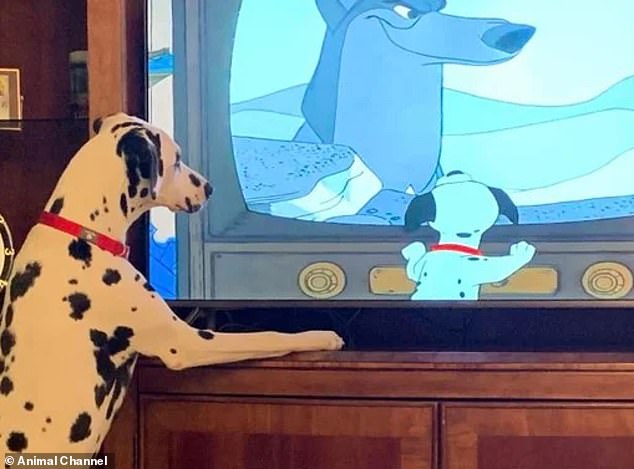 I’m on the big screen! A perfectly timed photograph captured the moment a Dalmatian was mesmerised to see a cartoon dog of the same breed on television 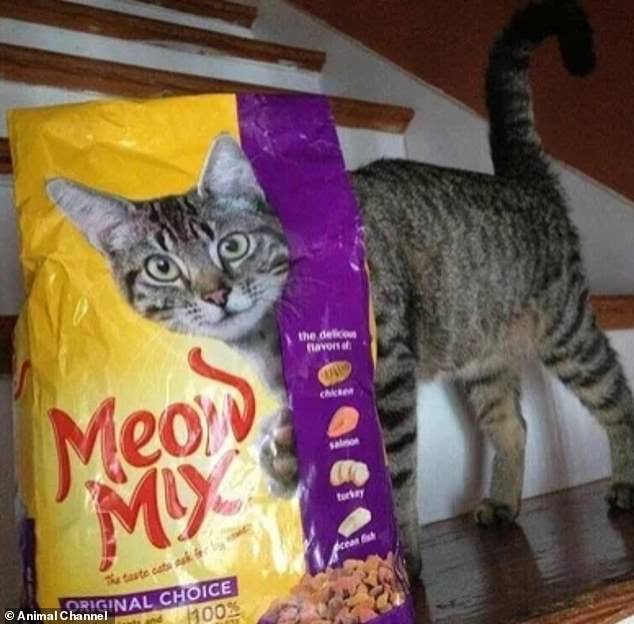 One amusing optical illusion shows a cat walking behind a bag of cat food, while unaware that it appears to be merging with the packet 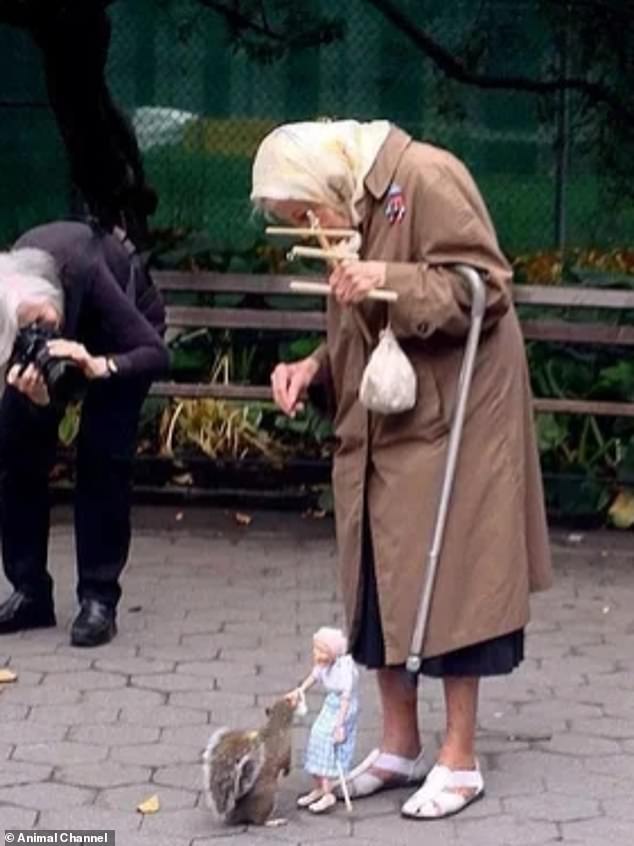 Another weird photograph, taken in an unknown location, shows an elderly woman using a puppet to interact with a squirrel 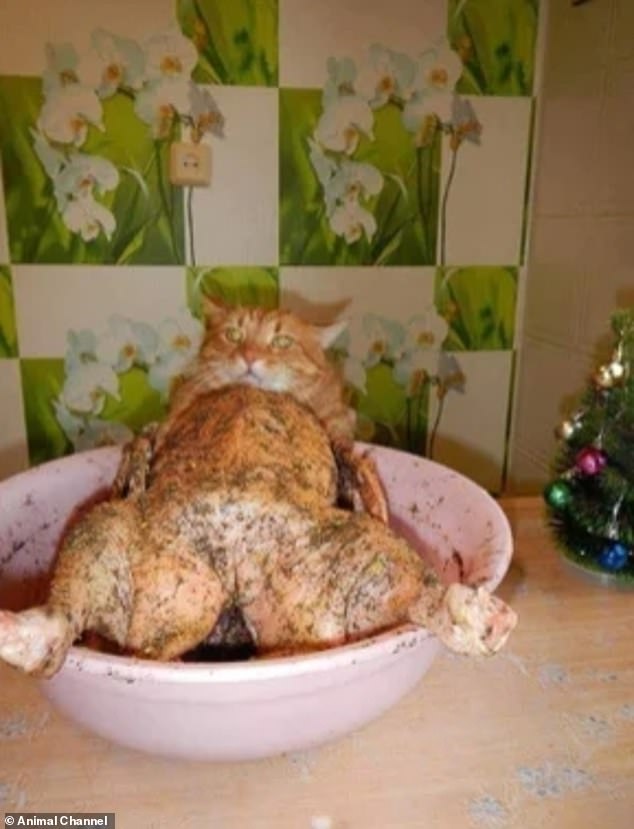 One perfectly timed snap shows a cat leaping onto the table, while seeming to have a Christmas turkey for its body 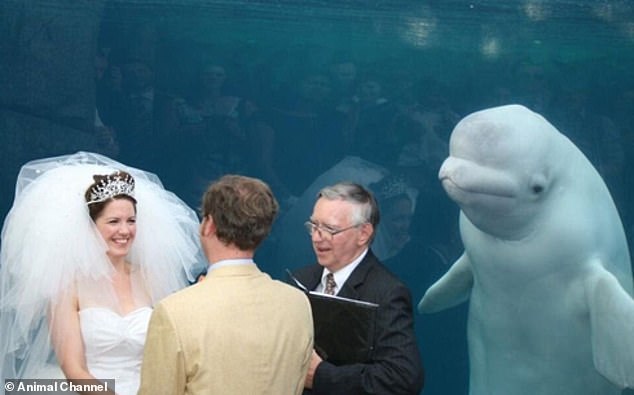 Another photograph shows a couple who had a memorable wedding, complete with a whale among guests 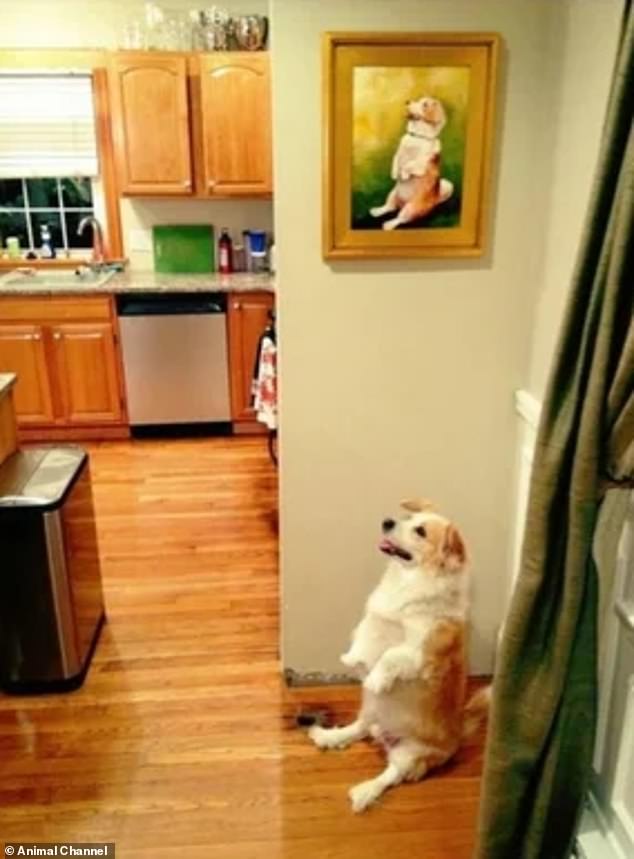 Spot the difference! A dog was photographed recreating the same pose as a portrait on the wall of its owner’s home 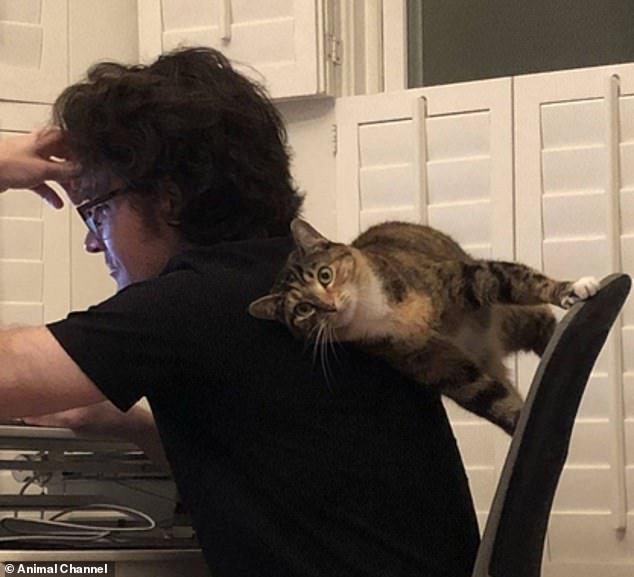 Another amusing image shows a man struggling to concentrate at his desk, while his cat takes the place of a back cushion