From a Spongebob meme that stopped being relevant in 2019, to the white vs blue dress debate, social media users have been sharing pictures of toe-curlingly outdated tattoos.

The inked snaps from across the globe were collated in an online gallery by Kueez, and include the lyrics of a well known Carly Rae Jepson song.

Other snaps show a detailed rendition of Paris Hilton’s face with her famous catchphrase ‘that’s hot’ emblazoned next to her.

In another photograph, a man chose to commemorate Game Of Thrones quote,  ‘winter is coming’ for eternity on his forehead.

While many are partial to the tomato flavoured condiment with a big bowl of chips, it’s a questionable advert to have forever on your arm 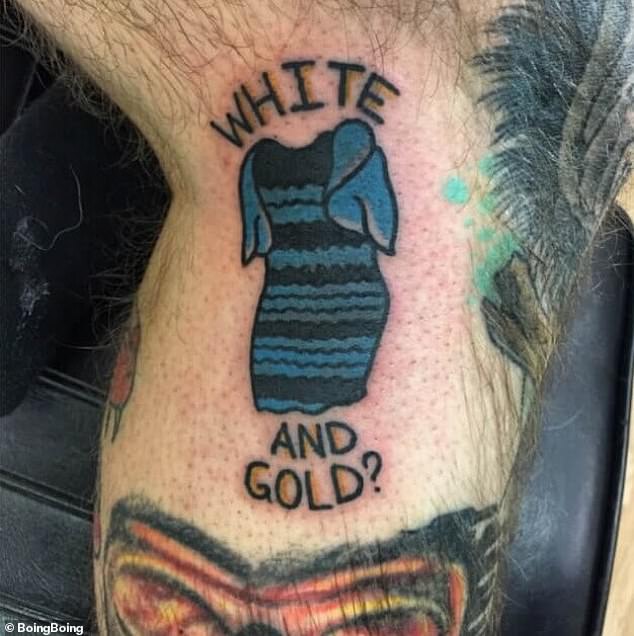 In 2015, it seemed like everyone was arguing over whether ‘the dress’ was black and blue or white and gold, and now this tattoo fan can relive the debate every single day 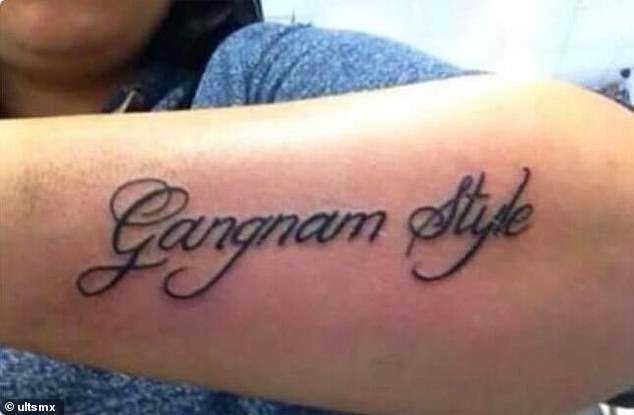 While the song ‘Gangnam style’ by PSY was a catchy hit at the time of release, eight years later, this tattoo doesn’t quite pack the punch it once did 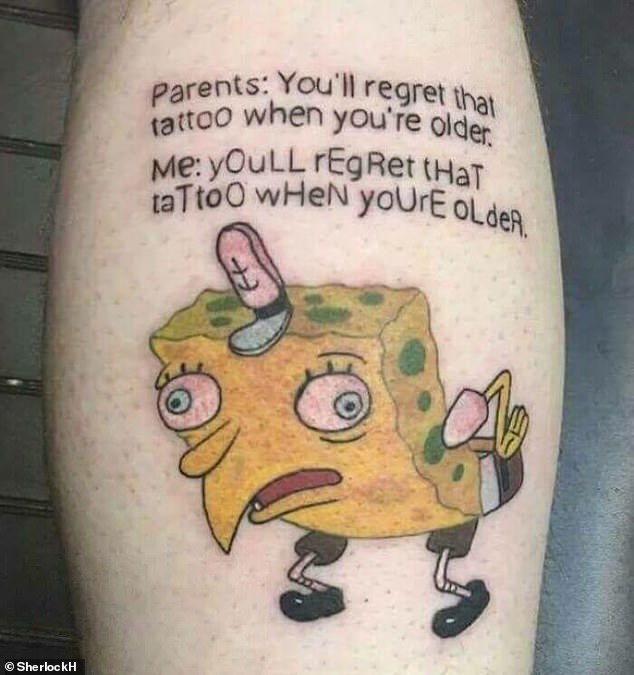 Spongebob the prophet! It’s easy to imagine that the tattoo fan may wish he’d not had this popular cartoon character meme inked on their skin 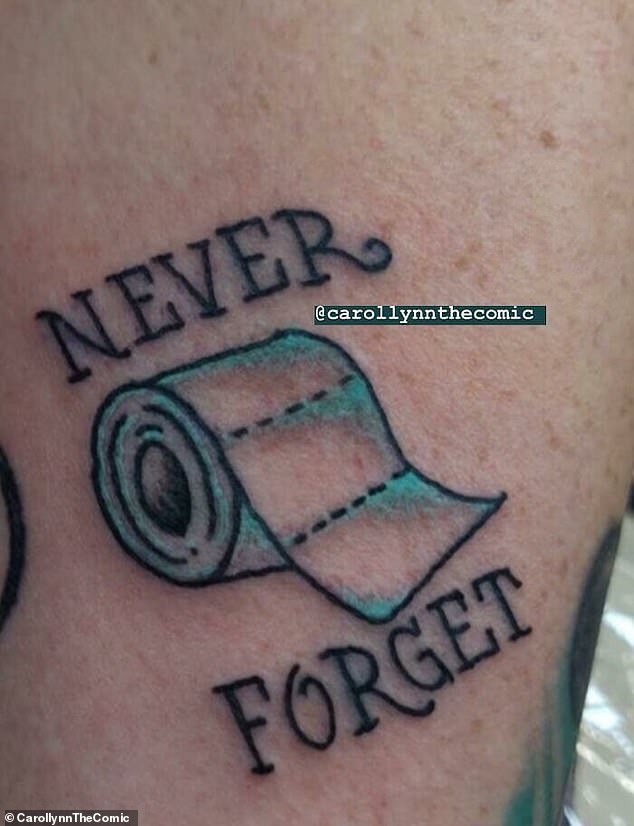 If you’re going to commemorate a moment in history in ink, perhaps panic buying toilet roll during the pandemic isn’t the most aesthetically pleasing choice 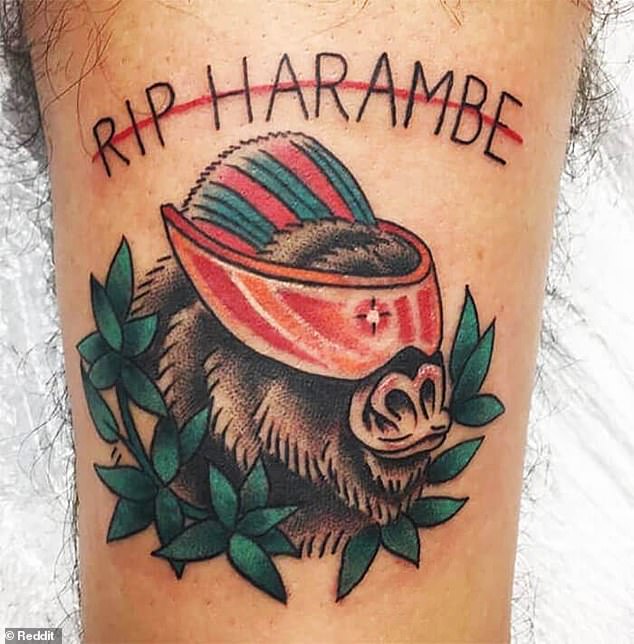 Furry bad idea! One animal lover had second thoughts after getting a tattoo in memory of Harambe the gorilla who was shot dead at Cincinnati Zoo, after he grabbed a three-year-old boy who climbed into his enclosure 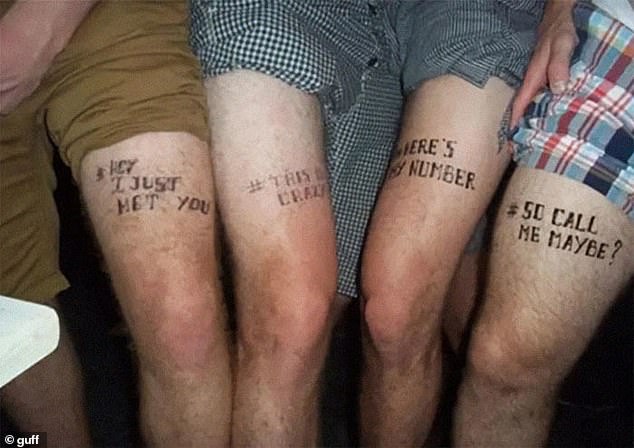 Lads night out gone wrong! These men with Carly Rae Jepson’s lyrics from the song Call Me Maybe likely regret their decision in the cold light of day 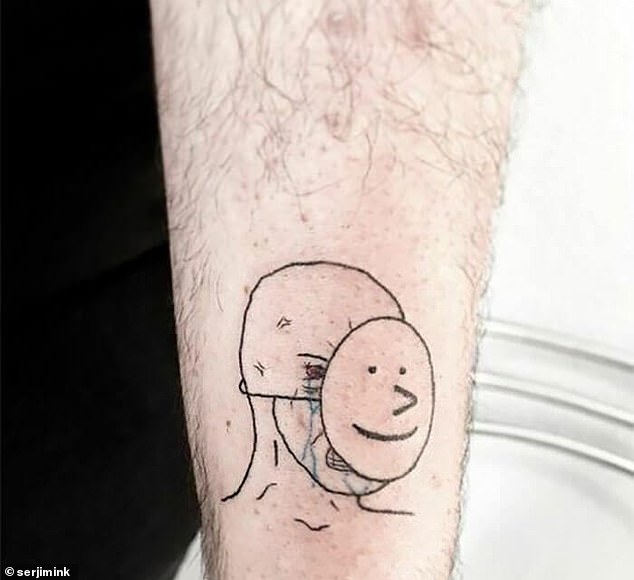 Cheer up Wojak! The internet meme is used to represent sadness or regret, which seems apt for this tattoo where someone decided to put a smiling face mask over him 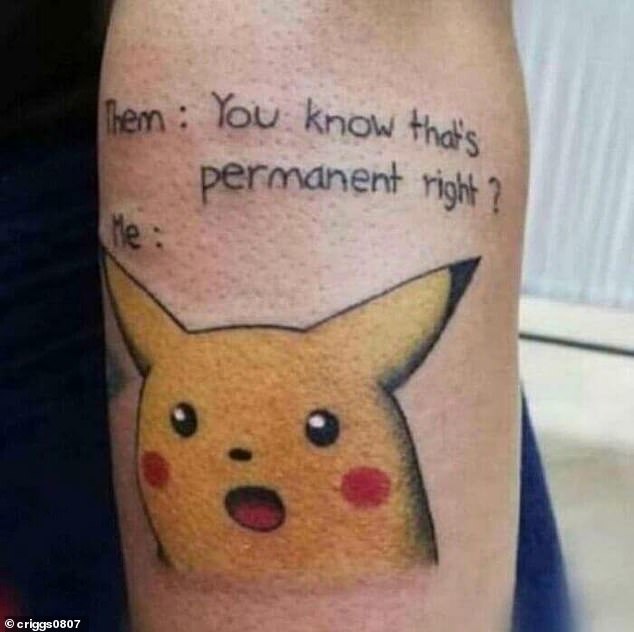 This depiction of the Pokemon character Pikachu shows at least this tattoo owner can take a joke, which is  just as well because it’s likely many will poke fun at it for years to come 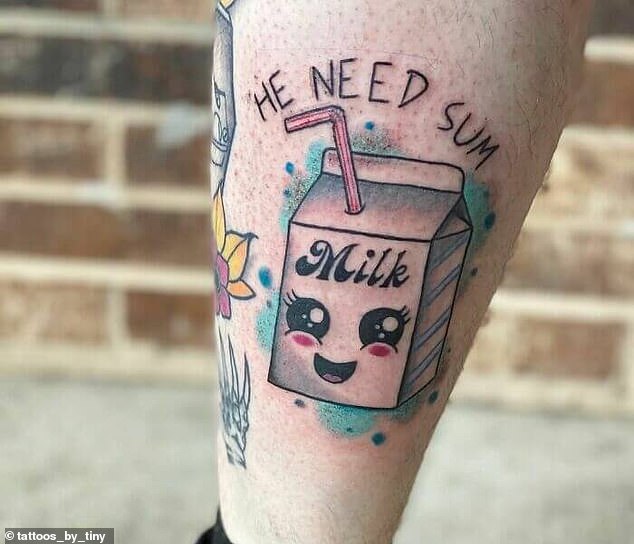 This reference to a Vine video of a hurt man was funny once and only for a few moments. The video platform was great while it lasted but it would have been probably best to leave this quote online 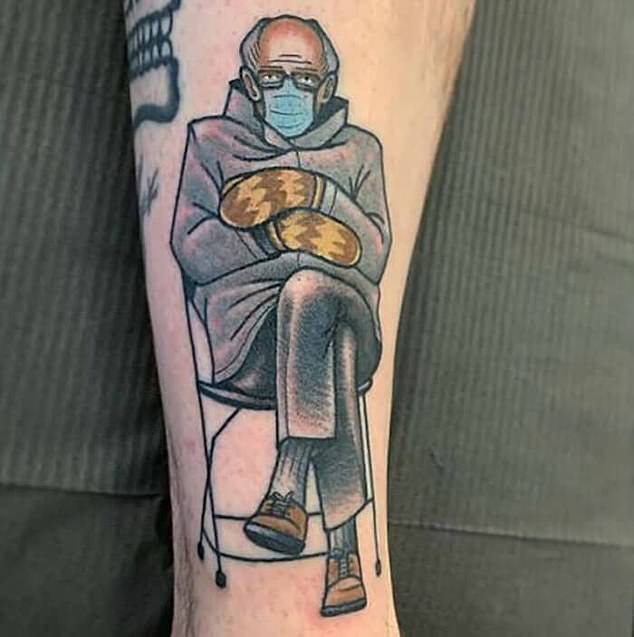 The Bernie Sanders meme from Joe Biden’s inauguration day was great while it lasted, but probably not a strong enough joke to get on a leg 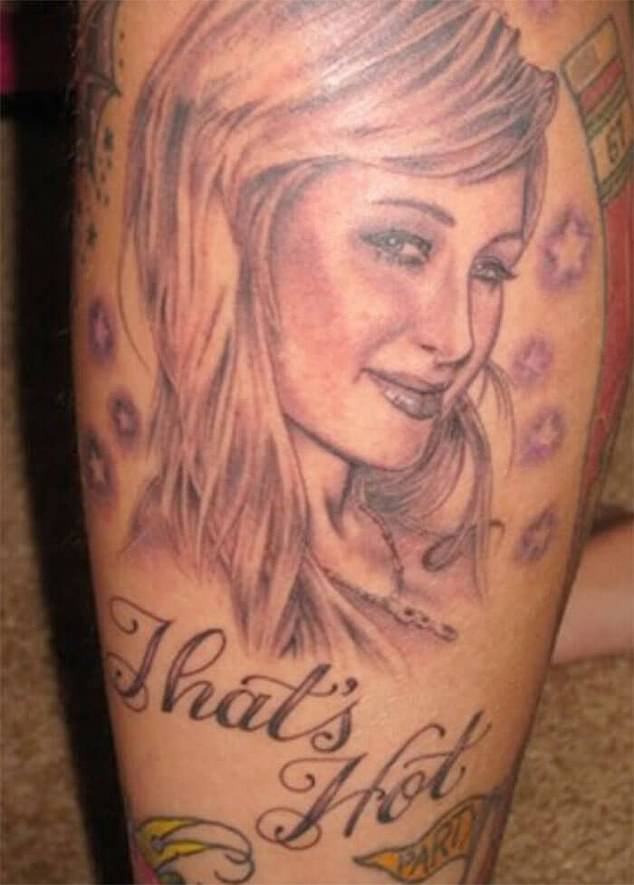 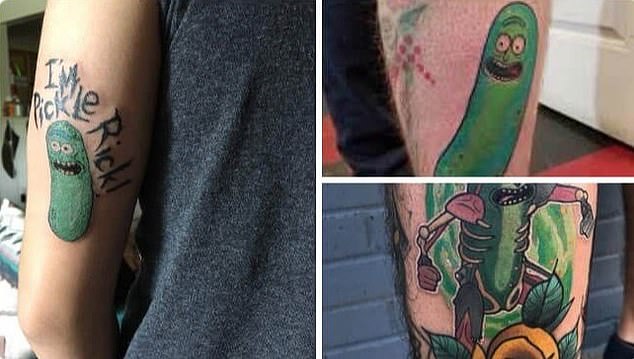 Pickle Rick from the popular cartoon show, Rick and Morty, was probably better off staying behind a screen 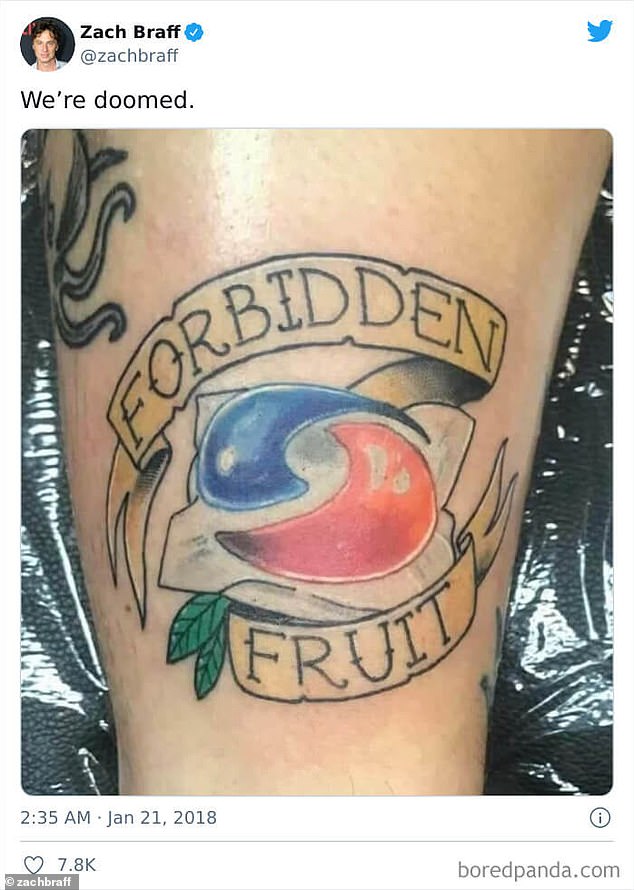 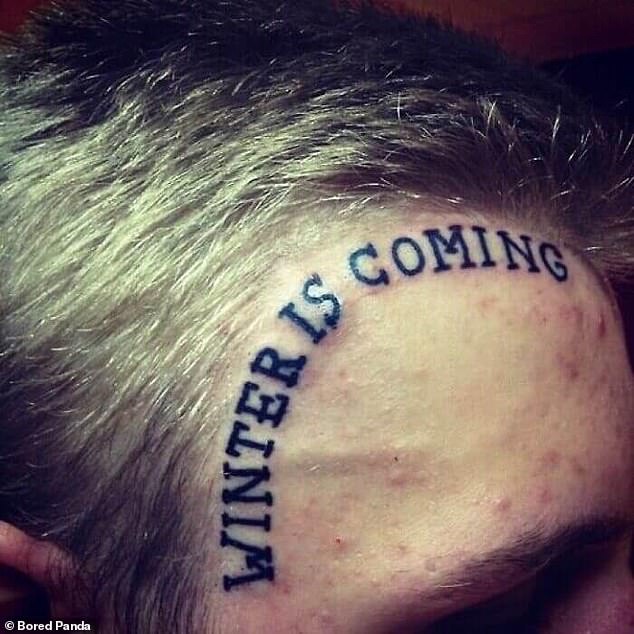 Winter indeed might be coming, but so is a life of embarrassment for this Game Of Thrones fan