Hilary and Haylie Duff spent some quality sibling time together on Sunday.

The duo were spotted at a farmers’ market in Studio City enjoying the sunshine with their children.

Haylie, who is expecting her second child with partner Matt Rosenberg, showed off her burgeoning baby bump under a black tank jumpsuit and floral blouse.

Sister sister: Hilary and Haylie Duff are pictured out at a farmer’s market in Studio City on Sunday

The 33-year-old announced her second pregnancy on January 5 on social media.

She already has two-year-old daughter Ryan with her journalist beau.

Hilary kept it casual in skinny ripped jeans and a white sweatshirt with tigers design as she kept a watchful eye on son Luca, six.

The songstress and Younger star recently rekindled her love with Matthew Koma after the pair called it quits back in March 2017. 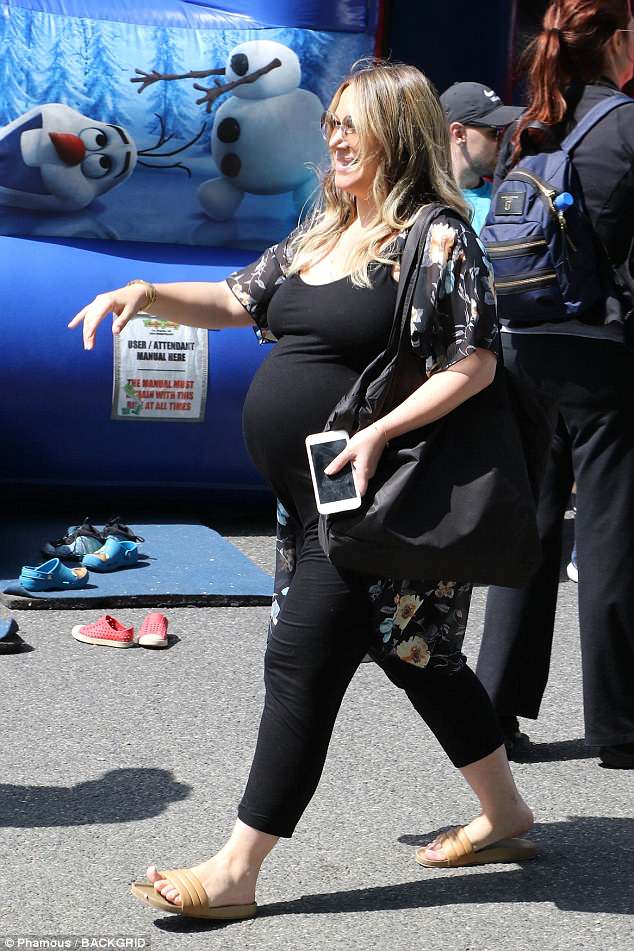 Mom-to-be: The 33-year-old looks ready to pop any day now after announcing her second pregnancy in January 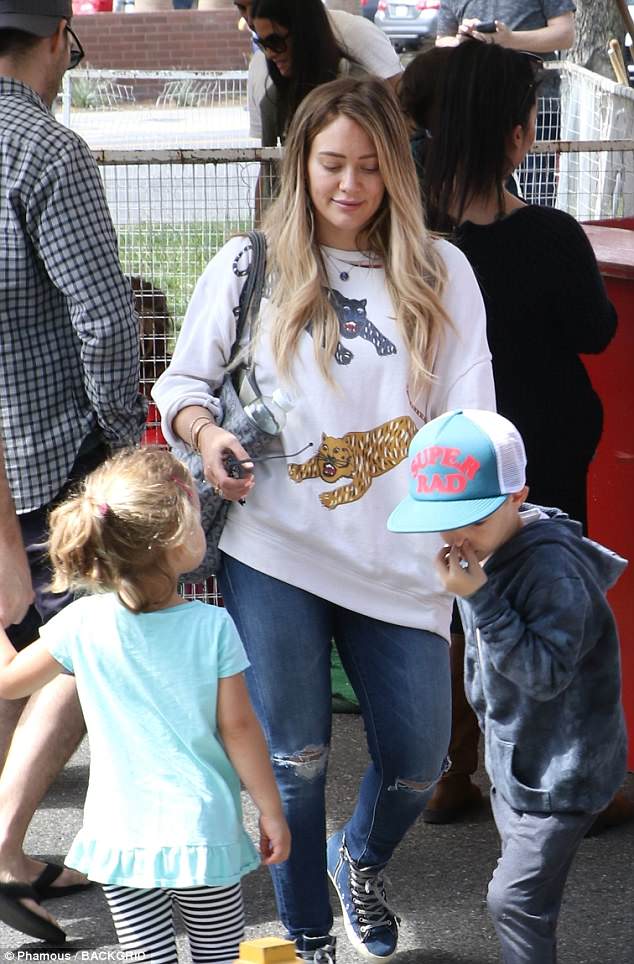 Busy mom: Hilary, 30, kept it casual in skinny ripped jeans and a white sweatshirt with tigers design as she kept a watchful eye on son Luca, six

A source told E! that Koma’s touring schedule was the main reason why the couple split after just three months of dating.

In an interview with the ladies of The Talk, Hilary gushed about her romance.

‘It’s going so great. This is like the third time that we’ve dated,’ the actress said. ‘Timing is such a big deal. Third time’s the charm!’

Hilary shares co-parenting responsibilities of her son with her ex-husband, Mike Comrie. 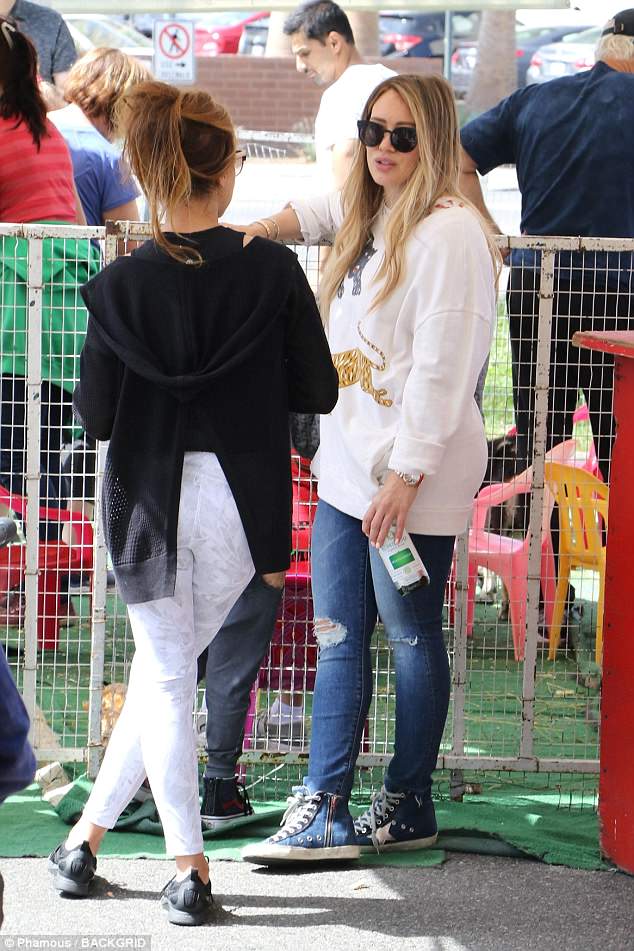 Family outing: The songstress chatted it up while Luca checked out the animals at a petting zoo 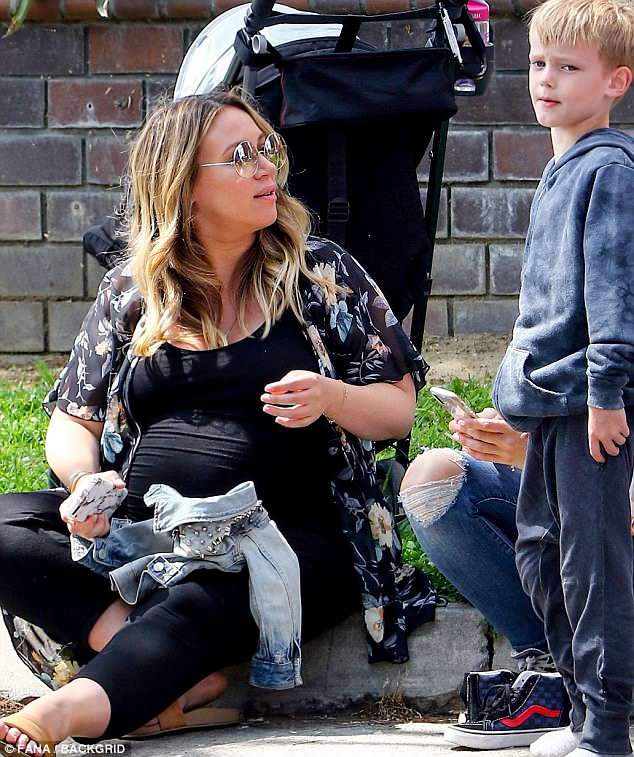 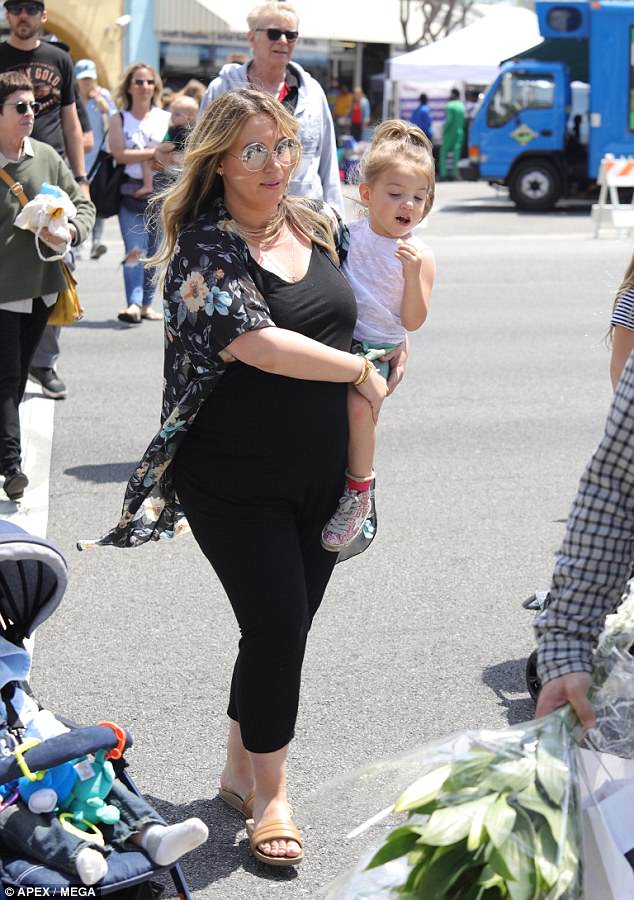