Hillary Clinton goes from crutches to none on 70 birthday

Hillary Clinton turned 70 Thursday and was seen on crutches at daughter Chelsea Clinton’s home before she ditched the walking aid to accept the Wonder Woman award just hours later.

Hillary, who suffered a broken toe after a fall in London earlier this month, made the superhero-like transformation as day turned to night and she appeared to be the picture of health at the evening event on her birthday.

However despite the crutches earlier in the day, Hillary still managed to looked radiant in red in the photos obtained by DailyMail.com, as she headed out of Chelsea’s apartment before turning up crutch-less to accept the Wonder Woman award.

Hillary Clinton was out and seemed in good spirits, but still on crutches, leaving daughter Chelsea’s home in New York City on her 70th birthday Thursday

Hillary has been recovering from a fall earlier this month in London while promoting her book ‘What Happened’. The trip was cut short after her spill 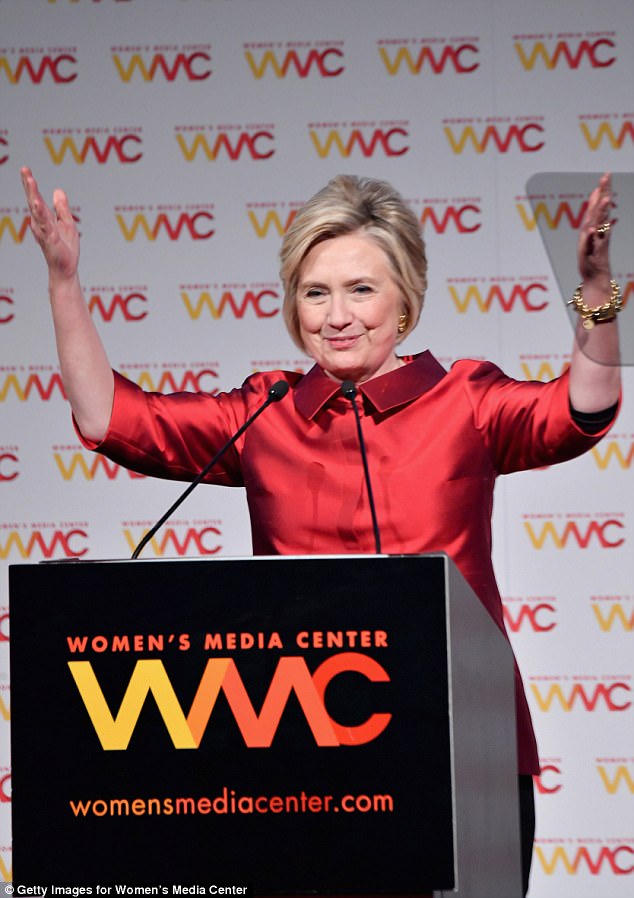 Healed: In just a matter of hours, on the 70-year-old’s birthday, Hillary ditched the crutches and accepted the Wonder Woman award 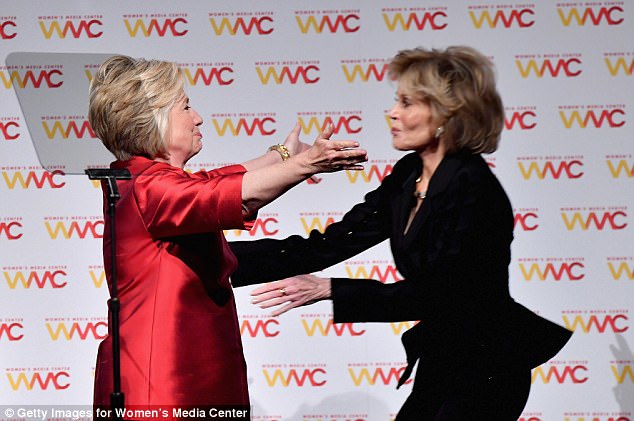 During the ceremony she was serenaded with ‘Happy Birthday’ led by Jane Fonda as the crowd joined in. She accepted the first ever award of its kind by the Women’s Media Center.

Hillary appeared in good spirits along with other honorees, which included Ashley Judd. The actress appeared for the first time since being one of the main catalysts in the enormous Harvey Weinstein sexual assault and harassment scandal.

During her awards acceptance speech, the 70-year-old highlighted the women’s equality.

‘Last year when I was pursuing the presidency, I ran into people both men and women who thought sexism and the struggle for women’s equality was so over: a thing of the past, ancient history,’ Clinton said according to Bustle. ‘Well what a difference a year makes.’

The former Secretary of State also touched on how women are represented in the media.

‘When will the media recognize we are half of the population and when our voices are absent you are not telling the whole story and that is your responsibility?’ she asked the crowd. Adding ‘It doesn’t hurt just individual women, it hurts our public discourse.’

Before accepting her award, the focus of the day was on her birthday as well wishes poured in over Twitter.

But daughter Chelsea’s message took the (birthday) cake with a beautiful vintage snap of she and her mother celebrating decades ago. The former first daughter added her own touching birthday wishes: ‘So thankful for every birthday & every year we’ve shared. Looking forward to many more!’ 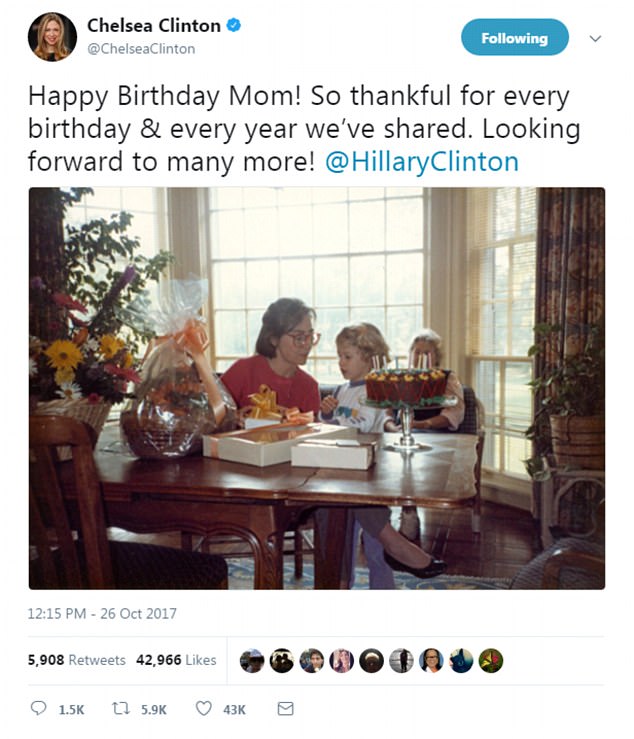 Chelsea Clinton shared this vintage photo of her and her mother, wishing her a happy birthday on Twitter

While Hillary seemed bathed in love for her birthday, on the other side of the political party spectrum, Donald Trump Jr. used the occasion to taunt the 70-year-old.

In two separate tweets, minutes apart, the son of the President took aim at Hillary. The first was re-tweeting a tweet from Hillary last year.

In the tweet shared on her birthday in 2016, a then doggedly campaigning Hillary shared a snap of the herself as a child and captioned it ‘Happy birthday to this future president.’ 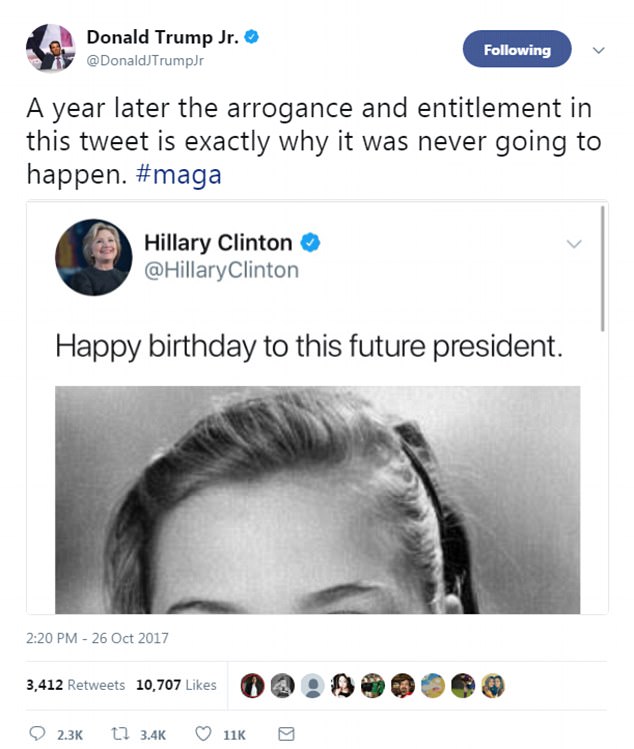 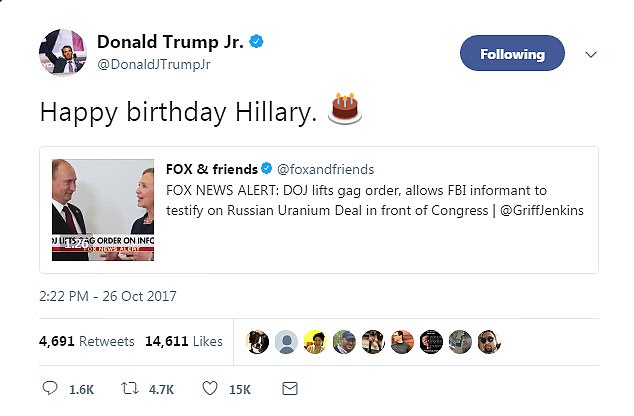 Low: Donald Jr tweeted this Fox News alert at the birthday gal as she has recently found herself caught up in the Russian Uranium Deal investigation

Donald Jr. dug through the archives to find that perfect tweet to take his first shot, sharing the tweet and captioning it: ‘A year later the arrogance and entitlement in this tweet is exactly why it was never going to happen. #maga.’

In a second tweet taking aim at the 70-year-old birthday gal, Donald Jr. hit out with a Fox News alert about the ongoing investigation into the Russian Uranium Deal, while haughtily wishing her ‘Happy birthday Hillary.’