Hillary Clinton visited her daughter Chelsea to see her grandchildren and spend some time with the expectant mom.

Former Secretary of State played grandmother as she spent time with her heavily pregnant daughter and her two children.

Hillary, 71, was seen heading towards her daughter’s home in New York that she shares with husband Marc Mezvinsky, 41.

Chelsea has yet to reveal her exact due date, but based on the timing of her pregnancy announcement in late January, she is likely to give birth some time in July or August.

The 39-year-old’s two other children Charlotte, four, and Aidan, three, are gearing up to welcome a little brother or sister into their family. 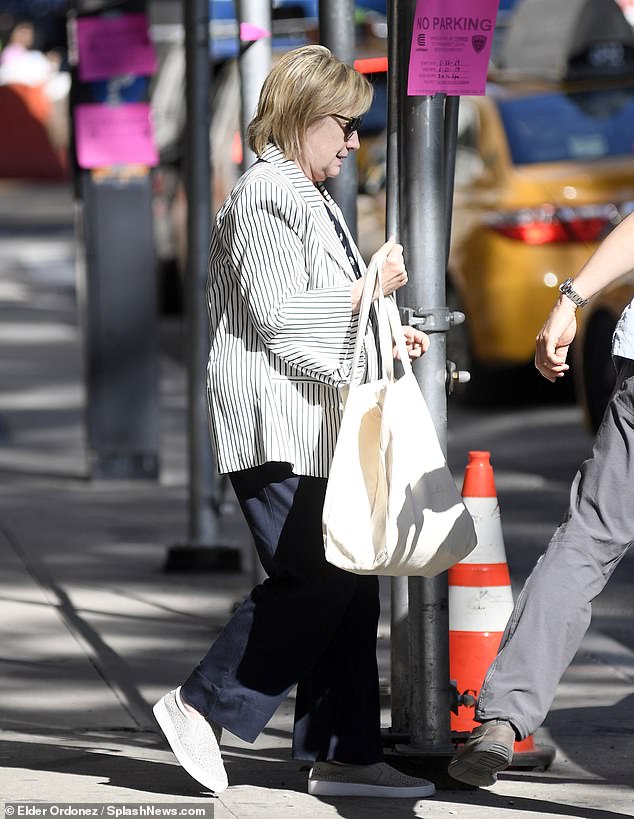 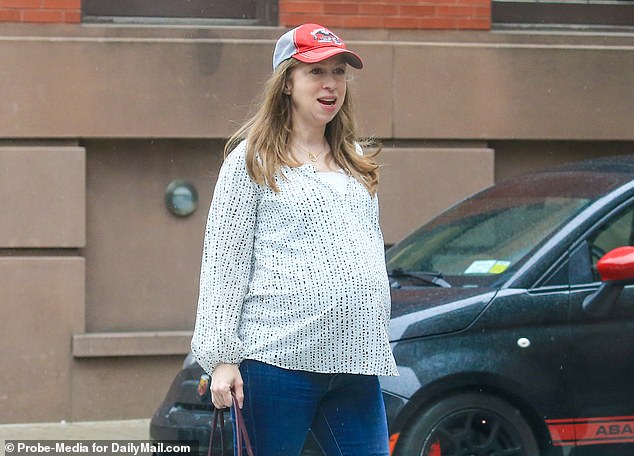 In an interview yesterday the president said Clinton was a ‘great candidate’ and claimed he would rather go up against former Vice President Joe Biden than once again face the former First Lady.

He praised how ‘ruthless and smart’ she was while speaking to NBC’s ‘Meet the Press’ as Biden and other Democratic presidential contenders gathered in Columbia, South Carolina.

Trump said: ‘I actually think that Hillary Clinton was a great candidate. She was very smart. She was very tough. She was ruthless and vicious.’

Host Chuck Todd then asked if he would rather face Clinton again and said: ‘You spent a lot of time talking about her.’

‘No. I would actually rather run against Biden,’ Trump responded. 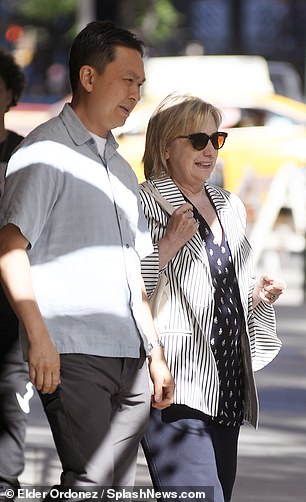 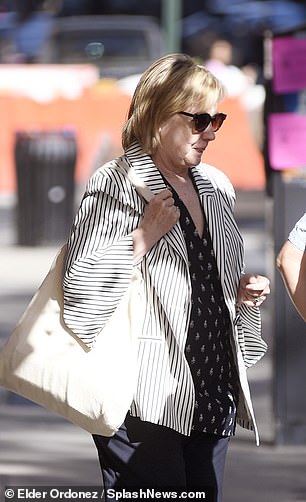 Hillary Clinton was seen in New York today as she spent time with her family. The visit came not long after Trump praise his former rival for her 2016 campaign 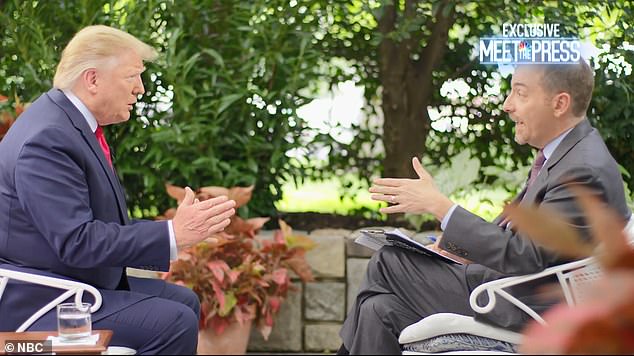 Trump told host Chuck Todd (right) that he would rather face Joe Biden than Hillary Clinton again, who he described as a ‘great candidate’

He added: ‘Sleepy Joe. He’s sleepy. She was not sleepy. Let me just tell you something, the Electoral College is tougher for a Republican to win than the popular vote.

‘At least me. I feel that I go to three places. I went to 19 or 21 states. I went to Maine four times because I wanted to get one. And I did get it. And that’s the beauty of the electoral college.’

Despite the recent praise, Trump dedicated much of his 2020 campaign rally last Tuesday to slamming Hillary.

She mocked Trump for mentioning her eight times as he officially kicked-off his bid to stay in White House.

Last week the Clinton family celebrated Aidan’s third birthday with a party at the Children’s Museum of the Arts in New York.

Private birthday parties at the museum range from $700 to $1,700 depending on the number of guests, party package, and catering options.