Former Secretary of State Clinton, 70, said: ‘These attacks on the LGBT community here at home and around the world, are striking, and scary. I cannot pretend to understand what that feels like, but I do know what it feels like to be torn down and attacked.’

She criticized Trump’s July widely condemned initiative to ban transgender people from serving in the military and branded it ‘insulting’ and ‘wrong,’ POLITICO reports.

‘You know and [Trump] knows that transgender people have fought and died for this country,’ she said at the Saturday night event. 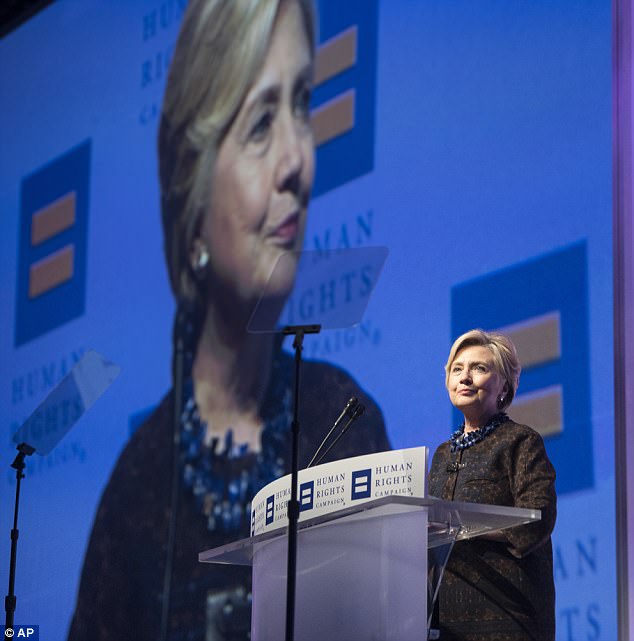 Clinton said: ‘We cannot rely on this administration or the Supreme Court to uphold LGBT rights’ 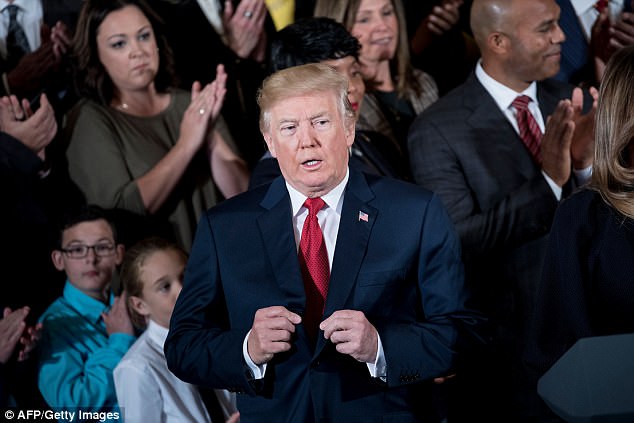 Other Trump administrative initiatives and actions considered anti-LGBT include trying to argue that the 1964 Civil Rights Act does not apply to LGBT people and his speech at the Values Voter Summit, which the Southern Poverty Law Center identifies as an anti-LGBT hate group.

Clinton also told the audience: ‘We cannot rely on this administration or the Supreme Court to uphold LGBT rights.’

The 2016 presidential candidate advocated for policies such as the Equality Act, which would bar discrimination based on sexual orientation and gender identity as they pertain to housing and work.

She concluded: ‘I won’t be silenced, and I hope you won’t be either. That’s a promise, from one HRC to another.’

The tennis star, 73, tweeted: ‘Oh, what a night! Such an honor to introduce my friend and ally, @HillaryClinton.’ 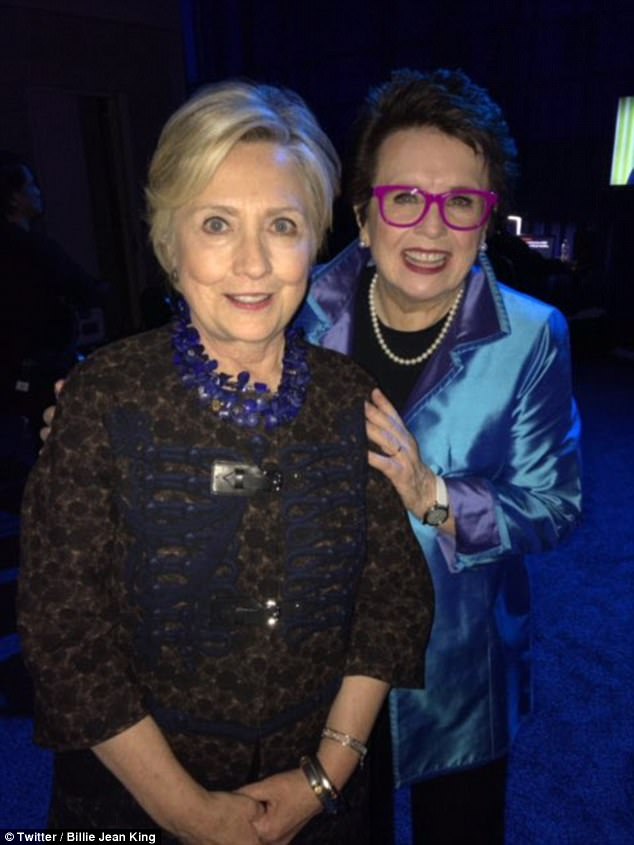 Clinton was introduced by tennis legend Billie Jean King, who has staunchly advocated for LGBT rights since she came out in the 1980s 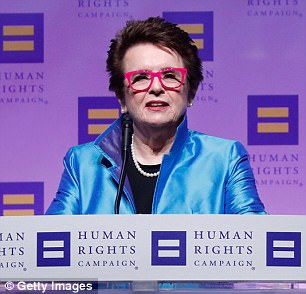 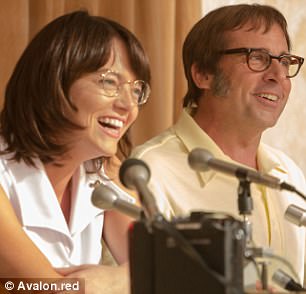 King, 73, was recently portrayed by Emma Stone in ‘Battle of the Sexes,’ which also starred Steve Carell (right) 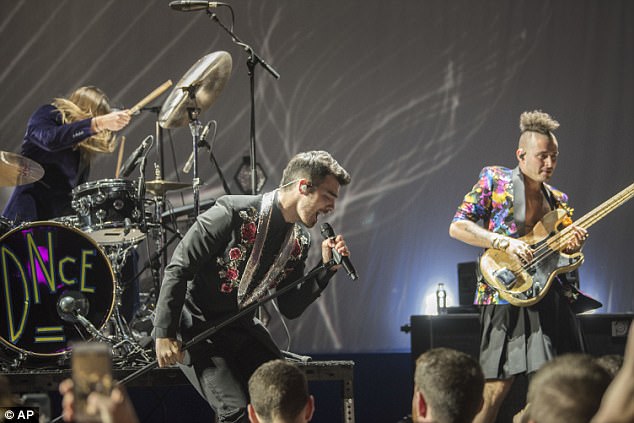 Human Rights Campaign President Chad Griffin said in the night’s press announcement: ‘Hillary Clinton has spent a lifetime fighting for the vulnerable, marginalized, and oppressed — and she’s not about to back down now.’

Aduba, who has won two Emmys for her performance as Suzanne ‘Crazy Eyes’ Warren, said: ‘I know there are so many young LGBTQIA kids around this globe today, just like you, who spend many stressufl hours away from their childhoods, worrying about how their truth might be received…I want to remind you, and all of those who are slowly finding their voices, how liberating the truth can be.’ 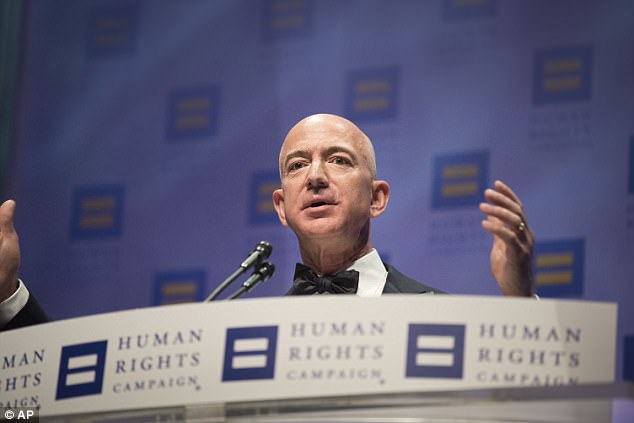 Jeff Bezos, the CEO of Amazon and the owner of the Washington Post, was awarded the National Equality Award at the HRC’s event 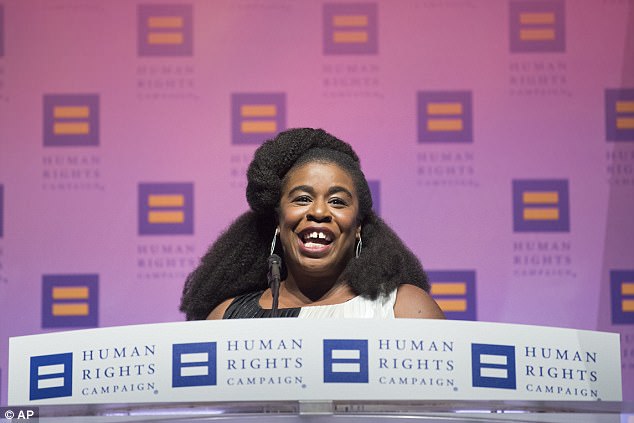 Uzo Aduba, the Emmy-award winning star of ‘Orange is the New Black,’ was awarded the Ally for Equality Award 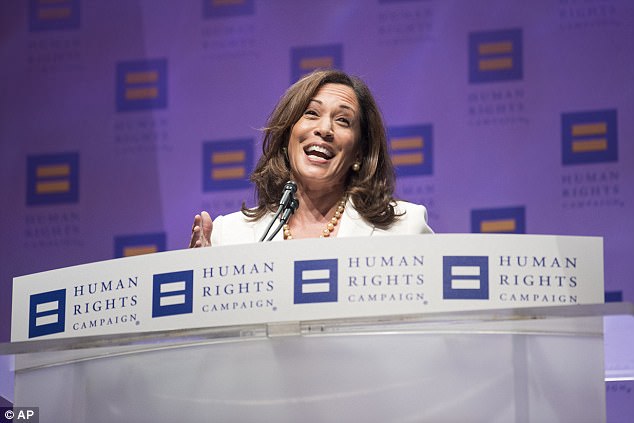 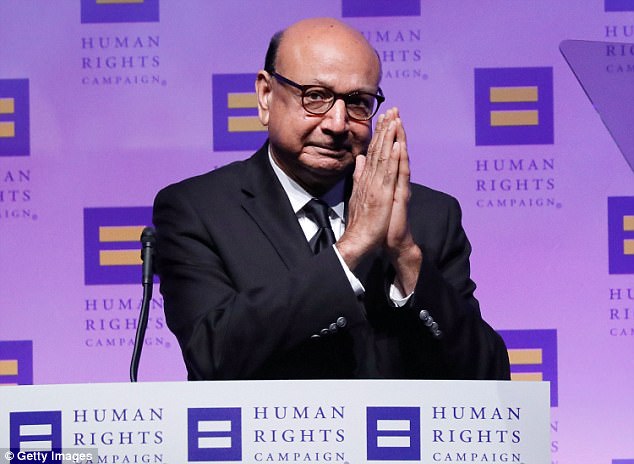 Also present at the event was Khizr Khan, the Gold Star father 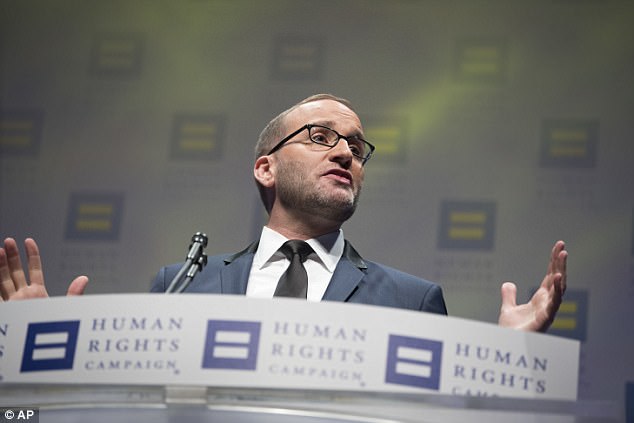 Bezos said: ‘Children accept one another for who they are – gay, transgender, straight. They think of their friends as people with individual identities, experiences, weaknesses, and strengths. They inherently understand the concept of human equality.’

President Griffin said of Bezos: ‘As a longtime supporter of LGBTQ equality, Jeff Bezos was one of the earliest corporate leaders to join our fight for marriage equality.’

The event was sold-out, and proceeds went to LGBT causes.