Hillary Clinton will make her first appearance with Joe Biden since he’s become the presumptive Democratic nominee – and will endorse him for president.

The two will appear together in a livestream event Tuesday afternoon.

Clinton’s stamp of approval comes amid mounting pressure for Biden to personally address accusations made by a former staffer, Tara Reade, that he sexually assaulted her on Capitol Hill when he was serving as a U.S. senator. 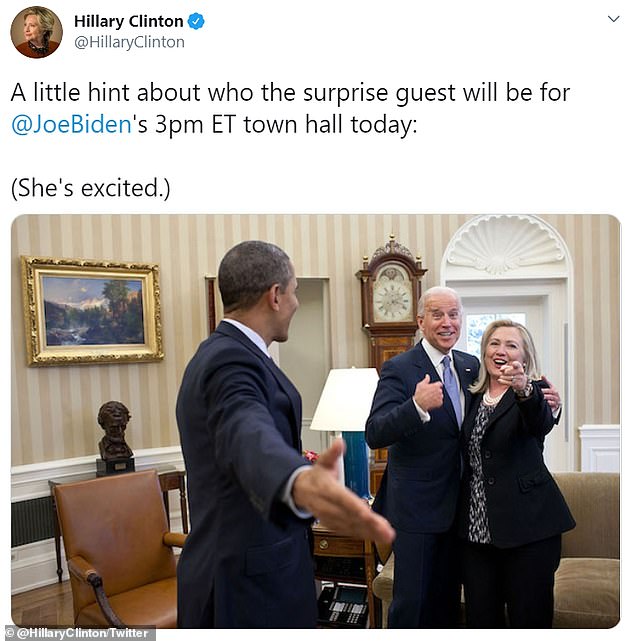 Clinton tweeted two hours before the event was to begin a ‘little hint’ that she would be joining the former vice president. Biden’s campaign made it official several minutes later 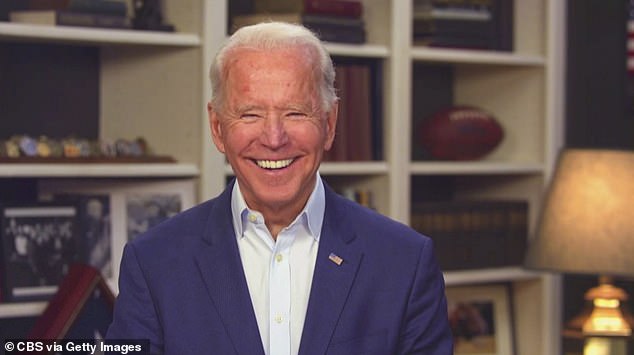 Due to the coronavirus pandemic, Biden has been holding campaign events via livestream from the basement rec room of his Wilmington, Delaware home 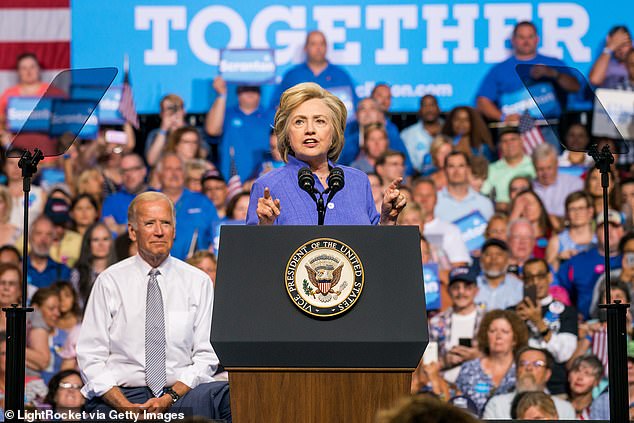 ‘Women have the right to tell their story, and reporters have an obligation to rigorously vet those claims,’ Deputy Campaign Manager and Communications Director Kate Bedingfield said in March. ‘We encourage them to do so, because these accusations are false.’

This week, a neighbor of Reade told Insider that she recalled hearing about it during the era in which Reade said the incident occurred.

‘This happened, and I know it did because I remember talking about it,’ she told the publication.

Another source, a woman named Lorraine Sanchez who worked with Reade in the office of a state senator in the mid 1990s, told the publication that she recalled Reade saying she was fired after raising concerns about sexual harassment from her former boss. Tara Reade, who worked for Joe Biden in 1993, accused him of sexual assault in a number of interviews – including this one on Hill.TV. She had previously accused the ex-senator of touching her neck. In new interiews she accused him of putting his hand down her skirt 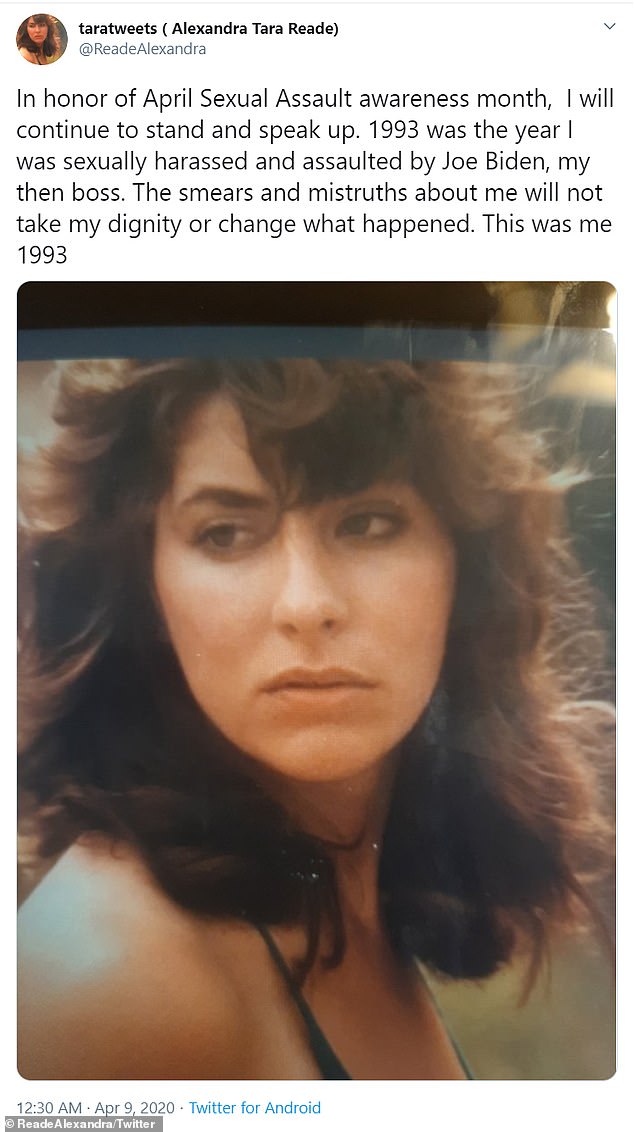 Earlier this month, Tara Reade posted a photograph of herself in 1993, the year she claims Joe Biden sexually harassed and assaulted her

These women came forward after a clip came out that allegedly shows Reade’s mother phoning into ‘Larry King Live’ in 1993 and asking if her daughter should go to the press about a ‘prominent senator’ behaving badly.

Reade, who was among the women who came out last year with stories about Biden being too handsy,  said she was assaulted by the former U.S. senator in 1993 in a Capitol Hill hallway.

Reade’s first accounts of the alleged assault were told to Katie Halper for her ‘Katie Halper Show’ podcast. She was also interviewed by Hill.TV and Vox.

Reade told Halper that the assault occurred after she was told to deliver a gym bag to the then-senator. Reade said she tracked down Biden on Capitol Hill and he remembered her name.

‘And then we were alone. And it was the strangest thing. There was no, like, exchange really, he just had me up against the wall,’ she said.

Reade said Biden said to her, ‘Come on man, I heard you liked me.’ Biden was married to his second and current wife, Jill, at the time.

‘He implied that I had done this,’ Reade told the podcast host. ‘You’re nothing to me,’ she claimed Biden said to her. ‘Nothing.’

Reade shared her interview with Halper on her now-locked Twitter account adding, ‘Please stay in Bernie.’ She supported Sanders over Biden in the 2020 Democratic primary.

Now there are calls for Biden to personally address Reade’s allegations, as more people have come forward to corroborate her claims. 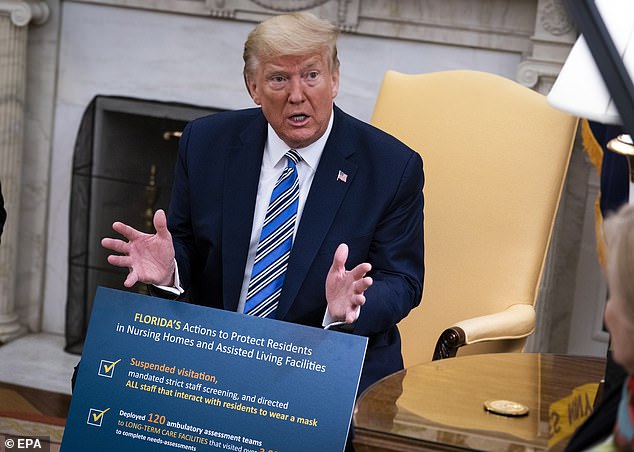 President Trump has faced a myriad of sexual assault and harassment allegations, but denied them all 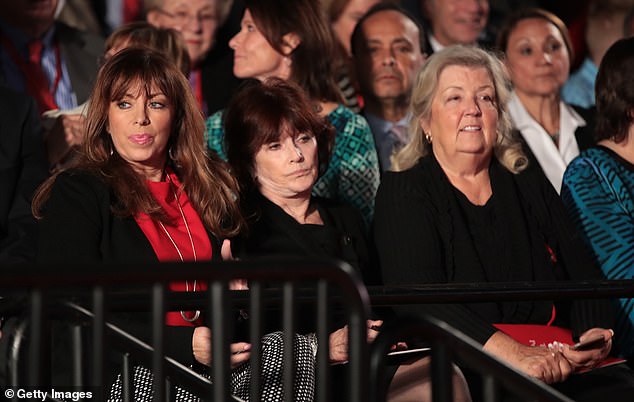 When Trump ran against Clinton in 2016, he brought a number of women who have accused Bill Clinton of sexual misdeed to an October presidential debate on the heels of the ‘Access Hollywood’ tape release, which advisers feared would tank his presidential campaign

President Trump has faced a myriad of sexual assault and harassment allegations too.

He’s denied all of them.

But he apologized for the release of the infamous ‘Access Hollywood’ tape where he boasted about being a celebrity and said that meant he could do anything to women, including ‘grab them by the p****.’

He argued, however, that Hillary Clinton, his 2016 general election rival, was worse because she helped her husband, President Bill Clinton, get away with sexual misdeeds – while Trump merely engaged in ‘locker room talk.’

Trump famously paraded around some of Bill Clinton’s accusers at the second presidential debate on the heels of the ‘Access Hollywood’ tape’s release.

At the time it appeared to be a hail Mary pass, as many believed the tape would tank the GOP nominee’s campaign.

The Biden event with Clinton was originally billed by the Biden campaign as a Women’s Town Hall with a ‘special guest.’

Two hours before it was set to begin, Clinton sent out a tweet suggesting she was said guest.

‘A little hint about who the surprise guest will be for Joe Biden’s 3pm ET town hall today,’ she tweeted.

She included a picture of the two of them together in the Oval Office alongside President Barack Obama.

The Biden campaign confirmed minutes later that it was indeed Clinton who would appear.

Later Biden tweeted out, ‘(I’m with her.)’ in response to Clinton’s tweet.

She served alongside Biden in the Obama administration as secretary of state.

Biden has received a flurry of major Democratic endorsements since Sanders, his final rival, dropped out of the race earlier this month.

Earlier this week he received one from House Speaker Nancy Pelosi.

Kicking off the week of April 13, Sanders was the ‘special guest’ on Biden’s livestream programming and gave the ex-veep the nod.

Sanders was quickly followed by Obama and Elizabeth Warren, who also sought the 2020 Democratic nomination before dropping out after Super Tuesday when Biden won 11 of 14 races.

Trump’s campaign for re-election reacted to the Biden-Clinton link-up with glee.

‘There is no greater concentration of Democrat establishment than Joe Biden and Hillary Clinton together. Both of them carry the baggage of decades in the Washington swamp and both of them schemed to keep the Democrat nomination from Bernie Sanders,’ said Trump’s campaign manager Brad Parscale in a statement sent out Tuesday. ‘President Trump beat her once and now he’ll beat her chosen candidate.’