BBC presenter Huw Edwards has seen at least £120,000 slashed off his salary

BBC News presenter Huw Edwards has seen up to £120,000 slashed off his salary as the Corporation continues to battle accusations of discrimination.

Edwards, 56, has been at the broadcaster for more than three decades and is one of its top earners.

But he has now agreed a pay cut of up to 20 per cent after ‘lengthy and rather difficult’ negotiations, a source told the Mail.

In January, the broadcaster started asking male stars to agree to salary reductions after it became clear that all of the top earners were men, causing a gender pay row to erupt.

Jeremy Vine and John Humphrys are among other leading names to have agreed cuts while Edwards’ salary is understood to have been lowered in recent weeks – with immediate effect. As well as his News at Ten slot, he fronts major national events for the BBC, such as the royal wedding last month.

His stint at Windsor led to Edwards also making the news when he was widely complemented by viewers over his three-stone weight loss. 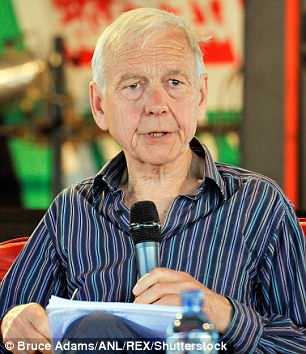 Jeremy Vine (left) and John Humphrys (right) are among other leading names to have agreed cuts while Edwards’ salary is understood to have been lowered in recent weeks – with immediate effect. 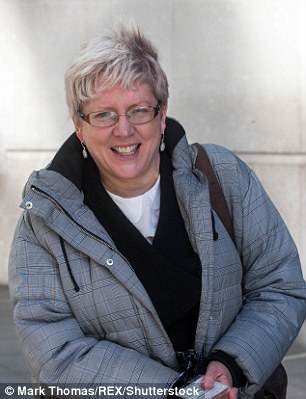 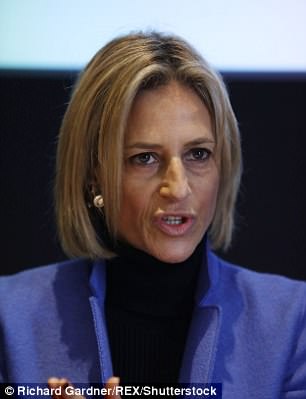 The BBC is making the amendments following a pay battle that led to China editor Carrie Gracie (left) resigning from her post after she was being paid less than her male counterparts. In an effort to balance wages, Newsnight’s Emily Maitlis, 47, was handed a pay bump

The BBC is making the pay amendments following an equal pay battle at the organisation that led to China editor Carrie Gracie resigning from her post after she discovered her salary was significantly lower than male counterparts in similar positions.

She was on £135,000 a year and she quit in protest at widespread ‘pay discrimination’ when it was revealed that colleagues such as at North America editor Jon Sopel were on up to £250,000.

In July last year, the BBC revealed the pay of on-air talent earning more than £150,000. Shockingly, two thirds of stars on the list, including the top seven earners, were men.

Staff were so outraged that women at the organisation staged a protest outside the BBC’s headquarters.

In an attempt to appease female talent at the corporation, some stars, including Newsnight’s Emily Maitlis, 47, were handed pay bumps. 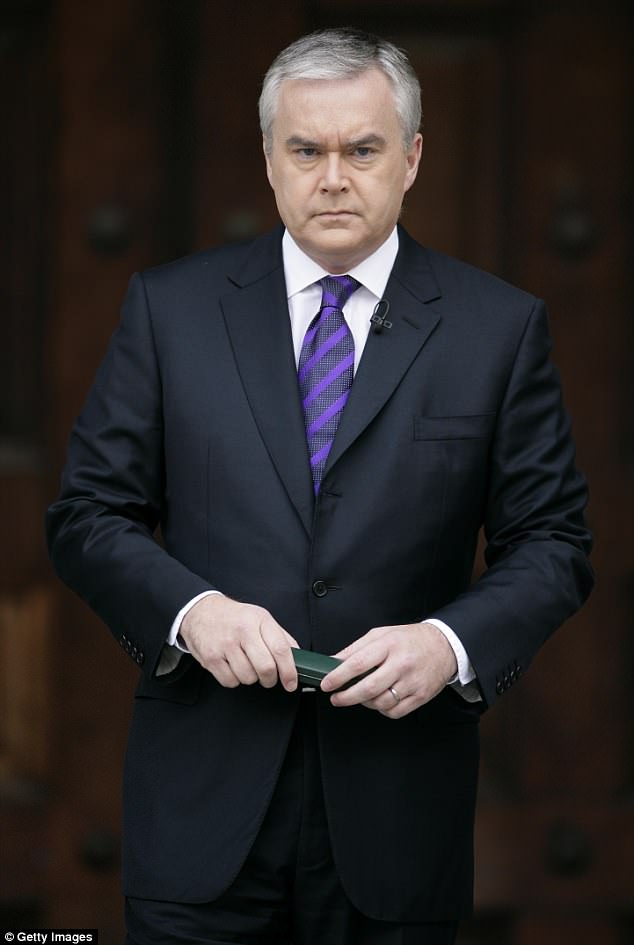 But Eddie Mair is still holding out

Radio 4 presenter Eddie Mair is now believed to be the only top earning male star at the Corporation not to have agreed to have his wage reduced as the BBC attempts to tackle its equal pay crisis.

The 52-year-old hosts news programme PM and has built a loyal following among listeners after taking over as the show’s sole presenter in 2003.

The fact that Mair, who joined the BBC in 1987, is reportedly stalling discussions with the BBC is said to have left Radio 4 managers ‘infuriated’.

The broadcaster cannot force him to bow to its demands but yesterday claimed the radio host had expressed a ‘willingness’ to comply.

In January, the BBC promised to draw-up a new on-air pay framework with clear and narrow salary bands – but this has yet to be published.

The revelations surrounding Mr Edwards’ slimmed down pay comes after he was asked about a pay cut in an interview with City University’s magazine published this month. Mr Edwards answered: ‘Who says? Have I taken a pay cut?’

In the interview, believed to have taken place several months ago, the piece says Edwards explained ‘that there is a difference between taking a pay cut and agreeing in principle to do so’. But yesterday, a BBC source said his position had now changed.

The source said: ‘The process has been lengthy and rather difficult but Huw is relieved an agreement has finally been reached’.

Radio 4 presenter Eddie Mair is now understood to be the last male big earner not to have reached a deal for his hefty pay to come down.

A BBC spokesman said of his position: ‘It is wrong to suggest Eddie is resisting a pay reduction – we are in ongoing discussions with Eddie and he has expressed his willingness to take a pay reduction.’

Of the fact that pay negotiations at the organisation had reportedly been stalled because of the radio presenter, the spokesman said: ‘We’re still consulting with the joint unions and our staff.

‘The process is progressing well and we’ll report back soon. It would never be the case that one individual’s pay or circumstances would delay a BBC-wide review process such as this.’

The BBC will not comment on the individual salaries of its workers.