Abandoned to terror: His father won the MBE for saving the British Embassy from the Taliban… but as murderous fanatics advance, this loyal Afghan is denied sanctuary in Britain

By David Williams and Mark Nicol For The Daily Mail

His family have bravely and loyally overseen security at the British Embassy in Kabul for 70 years.

But Afghan translator Mohammad fears he will soon be abandoned by the UK and left at the mercy of the vengeful Taliban.

Mohammad followed in the footsteps of his father and brothers in becoming a guard, security supervisor and translator over the two decades Britain has been involved in the quagmire of conflict in Afghanistan.

But when he applied for sanctuary in the UK fearing Taliban reprisals once Western troops withdraw, his case was rejected.

Mohammad followed his father Zahoor (pictured) in becoming a translator at the British Embassy in Kabul. But when he applied for sanctuary in the UK, his case was rejected

On a day when the Helmand capital Lashkar Gah came on the brink of falling to the insurgents following days of intense fighting against Afghan government forces, Mohammad said of the decision: ‘I was very disappointed.

‘I am scared of the security situation as it becomes worse as everyone knows my family’s connection to the British Embassy. We have been here beside our trusted friends for many, many years and that will make me a target.

The father of two, 45, said the Taliban have every reason to remember his family’s ties to the British.

His late father Zahoor worked as a guard and supervisor at the embassy for 50 years and had a remarkable history which saw him awarded an MBE in 2002.

When UK diplomats withdrew from the embassy in 1989 after the Soviet pullout from Afghanistan, Zahoor and a second guard, Afzal, continued to turn up for work every day protecting the compound. 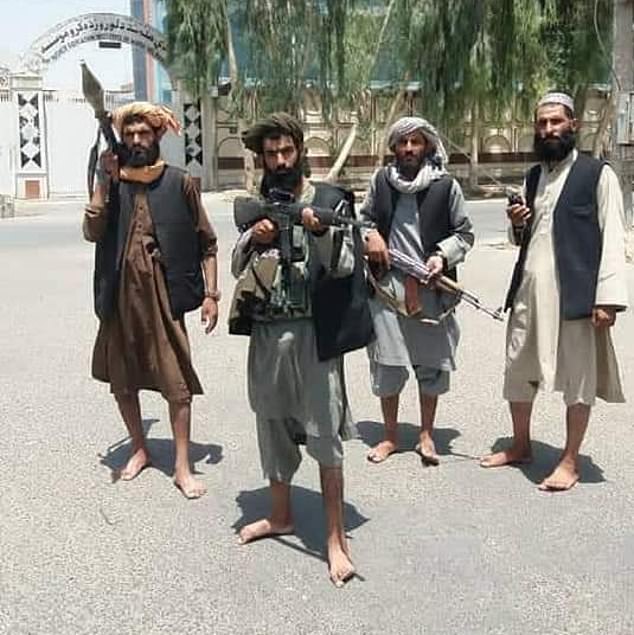 On a day when the Helmand capital Lashkar Gah (Taliban fighters pictured there) came on the brink of falling to the insurgents, Mohammad said of the decision: ‘I was very disappointed’

They even hid the silver teapots, Wilton china and crystal glasses under a bed.

During the years of Taliban rule, they continued to stand guard and were on duty when British troops arrived at the gates in November 2001 following the ousting of the Taliban.

Pictures of Zahoor receiving the medal hang proudly in the family’s Kabul home. Mohammad said: ‘My family loved and respected the British for their decency, justice and understanding.

‘I have five brothers and they all have worked at the embassy. If we put together our service then it is more than 100 years – and I fear the Taliban will think that is a long time to have been supporters of their enemy.

‘I hope and pray that the British will show me their compassion and change their minds.’

Adding to Mohammad’s feeling of betrayal is the fact three of his brothers working at the embassy have been accepted for relocation. Only Mohammad and another brother, Rahim, 39, have not.

Mohammad was told his case was rejected because he was no longer directly employed by the British Government but via a subcontractor.

He had been directly employed between 2001 and 2004, but when the UK moved its embassy, he and his colleagues were subcontracted, meaning they fell outside the relocations policy. 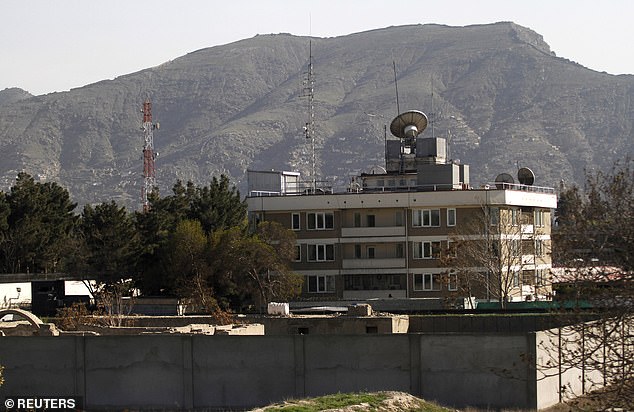 His case mirrors that of Farid, 37, a senior interpreter who worked at the embassy for 17 years but was denied relocation.

Within hours of his case being highlighted by the Mail’s award-winning Betrayal of the Brave campaign on Saturday, the decision was reversed – a move understood to have come after Foreign Secretary Dominic Raab was told about the rejection.

Now Mohammad hopes he too will be saved. Farid said: ‘Mohammad is a very good and loyal man.

‘His father was famous because of how he defied the Taliban, his brother was the ambassador’s driver – they are all known as ‘British’. Mohammad will be a Taliban target.’

Mohammad’s case has been taken up by the Sulha Alliance, which campaigns for translators and other Afghan workers.

Founding member Sara de Jong said: ‘How can the Government deny Mohammad our protection through relocation to the UK? This demonstrates a major flaw in the Afghan relocation policy.’