With sex scandals engulfing Hollywood, the enduring inequality between the sexes seems more prevalent than ever.

Now a historian has pinpointed a pivotal moment in history for the growing power divide between men and women – and claimed it’s been ‘downhill’ ever since.

Bettany Hughes says that in the Bronze age prehistoric women were wealthy landowners and were respected priestesses.

But when ‘greedy’ rulers wanted to invade foreign lands they started to prioritise recruiting strong soldiers, rather than promoting the advancement of women, and so citizens began worshipping a strong, warrior god who would become the ideal.

Speaking exclusively to FEMAIL, Bettany said: ‘They needed not just mothers, but muscle.’

Historian Bettany Hughes says inequality between the sexes came after the Bronze Age, during which women had been landowners and high priestesses

Women in the Bronze Age were allowed to be involved in governance, owned land and were taxed, indicating that they had their own money to spend.

Bettany said: ‘If you look back at the Bronze Age there was a moment, and I’m absolutely not saying it was equal or there was a matriarchy, but if you look in those early civilization[s]… women seemed to have status and standing.

‘That’s almost prehistory, back in the Bronze Age. Around three and a half thousand years ago that stopped and it feels like it’s been pretty much downhill since. It’s no surprise to me there’s a lot of catching up to do.’

Bettany explained that after the Bronze Age, rulers wanted to invade foreign lands and needed armies to help them do so. 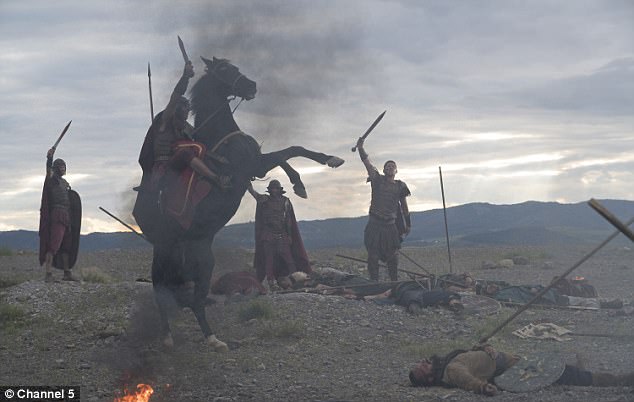 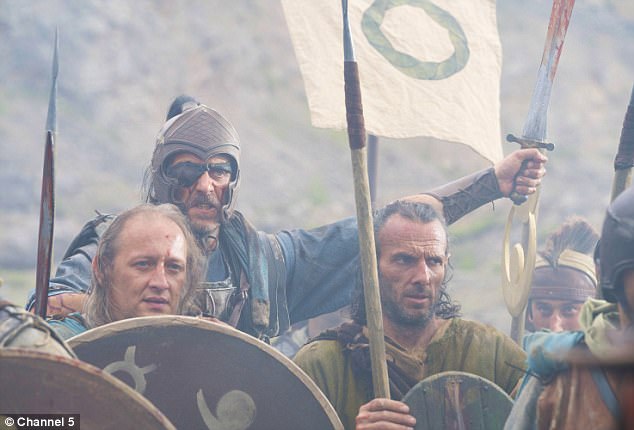 It was then that people began worshiping a single warrior god and the emphasis on men being the stronger sex began.

Bettany explained: ‘In very broad terms, what seems to happen is women are there in the DNA of civilisation, but in the stem cell of civilisation, something goes a bit wrong, and I think what it is [is that] basically we get a bit greedy.

‘We have these beautiful Bronze Age civilisations, they can make exquisite art work, they can create stable communities and then we get greedy. You need a standing army so real muscle suddenly starts to count for a lot more.

‘It’s at that point where things start to change, where you see a smiting god starting to be worshipped and elevated, whereas up until then the single warrior god had been one of many gods – not the preeminent god.

‘There is basically a shift over time which is to do with people being greedy and wanting to take other people’s lands – and in order to do that you need not just mothers, but muscle.’ 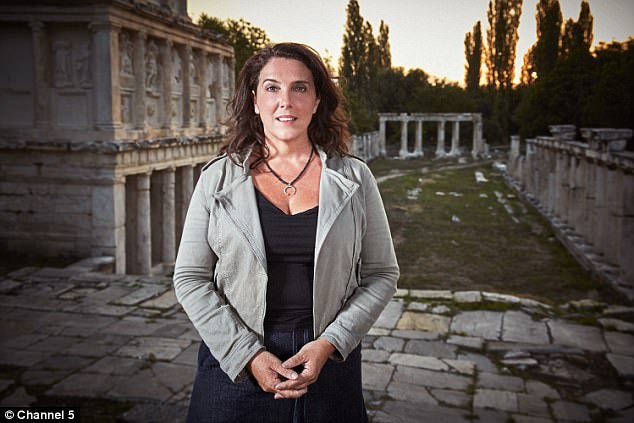 Bettany presents Eight Days That Made Rome, a series that focuses on how Rome became a superpower

Bettany’s new series Eight Days That Made Rome focuses on how Rome became a great superpower, but women in Roman times were not held in high esteem.

The historian believes our enduring interest in Ancient Rome comes from its continued influence on modern life.

Forty per cent of the words we use are either Greek or Roman in origin, the Romans laid down laws that are the basis for European laws today, and they divided up territories creating borders that are still in place today.

But Roman women were not able to play a big part in the city’s history, as they were limited to being homemakers and couldn’t govern.

Still, there were some women who managed to use their position in the home to wield power through their families.

The Roman Empire included most of what would now be considered Western Europe.

In its early years, Rome lived in fear of its more powerful neighbour, Carthage. 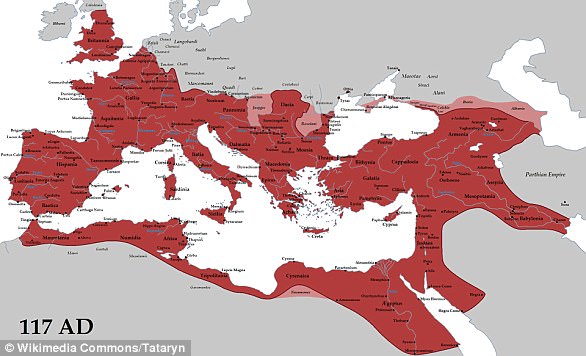 The Roman Empire included most of what would now be considered Western Europe. The main countries conquered included England/Wales (known as Britannia), Spain, France, Greece, the Middle East and the North African coastal region

With Carthage defeated, the Romans became the most powerful Mediterranean state, allowing them to expand their power throughout Western Europe.

At the height of its power, in 150 AD, Rome controlled the greatest empire ever seen in Europe.

But ironically, the sheer size of the empire was also the major reason for the collapse of the Roman Empire.

The Roman military could no longer efficiently safeguard its many borders, and the Empire officially ended on 4 September 476 AD, when Emperor Romulus Augustus was deposed by the Germanic King Odacer.

Many of the greatest inventions that we still use today were invented by the Romans.

These include public toilets, newspapers, locks and keys and the magnifying glass. 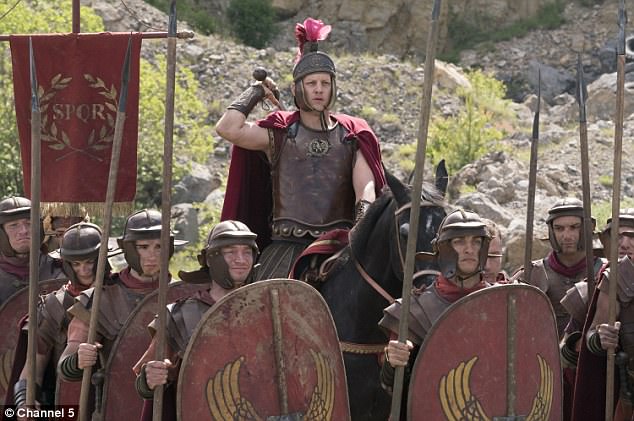 Roman women were limited to running a home, but some managed to wield power through their families

Bettany said: ‘ What’s really interesting actually is that they were allowed to be businesswomen, so we hear a lot about very high-powered effective Roman businesswomen and we know of certain characters who were very influential.

‘We tell the story about Nero and his extraordinary relationship with his mother. Talk about a love hate relationship, the rumours were that they’d slept together at one point. She was incredibly involved in his rise to power, she was quite controlling of him.

‘She managed to wield power through her family, and that was a way a lot of Roman women did manage to wield power. But… this is a very macho society so women did not have the chance to rule the world as Romans.’

Eight Days That Made Rome airs Friday at 9pm on Channel 5.